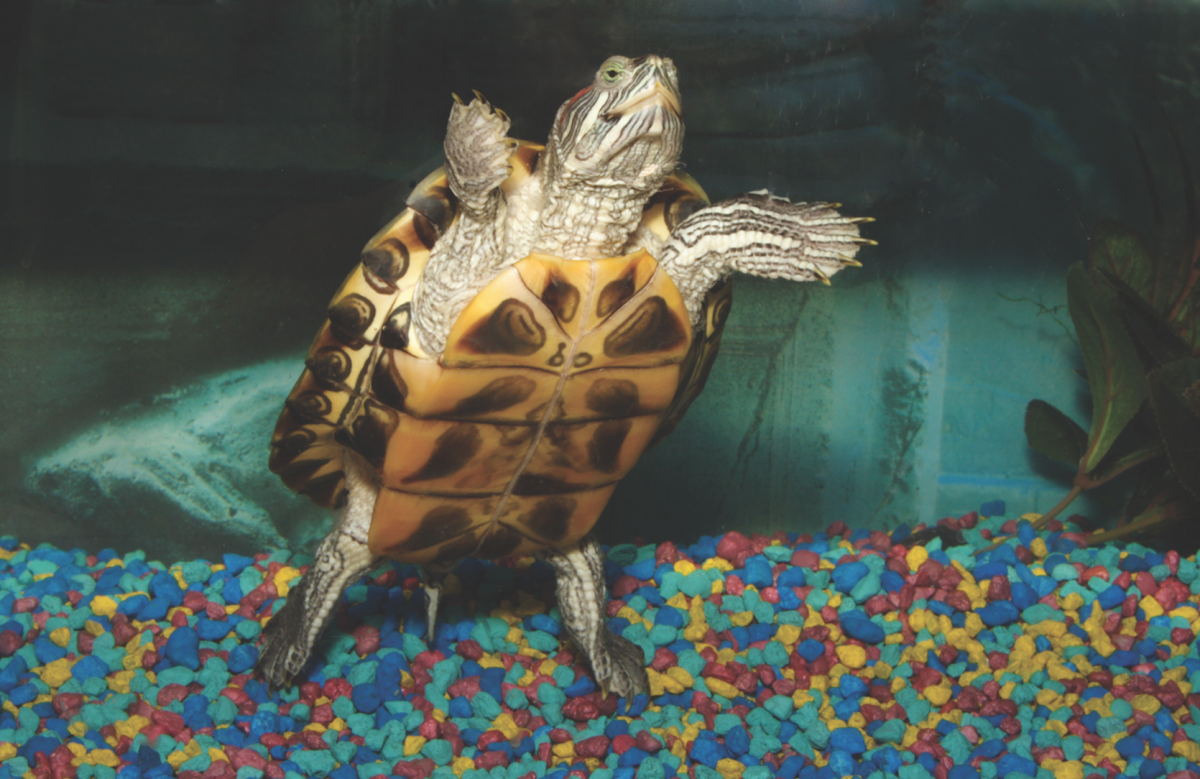 Children are disproportionately affected by turtle-associated salmonellosis, not only through increased susceptibility but also through increased hand-to-mouth behaviors. In 1975, the Food and Drug Administration (FDA) placed a federal ban on the sale and distribution of small pet turtles due to rates of invasive disease, which in combination with state and local legislation is estimated to have prevented approximately 100,000 infections per year in children.

Outbreaks were identified through the Centers for Disease Control and Prevention (CDC) requests of local health departments for all Salmonella infections associated with turtle exposure. Specific serotyping and molecular fingerprinting were done at the CDC. Further data were explored using PulseNet, the national molecular subtyping network for foodborne disease surveillance. State and local health departments also have a collection of interviews of case patients that can be used to identify exposure points and any association between reptiles the patient has been in contact with and Salmonella. State and local public health and regulatory agencies collected swab and water samples from turtles and turtle tank water at patient homes and at retail establishments where case patients reported obtaining turtles. Data were analyzed using the χ2 test, and continuous data were compared using the Wilcoxon rank sum test.

In total, 8 outbreaks were identified, totaling 473 cases from 41 states, Washington DC, and Puerto Rico. The median patient age was 4 years, and 74% of all the case patients were younger than 18 years. Forty-five percent of patients were Hispanic, and 28% were hospitalized. Case patients reported turtle exposure 68% of the time (187 of 273) in the week prior to illness, and 88% of those turtles were defined as small turtles (shell length < 4 inches).

More focused questionnaires were completed for 102 of the case patients. Turtle exposure most frequently occurred at home. Often children younger than 5 years (29 of 56, 52%) had direct contact. Cleaning practices were also shown to be a route for cross-contamination—turtle droppings were disposed of in sinks or bathtubs by 46% of owners, and 35% of owners kept turtles in kitchen sinks, bathroom sinks, or bathtubs during habitat cleaning. One caregiver reported that an infant became ill after baby bottles and the pet turtle were cleaned in the same sink.

The turtles were often obtained through untraceable sources as well as through street vendors and flea markets; some turtles were received as gifts. Only 13% of case patients purchased turtles from pet stores. Due to laboratory and traceback information that was shared with the FDA and the Louisiana Department of Agriculture and Forestry, cease and desist orders were issued to 2 Louisiana turtle farms, halting their domestic distribution of small turtles. By September 2012, the number of cases decreased by over 50% and has continued to decline.

Primary care providers should consider discussing these concerns about turtles when safe pet care is discussed at health care maintenance visits, especially in the case of children younger than 5 years. Although underlying reasons were not explored within this study, it is certainly of note that a large proportion of case patients affected were Hispanic. Health care providers who serve these communities, therefore, should be particularly vigilant. Educational brochures and posters that can be used for patient education are available in multiple languages through the CDC.

Jessica Tomaszewski, MD, is an assistant clinical professor of pediatrics at the Sidney Kimmel Medical College at Thomas Jefferson University in Philadelphia, Pennsylvania, and a hospitalist pediatrician at Nemours/Alfred I. duPont Hospital for Children in Wilmington, Delaware.