The University of Texas Medical School at Houston

On physical examination, swelling of the left jaw was present, but the girl denied pain, dysphagia, odynophagia, and any facial motor or sensory changes. Computed tomography (CT) results showed a unilocular cystic mass of the left mandible, measuring 4.2 × 3.1 × 3.4 cm and encompassing an unerupted third molar; cortical thinning was present (A). 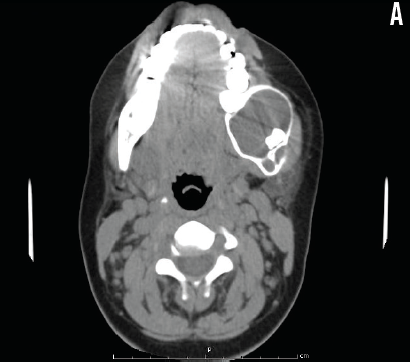 Because of the risk of a pathologic fracture, she was placed on a non-chewing diet. The next day, a biopsy revealed a cavernous, expansile lesion filled with straw-colored viscous fluid.

Seven days later, the oral and maxillofacial surgeon resected the tumor (B). Resection was chosen over enucleation and marsupialization to minimize the risk of recurrence. Reconstruction proceeded using the patient’s right seventh rib, an anterior iliac crest bone graft, a bone morphogenetic protein (BMP), and a bone marrow aspirate applied with a titanium plate and resorbable mesh crib. Her jaw was immobilized with intermaxillary fixation, and a drain was placed. Pathology results confirmed that the mass was an ameloblastoma. Postoperative CT was done showing the implanted bone graft (C).

On postoperative day 1, she was started on a full liquid diet. One dose of dexamethasone was given, and a regimen of ampicillin-sulbactam was started. She was discharged home on postoperative day 2 to complete a 7-day course of amoxicillin-clavulanic acid, and she was prescribed hydrocodone-acetaminophen as needed for pain relief. On postoperative day 5, she continued to have facial swelling, an expected effect with BMP, and she was instructed to elevate the head of her bed 30° for sleeping until the swelling subsided. A full liquid diet was recommended until discontinuation of the jaw immobilization in 3 weeks. Her plasma 25-hydroxyvitamin D level was found to be 13.4 ng/dL, and supplementation was started. 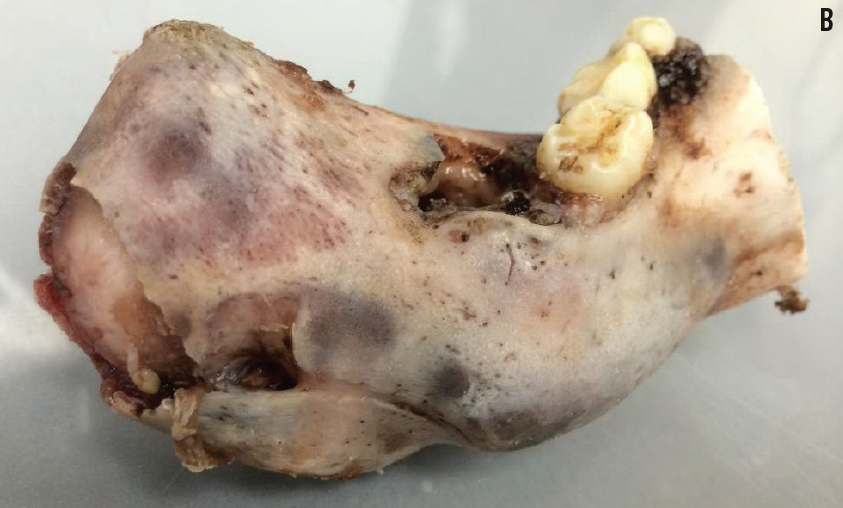 Unicystic ameloblastoma (UA), a neoplasm originating from epithelium involved in dental formation, was first described in 1977.2 The majority of cases, like that of our patient, involve the posterior aspect of the mandible.3 Despite its benign nature, UA is locally invasive and can lead to pathologic fractures.4,5

The 3 subtypes of UA are luminal, intraluminal, and mural.3 Several proteins have been implicated in tumor progression,6 but controversy exists about whether UA represents a de novo neoplasm or is a derivative of a non-neoplastic cyst that has undergone transformation.5 Unlike other subtypes of ameloblastoma that present later in life, UA usually presents in the second decade of life.7,8 When UA is associated with an unerupted tooth, the mean age of presentation is 16 years.8 There is no sex predilection.3 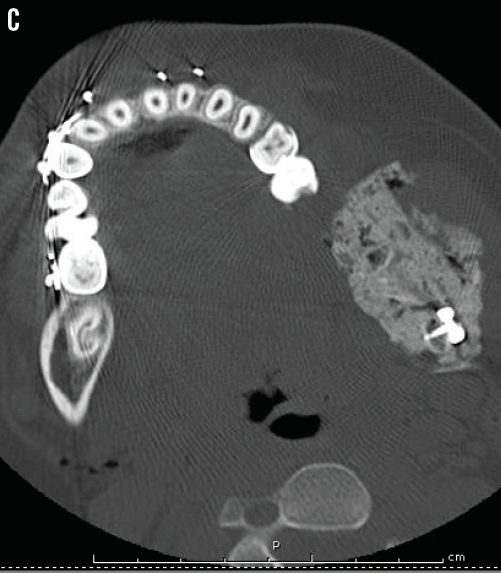 Treatment approaches include enucleation, marsupialization, and resection, the recurrence rates for which are 30.5%, 18%, and 3.6% respectively.9 When resection is chosen, autogenic bone grafting, bone marrow aspirate concentrate, BMP, or a combination of these are used in an attempt to replace resected tissue and restore functionality.10,11 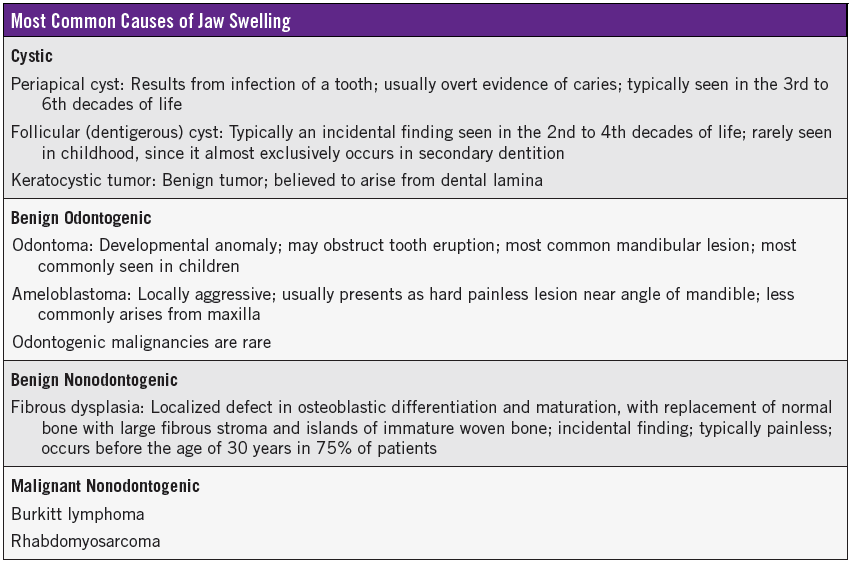