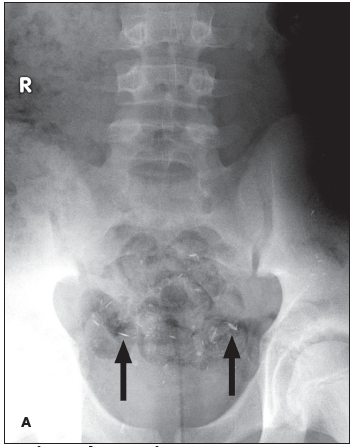 A 12-year-old otherwise healthy boy was referred to a sports medicine clinic for back pain of 7 months' duration. The pain, which originated to the right of his thoracic spine, was associated with shooting hockey pucks. Results of his physical examination were normal.

Because of the duration of the pain, radiographs were obtained. They revealed a large amount of stool as well as an extensive number of radiopaque foreign bodies distributed throughout the colon (A). The boy--a habitual nail biter--denied foreign-body ingestions. His mother, however, recalled that she had seen her son chewing on one of his several rubbery "LiveStrong" bracelets. 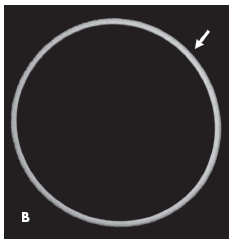 Radiographs showing one of these bracelets (B) confirmed the radiopaque nature of the wristband, write Elizabeth Feighan, MD, and Chip Gilkeson, MD, of University Hospitals of Cleveland. The wristband was al-so cut into fragments and placed in a water bath for further confirmation (C). These tests confirmed the similar appearance to the radiodensities seen in the radiographs.

The patient responded well to magnesium citrate and physical therapy. 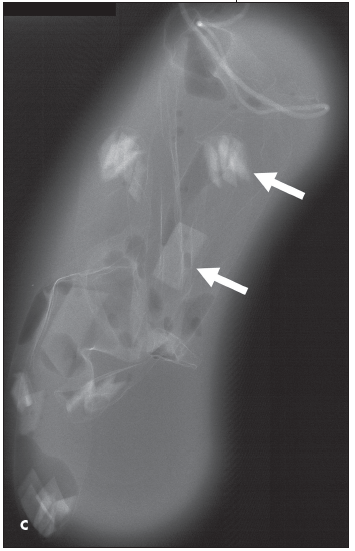