Cutaneous Xanthosis as a Manifestation of Diabetes Mellitus

Physical examination. During the physical examination, yellow discoloration of the palms and, most prominently, the nail beds was noted. According to the patient, the discoloration had been of recent onset. His conjunctivae were not icteric. He denied any recent consumption of carotenoid-rich foods such as carrots, sweet potatoes, pumpkins, spinach, or squash. 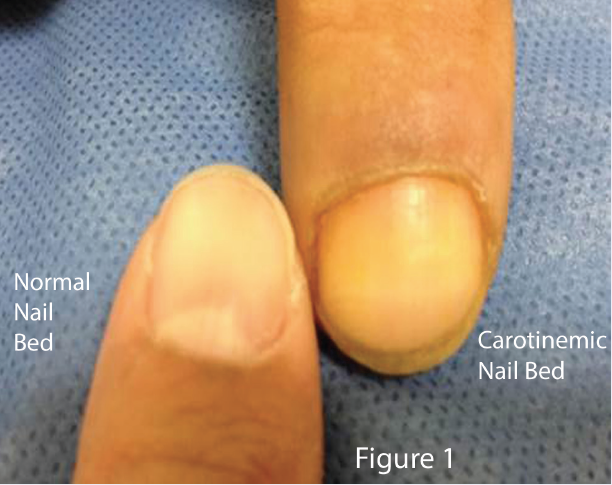 Diagnostic tests. His fasting glucose level was 286 mg/dL, and his glycated hemoglobin concentration was 10.7%. Levels of serum bilirubin and hemoglobin were within normal limits, as were the results of thyroid function tests.

Excess consumption of foods rich in carotene have been related to increased levels of serum carotene, which can give a yellow hue to the skin. But our patient denied recent consumption of carotene-rich foods.

Kidney disease and hypothyroidism have been reported to cause yellow discoloration of the skin; however, our patient’s diagnostic test results showed normal kidney function and thyroid function. 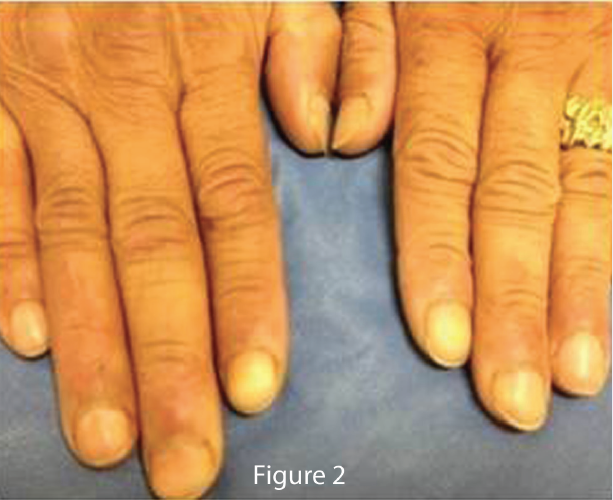 Discussion. Cutaneous xanthosis may be associated with hypercarotenemia, hypothyroidism, liver disease, and kidney disease, but it also is a rare dermatologic presentation of uncontrolled diabetes. It was first described by Von Noorden in 1904 as xanthosis diabetica, which he used to describe a diabetic patient with yellow discoloration of the nasolabial folds, palms, and soles.1

Due to its rarity, very limited information about its etiology is available in the literature.1-4 However, it is believed to be caused by certain end-products associated with the nonenzymatic glycosylation of dermal collagen, one of which, 2-(2-furoyl)-4[5]-(2-furanyl)-1H-imidazole, has a characteristic yellow hue.5 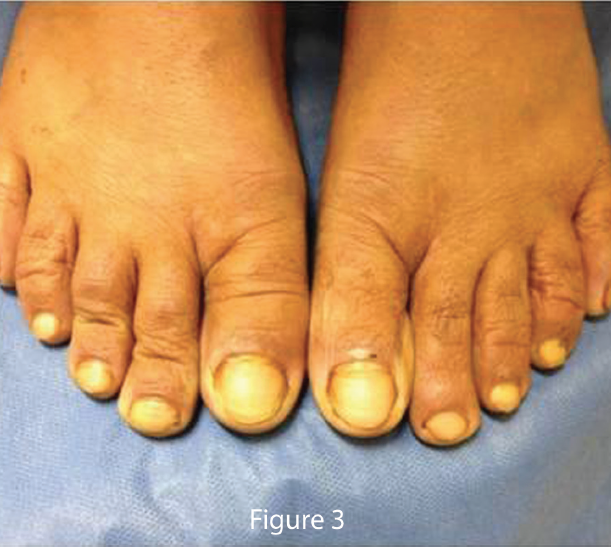 Outcome of the case. The patient was treated with a regimen of insulin glargine and sliding-scale insulin lispro for diabetes management. During subsequent clinic visits, the man’s skin discoloration was noted to have improved with better glycemic control.