Q&A: The Role of Antidepressants in the Treatment of Depression 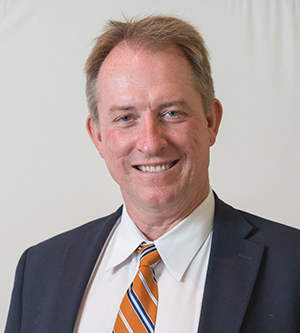 Psych Congress cochair Charles Raison, MD, wants mental health clinicians to be aware of the limits of standard antidepressants as well as the transformational changes emerging in the treatment of depression. At Psych Congress 2019, he will present a 75-minute session titled “Faded Love: A Critical Look at the Strengths and Weaknesses of Antidepressants for the Treatment of Major Depression.”

Here, in part 1 of a 4-part Q&A series, Dr. Raison discusses the reasons he decided to speak on the subject this year. Check back soon at DepressionCare360 for part 2, in which he will describe problems that can develop as a result of long-term treatment with standard antidepressants.

Q: Why did you decide to present on this topic at this year’s Psych Congress?

A: There is a growing realization, as the data accumulates, that standard antidepressants, while hugely useful, have just as huge limitations, and a lot of problems that we weren't fully aware of in their glory days during the 1990s and early 2000s. So, partly it's because I want to help clinicians understand why they see the problems they do.

The other reason is more hopeful, which is, it's a lot easier to talk about the disappointments and difficulties of things that you rely upon when there are hopeful, new things on the horizon. If this was just a lecture about “hey, antidepressants really have some problems,” that's just a solid downer. The reason that this also is a good time to do this talk is for the first time in a generation, we have these very promising new treatments on the market—or not on the market, but that are being studied—that are very, very different and I think are going to hold some real advantages. We're really at a point, I believe, of a paradigm shift in how we think about the pharmacologic treatment of depression.

I think what we're learning overall is that as with almost all drugs that interact with the brain, taking something that is chronically stimulating receptors—while it can be effective—comes at the cost of changing the brain in ways that can make the brain dependent on the medicine to feel normal, that it can perhaps reduce resilience. I think increasingly we're recognizing it's just not the greatest thing in the world to have a medication just constantly stimulating the brain and that a more successful strategy is something like, I've started calling it, pharmacologic weightlifting.

You think about how people lift weights. They don't lift weights 24 hours a day, 7 days a week. If you did that, your muscles would fall apart, but if you really put them through a workout, it breaks the system down, but then it lets it recover, and it comes back stronger, more resilient. Some of these new treatments, they’re episodic treatments. So basically, this new paradigm is emerging where there's a biological thing that you do; you hit the system with it. It's on the system for a time-limited period, but when it's gone it sets in motion downstream changes. You don't need the drug to be there anymore, just like you don't need to keep lifting weights for your muscles to recover and grow stronger. It's a response to the weightlifting. I think a lot of these treatments are now beginning to look like body and brain have a response to the treatment that outlasts the direct effect of the drugs, and it's that resilience-building, prolonged response effect that I think is going to become a new paradigm for how to use pharmacologic agents to treat mental illnesses.

You can see this with brexanalone, this new treatment that's been FDA-approved for postpartum depression. You treat people for a set period and then they feel better for a considerable period afterwards. In the studies, they're not giving the drug every day interminably. They're treating people for 2 weeks and then seeing how long until they relapse. There's ketamine and esketamine, both of which you don't take every day. You take it and then it provides not a permanent effect, but an extended effect. In these studies, half of the people have been treated on a more regular, couple-times-a-week basis. Some people can go a month, sometimes 2 months without needing a treatment.
You can see it with psychedelics, of course, which is one of my main interests in this area. Data suggest you treat people once and, at least in some studies, people stay in remission for 6 months or longer. We saw this happen with hyperthermia. We treated people once and they felt better for 6 weeks.

So, this is what's so exciting. The last part of the talk talks about the future in this way, but it contrasts with what we're doing now, where we're giving people these daily medicines that A) don't fix most people and B) even in the people they fix, now it often appears that to remain well you have to stay on them forever and there's some evidence that they're taking them for an extended period makes you more vulnerable to having depression over time than less. These drugs, in some people at least, may weaken the brain that way. Just to summarize: Why now? Because data has increased about the challenges and limitations of standard antidepressants, at exactly the time when new treatments that will not have these same challenges are beginning to show up on the horizon.