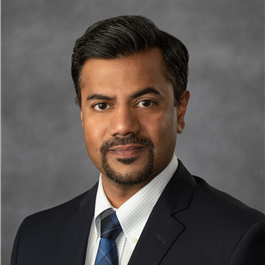 Uncontrolled Asthma: A Woman With Worsening Cough, Dyspnea, and Wheezing

A 21-year-old woman with a history of childhood asthma presented to your office with worsening dyspnea, cough, and wheezing. Previously, her symptoms were controlled with as-needed albuterol alone, which she needed twice a month at most. Her symptoms had worsened over the last 2 months after she relocated to your geographic area. She reported symptoms 4 to 5 days per week and once weekly nighttime awakening from cough or wheezing. She had to cut back on her daily walks and now needs her albuterol more frequently with suboptimal relief. She has not had an asthma exacerbation for many years and does not recall a history of frequent exacerbations.

She denied any symptoms of gastroesophageal reflux disease (GERD) but reported rhinorrhea, sinus pressure, and post-nasal drip. She did not report any new exposures, such as to animal dander. Her asthma control test (ACT) score was 15.

Your physical examination was remarkable for a prolonged expiratory phase with scattered wheezes and tachycardia. Spirometry revealed a preserved FEV1 (>80% predicted). Her fractional exhaled nitric oxide (FeNO) was elevated at 65 parts per billion.

Asthma is a common chronic airway disease, which affects approximately 339 million people worldwide and about 24 million people in the United States.1 This patient had a history consistent with asthma. Her elevated FeNO supports this diagnosis but maybe elevated from other etiologies, such as allergic rhinitis.2 The first step would be to obtain confirmation of variable airflow obstruction with tests such as bronchodilator reversibility or surrogates of airway hyperresponsiveness, such as methacholine challenge testing.3 In the interim, this patient’s symptom frequency (ie, >2 days per week but not daily; nighttime awakenings 3 to 4 per month but not daily), minor activity limitation, and preserved lung function puts her in the mild asthma category.4 Her ACT score suggests that her asthma is uncontrolled, warranting treatment consideration.5

Mild asthma patients account for 50% to 75% of the total asthma population. A common misconception, presumably due to the term “mild,” is that these patients are not at risk for poorer asthma outcomes, such as exacerbations. Studies have shown that 30% to 37% of patients with acute asthma, 16% with near-fatal asthma, and 15% to 20% of fatal attacks occurred in patients reporting symptoms less than weekly or only with exertion in the previous 3 months.6Alongside confirmation of diagnosis and selection of the right inhaler therapy strategy, attention should be paid to her environmental hygiene and correction of modifiable risk factors or comorbidities. For example, treating her for allergic rhinitis may alleviate her cough-related symptoms completely, or at least partially. Finally, she should be followed closely until control is achieved, and inhaler technique and adherence are optimized. Standardized questionnaires such as the ACT aid clinicians in monitoring control (ACT score >19 indicates well-control asthma) and their use is supported by guidelines.3

What the Author Says.

treatment
treatment
Exacerbations Increased After Discontinuing Long-term Use of Mepolizumab for Severe Eosinophilic Asthma
While the long-term safety and efficacy of mepolizumab have been studied, gaps in the literature have remained on the clinical impact of stopping mepolizumab after long-term use. Researchers examined how...
computed tomography
computed tomography
FDA Cleared New CT Imaging Technology, Method
The US Food and Drug Administration has cleared a new method for computed tomography (CT) imaging, in addition to a recently cleared new biomedical imaging technology.
Lyme Disease
Lyme Disease
Lyme Disease Cases Significantly Increased Over Last 15 Years
In the United States, the prevalence of Lyme disease cases continues to grow in certain parts of the country causing an increased public health concern.
immunology
immunology
Increased Levels of Platelet-Related miRNAs Associated With Severe AD
Researchers examined the relationship between plasma and the severity of atopic dermatitis.
risk management
risk management
COVID-19 Roundup: Variant Component in Boosters, Damage to Cardiac Muscle, Hypertension Risk
In this COVID-19 roundup, coverage includes the addition of an Omicron variant component to future vaccine boosters, the relationship between a COVID-19 infection and damage to heart muscle, and how...