A 3-week-old girl was brought to the clinic with a 2-day history of a scalp swelling. There was no history of trauma or scalp manipulation such as combing or massaging. There had been no noticeable change in the size of the swelling or its location since its discovery. The swelling did not seem to be bothering the newborn; she had been feeding, behaving, and sleeping normally. The girl had been born after 35 weeks of gestation and had had a complicated vaginal descent requiring a vacuum extraction. Soon after delivery, she had developed caput succedaneum on the occiput, which had resolved after a few days.

On presentation, she had normal examination findings, except for a small ill-defined swelling approximately 4 to 5 cm in diameter, containing soft, fluctuant fluid, located at the posterior portion of the left parietal bone (Figure 1). There was no evidence of trauma or skin changes. 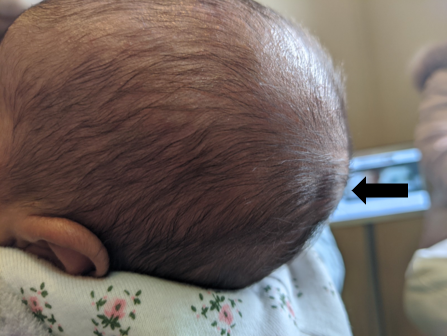 Figure 1. A subaponeurotic fluid swelling in the region of the posterior portion of the left parietal bone.

A diagnosis of spontaneous subaponeurotic fluid collection (SSFC) was made. Although a radiograph of the skull was suggested, the parents declined the imaging study. The newborn was monitored closely, and the swelling subsided completely after 1 week.

The scalp is divided into 5 layers: the skin, subcutaneous connective tissues, the galea aponeurotica, loose areolar tissue, and periosteum (Figure 2). Subaponeurotic fluid collections occur between the galea aponeurosis and the periosteum. This potential space extends forward to the orbital margins, backward to the nuchal ridge, and laterally to the temporal fascia. 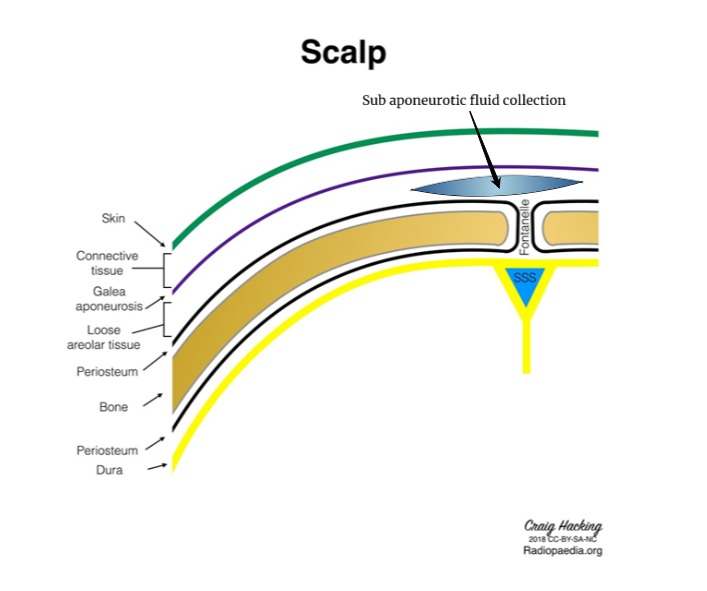 Figure 2. The fluid swelling discovered in the patient was believed to be located between the galea aponeurosis and the periosteum of the scalp. (Illustration by Craig Hacking, BSc [Biomed], MBBS, at Radiopaedia.org.)

The literature is sparse on SSFC. A few case reports have described cases of SSFC in the neonatal period similar to our patient’s case.1-4 Most of the patients were subjected to either scalp electrode placement, vacuum extraction during the delivery, or both. In one report,2 the authors reviewed the cases of 9 children who presented with SSFC to the Hospital for Sick Children in Toronto, with ages ranging from 5 weeks to 11 months. Six patients had undergone a forceps-assisted or vacuum-assisted delivery. In another case series of 3 children between the ages of 5 and 9 weeks, 2 of whom had been born via caesarean delivery and 1 of whom had been delivered vaginally, scalp electrodes had been placed in all 3 patients, with one patient also requiring  vacuum extraction.1 All 3 patients had received plain skull radiographs while 2 of the patients had undergone additional noncontrast computed tomography scanning. These imaging assessments did not indicate any injury, and the density of the swelling was reported as being similar to that of water. In one report, the swelling had been tapped twice and was found to have been cerebrospinal fluid (CSF).3 All of the cases reported resolution of swelling after 5 to 9 weeks without any sequelae.1-4

Summary. SSFC presenting in the neonatal period is typically a benign, self-limiting condition without any known long-term sequelae. The use of scalp electrodes and vacuum extraction may be predisposing factors. Analysis of SSFC fluid has revealed characteristics consistent with CSF. It is suspected that with the use of vacuum extraction or scalp electrodes, the soft skull develops microfistulas that cause delayed CSF leakage. A conservative approach to treatment is recommended.