Wolff-Parkinson-White Syndrome in a Young Athlete

A 13-year-old boy presented with his parents to his general practitioner with a skipping heartbeat, shortness of breath, dizziness, and chest pressure. He was an athlete and had experienced 4 such episodes in 7 months—3 had occurred during physical exertion and 1 at rest. These episodes were described as an “unsteadiness in the heart,” beginning with a few seconds of an irregular rhythm followed by 1 to 2 minutes of a speeding heartbeat. Each episode had lasted approximately 5 minutes, causing him to feel exhausted and dizzy.

He denied syncope and consumption of caffeinated beverages. There was no family history of heart disease or sudden death. The differential diagnosis included cardiac, endocrine, and pulmonary disorders and recreational drug use (Table 1). 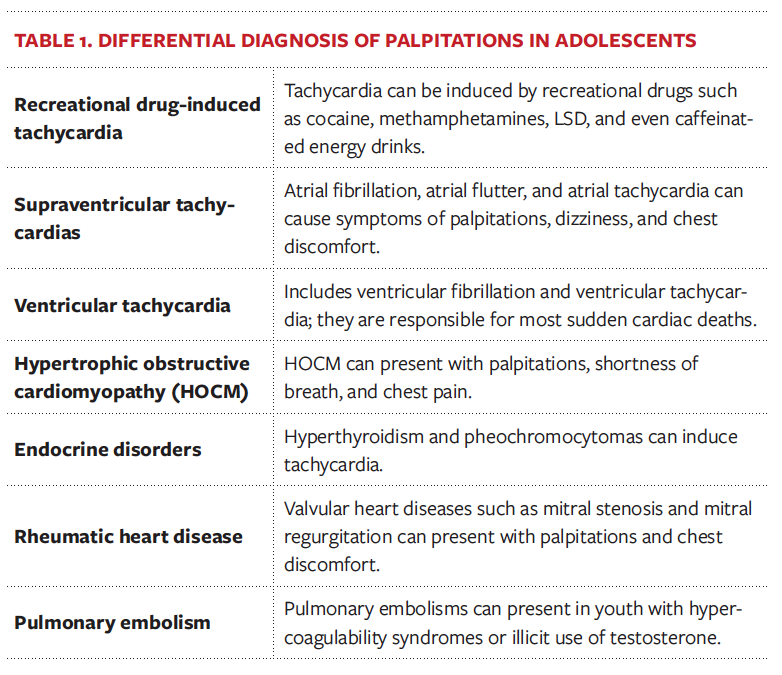 An electrocardiography (ECG, Figure 1) scan revealed the presence of a delta wave, a prolonged QRS interval of 150 ms (abnormal reference range, > 120 ms), and a shortened PR interval of 110 ms (abnormal reference range, < 120 ms)1, which fulfilled the criteria for Wolff-Parkinson-White (WPW) syndrome. The patient was referred to a cardiologist, where a treadmill stress test was conducted to assess the refractory period of the accessory pathway. The test requires patients to walk or run at progressively faster and steeper gradients. Each stage lasts 3 minutes, and total duration is adjusted to the patient's tolerance.2 A 12-lead ECG was connected for the duration of the test. The delta wave persisted during the test, and no arrhythmia was induced. Results of a 24-hour Holter monitor and an echocardiography scan were normal. 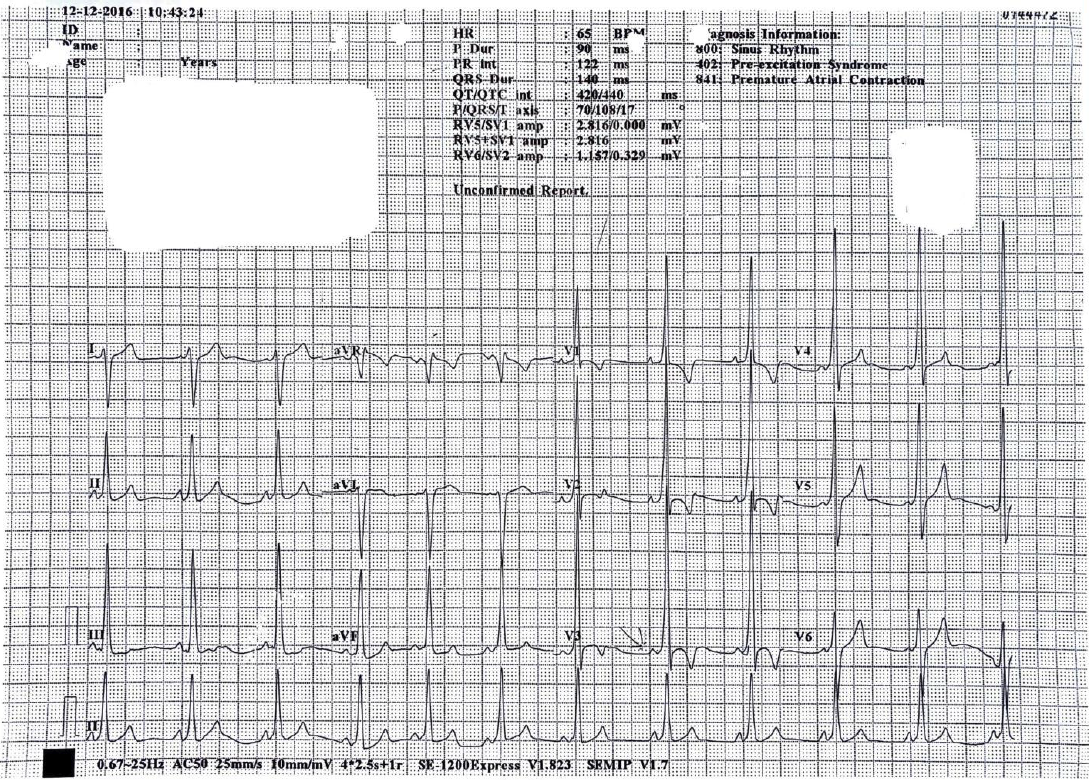 Figure 1. An ECG revealed the presence of a delta wave, a prolonged QRS interval, and a shortened PR interval.

The cardiologist recommended discontinuing vigorous exercise and initiating a β-blocker agent. However, the patient and his parents were hesitant to start a β-blocker agent, as this would interfere with his athletic endeavors.

One month later, at a follow-up visit, an electrophysiologic study (EPS) was conducted, results of which revealed a left anterolateral accessory pathway. At this time catheter ablation was performed, and repeat ECGs returned normal results (Figure 2). The patient had no further symptoms. 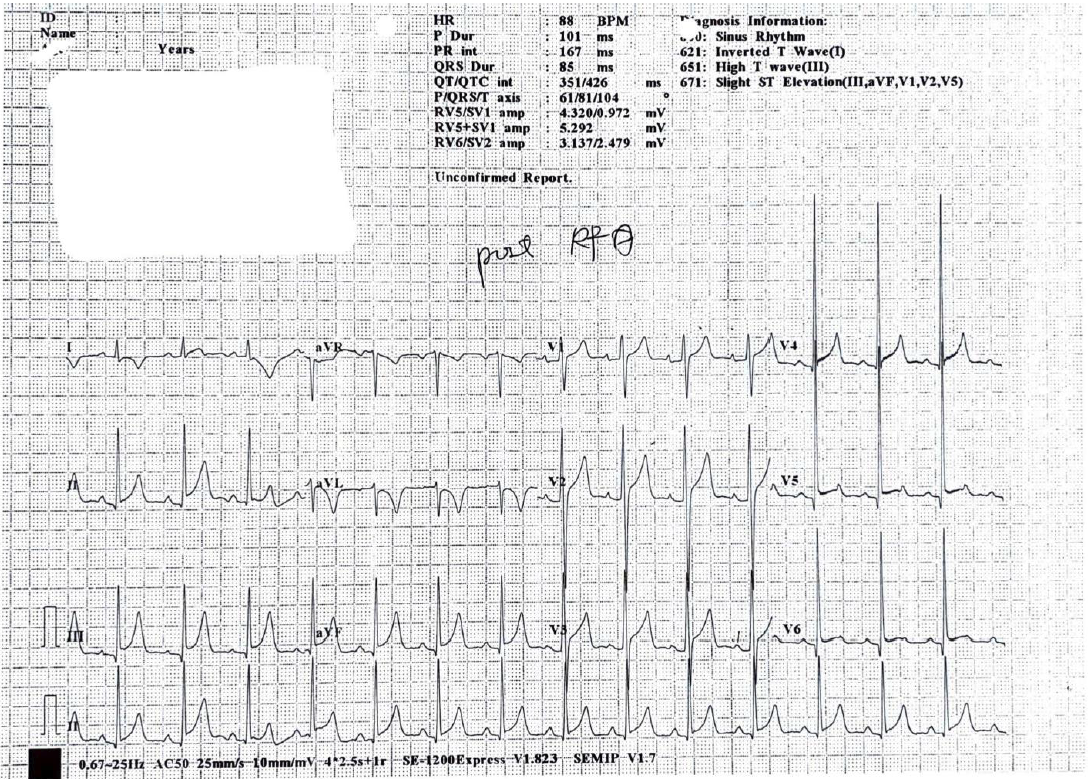 Figure 2. A repeat ECG showed normal results after a catheter ablation was performed

Discussion. WPW syndrome is a congenital electrical abnormality of the heart typically associated with supraventricular tachycardia.1 It is caused by an extra, accessory atrioventricular conduction pathway in which impulses get caught in a circular conduction pattern, travelling around the heart at an increased rate. Symptoms of tachycardia include palpitations, dizziness, fatigue, shortness of breath, and loss of consciousness.3 In rare cases, WPW can lead to sudden cardiac death presumably because of ventricular fibrillation.1

WPW was first described by Wolff, Parkinson, and White in 1930 as “the occurrence of bundle-branch block curves in healthy young adults and children.”4 The definition has since evolved, as the electrophysiological understanding of pre-excitation has increased; it is no longer considered a bundle-branch block but rather a pre-excitation abnormality.5 Pre-excitation refers to the premature activation of part or all of the ventricle caused by transmission of an impulse along an accessory pathway that is not subject to normal atrioventricular node delay.1

WPW affects an estimated 1.5 to 3.1 per 1000 persons in Western countries or 0.1% to 0.3% of the total population.3,6 It is more common in men and can present at any age, but patients younger than age 35 years are at higher risk.1 WPW is diagnosed via an ECG with characteristic findings of a slurred upstroke (delta wave) on a widened QRS complex and a shortened PR interval. Patients with WPW “syndrome” have both an identified manifest on an ECG and a symptomatic arrhythmia; patients with WPW “pattern” have ECG abnormalities without symptoms.1 It is estimated that 65% of adolescents and 40% of adults aged older than 30 years with WPW have the “pattern” subtype.1

Estimates of the prevalence of the asymptomatic, WPW pattern in children are unclear, as a majority of the ECG scans are in adults and suggest a prevalence between 0.1% and 0.3%.5 In children, it is thought that the prevalence is higher.1 In a study of 446 patients with WPW diagnosed in childhood, 84.0% were symptomatic (WPW syndrome), and sudden cardiac death had occurred in 1.3% (6 of 446) patients.7

Diagnostic testing. The approximate location of an accessory pathway can first be identified noninvasively by ECG. In a study of 100 children with WPW syndrome, researchers examined the accuracy of electrocardiographic algorithms to localize the accessory pathway.8 Seven common algorithms were tested, each using distinct criteria to assess QRS and delta wave polarity and the R/S ratio. However, they found that all 7 algorithms were significantly less accurate in children than in adults; precise pathway location was identified only in 34.0% to 49.0% of children.8 One pediatric algorithm, with a 90% accuracy rate, accounts for electrocardiographic differences found in accessory pathways in children.9

In a study of EPSs in 10 patients with WPW syndrome, the rate of atrioventricular conduction via the accessory pathway was greater during exercise than at rest (mean increase of 28%).14 Three patients had a ventricular rate exceeding 300 beats/min. Adrenaline facilitates conduction in accessory pathways, resulting in the appearance of delta waves during stress despite their intermittent presence at rest.3 This exercise-induced enhancement of the accessory pathway may increase the risks of sudden death for athletes with WPW and consequently influence treatment. Pediatric patients, boys, and athletes are among those more likely to become symptomatic and need further evaluation.

Because of the small but serious risk of sudden cardiac death in patients with WPW pattern, risk stratification is recommended. Initial testing is noninvasive and can include ambulatory ECG monitoring, a treadmill stress test, and an echocardiography scan, which may identify structural heart abnormalities such as Ebstein anomaly or hypertrophic cardiomyopathy.1,13 Noninvasive testing may characterize the accessory pathway if there is a sudden disappearance of the delta wave, indicating a low-risk pathway.13 However, if pre-excitation or a delta wave persists during a stress test at higher heart rates, invasive testing (such as an EPS) is recommended. An EPS can better characterize an accessory pathway, and radiofrequency catheter ablation can be performed during the study, as was the case with our patient.14

Treatment. Treatment of WPW includes both pharmacological and procedural options (Table 2). Currently, catheter ablation, which involves inserting a catheter into the right femoral vein and using radiofrequency energy to ablate accessory pathways, is the treatment of choice; it has an overall long-term success rate of 95%.15 It also avoids long-term medical therapy.13,15 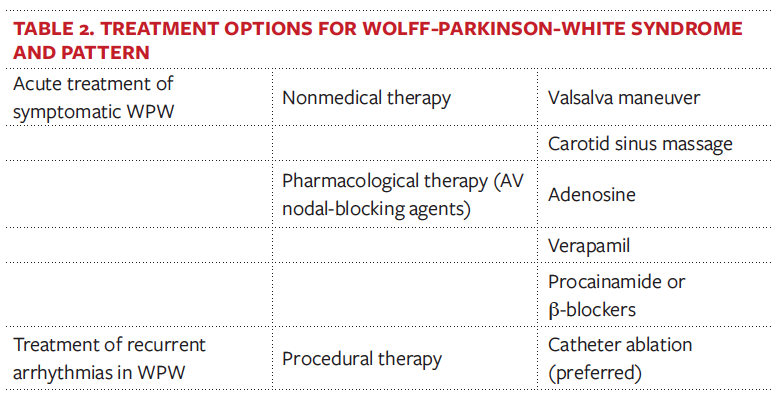 However, long-term pharmacological options remain an alternative for patients with pathways too close to the bundle of His or for patients refusing ablation. With pharmacological treatment, it is crucial to recognize WPW and the type of arrhythmia, because mistreatment can be fatal. In cases where antidromic AVRT or atrial fibrillation is present, the use of atrioventricle-blocking agents such as amiodarone, β-blockers, calcium channel blockers, and digoxin (ie, ABCD treatment) are contraindicated because conduction may be favored through the accessory pathway, causing lethal ventricular dysrhythmias (ie, ventricular fibrillation) or hemodynamic instability.1 No medications are contraindicated for patients with orthodromic AVRT. Pharmacological treatment for athletes with WPW (with antiarrhythmic medications) are a less-ideal option because they impair athletic performance and can cause respiratory distress and emotional lability. Additionally, γ-adrenergic blocker agents are banned in competitive archery and riflery.3 Catecholamines released during exercise may also suppress the effects of antiarrhythmic agents.3 Therefore, catheter ablation is preferred.

The treatment of WPW pattern is controversial in children because many remain asymptomatic for their entire life.5 Furthermore, resolution of manifest pre-excitation occurs in about 35.0% of children aged 3 months or younger and has been reported in children up to age 12 years, particularly in the presence of a long refractory period of the accessory pathway.7,16 However, the risk of sudden cardiac death must be taken seriously.

In asymptomatic athletes, the treatment is dependent on lifestyle.1 EPS is recommended for athletes who perform at a moderate or high level of activity.3 Because of the lack of reliability of risk-stratification tools, most pediatric electrophysiologists now recommend proceeding with a low threshold for default ablation of all accessory pathways distant from critical conduction structures because of the higher risk of sudden death in children and athletes.5

For athletes and children with WPW syndrome, early treatment is recommended. In patients with multiple accessory pathways or a ventricular rate exceeding 240 beats/min, catheter ablation is always recommended.3,17

Conclusion. Pediatric WPW is manageable and treatable. Currently, catheter ablation is the treatment of choice for most young patients and athletes with recurrent supraventricular tachycardia. However, long-term pharmacological options remain an alternative for patients with pathways too close to the bundle of His or for patients refusing ablation. Patients need to understand the treatment options and their associated benefits and risks to make an informed decision, since treatment relates to their lifestyle.

Further research on screening pediatric patients and athletes is needed because of the increased risk of sudden cardiac death.