A 6-year-old girl was brought to our clinic by her parents with the inability to supinate both upper extremities. Her mother had noticed that the patient could not retain powdered substances in her palms from an early age. The mother had compared the patient’s arm movements to her biological brother’s and observed the differences.

The mother denied any trauma to the area, family history of similar problems, or skeletal abnormalities. The patient denied pain at the elbow.

Physical examination. The patient was generally healthy, except she could only supinate her forearms past 60 ° actively and passively. A compensatory movement of her shoulder region with passive supination was observed. Full range of motion was present in other directions.

Some mild tenderness was noted upon deep palpation of the lateral elbow. The patient also had clinodactyly of the fifth phalange bilaterally. No other skeletal abnormalities were noted. A 3-view radiography scan of the elbow was conducted, results of which showed bilateral radioulnar synostosis (Figures 1-4). No wrist abnormalities were identified. 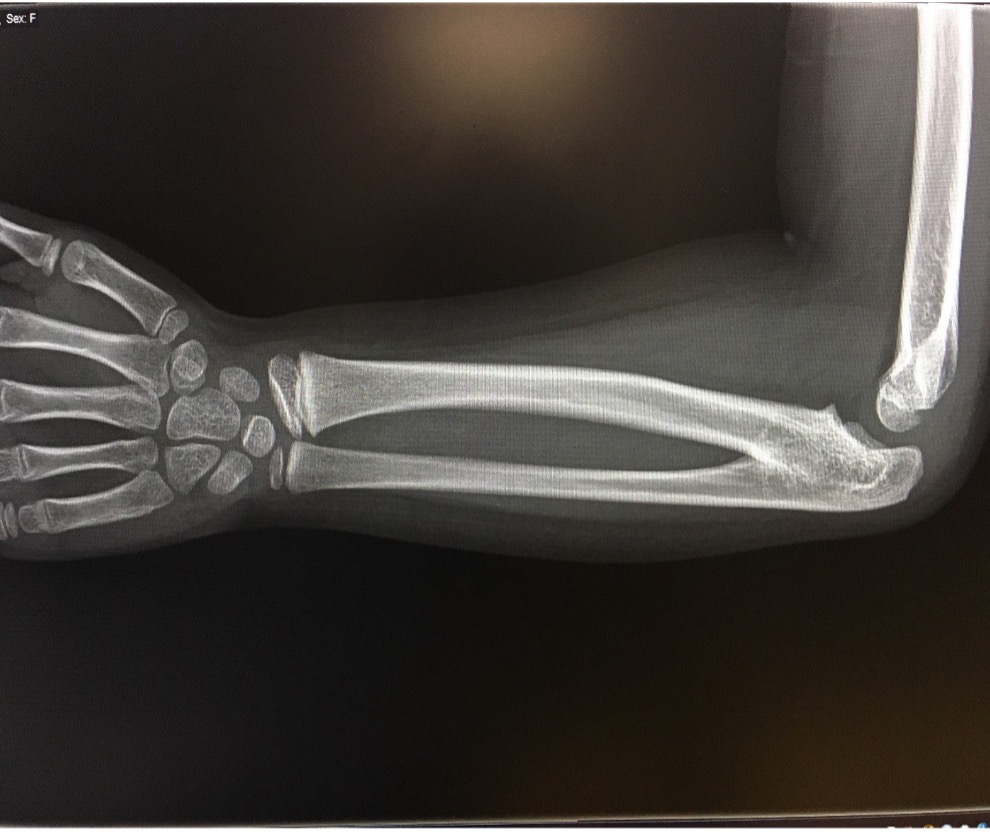 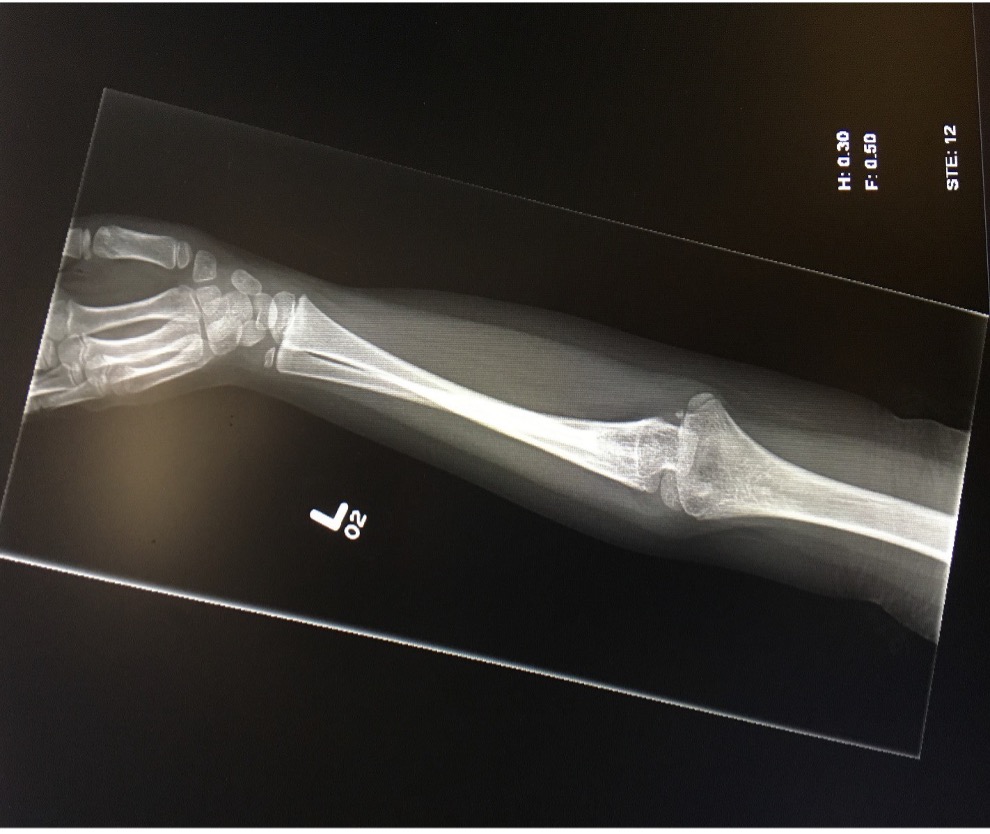 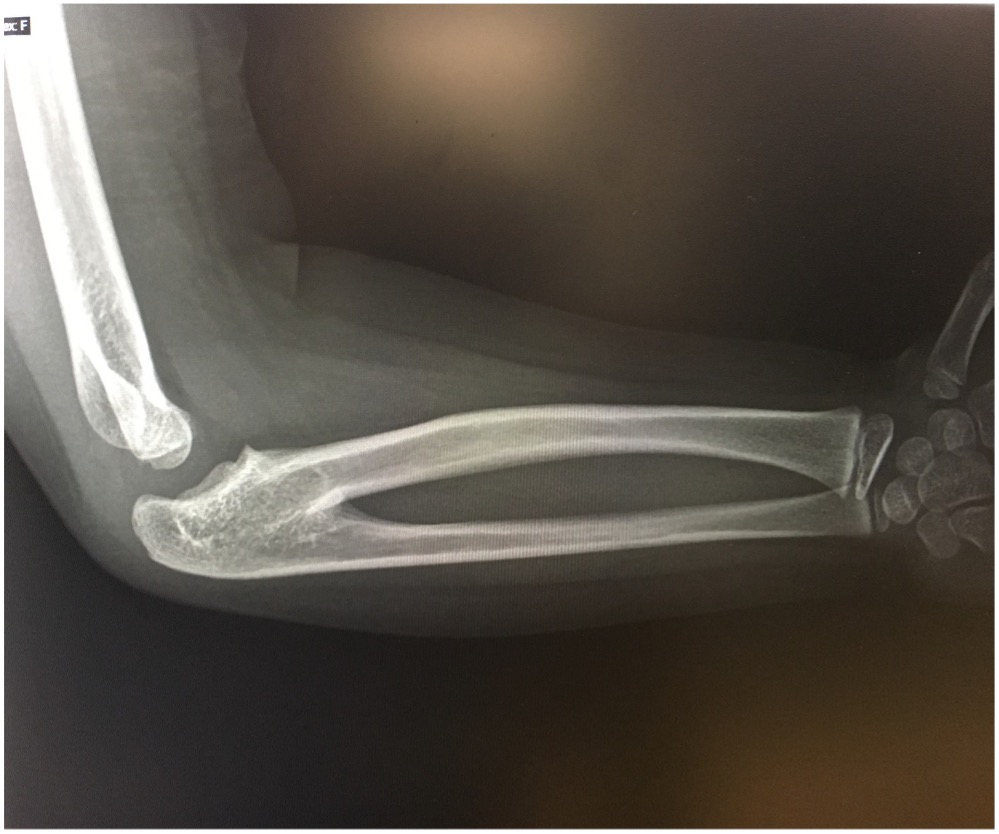 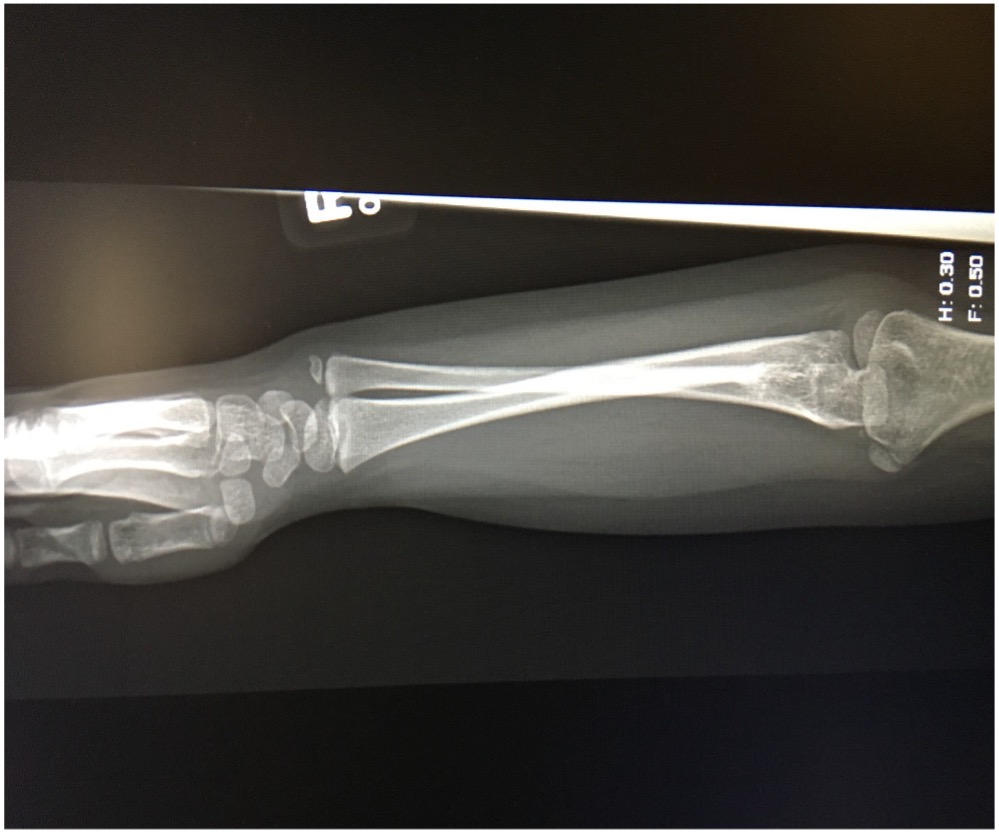 Discussion. Congenital radioulnar synostosis is rare, with only about 350 cases identified worldwide.1 The average age at diagnosis is about 6 years, which is typically the age when children start attending school and having more physical activity demands.2 In 60% of cases, congenital radioulnar synostosis occurs bilaterally, and 9% are familial cases.3 It is also believed to be related to an abnormality of chromosome X, but cases related to an abnormal chromosome Y have also been reported.3 There appears to be no difference in incidence between boys and girls, but some authors have described a male predominance.4-7

At about 4 weeks gestation, the upper extremity emerges from an unsegmented body wall. Initially, the ulnar and radius share a common perichondrium, which must be separated in a short time.8 Congenital radioulnar synostosis occurs when there is failure of segmentation of the adjacent radius and ulna at the seventh week of development. Typically, patients will accommodate and learn to live with the condition. However, because of compensatory strain at the shoulder, elbow, and wrist joint, patients may have pain at compensating joints. Congenital radioulnar synostosis has been associated with musculoskeletal (ie, polydactyly, syndactyly, joint laxity), gastrointestinal, renal, cardiac, hematologic, and neurological disorders.2,9 Our patient presented with only one other isolated abnormality, clinodactyly.

When the disease is mild, conservative therapy via physiotherapy, occupational therapy, activity modification, and ergonomic working environment are beneficial.12 Functionality will improve, but range of motion may remain unchanged.13 Derotational osteotomy could be conducted in patients with severe or debilitating disease but often has poor outcomes, primarily because of a poorly developed supporting structure, risk of compartment syndrome, and recurrence of synostosis.13

Patient outcome. Our patient was referred for physical therapy. The patient’s mother was educated regarding the anomaly and was advised to return if improvement was not made.

Conclusion. Congenital radioulnar synostosis can present as an isolated anomaly that can easily be missed. It can be treated conservatively if no functional impairment presents. However, with less than 60 degrees of impairment in pronation, there may be significant impairment, which may require surgical correction. One also needs to be aware of comorbidities that may be present.