In this podcast, Sri Banerjee, MD, PhD, MPH, MAS, Anayra Tua-Lopez, PhD, MPH, and David Harvey, PhD, MPH, speak about the racial differences in the association between endocrine disruptors and obesity, including higher BPA levels found in Hispanic Americans compared with the general population in the United States. 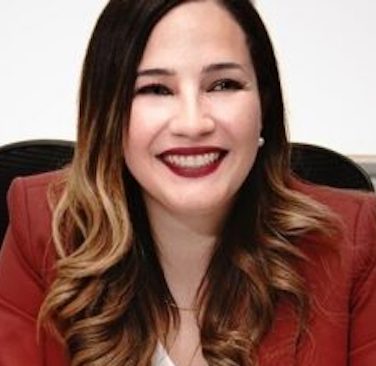 Anayra Tua-Lopez, PhD, MPH, is the executive director for the Proyecto Nacer in San Juan Puerto Rico, an editorial board member for the International Journal of Translational Medical Research and Public Health, and a board member for the Child Welfare Leauge of America in Washington, DC. 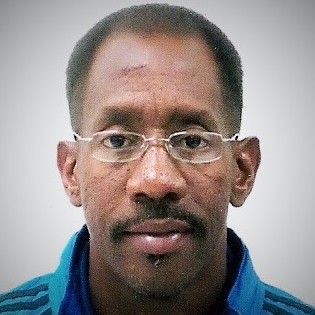 David Harvey III, PhD, MPH, is a research assistant in the School of Health Sciences at Walden University and a United States Army veteran and medical specialist. 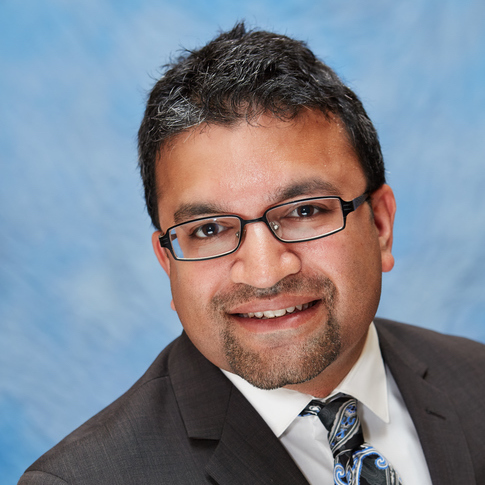 Sri Banerjee, MD, PhD, MPH, MAS, is a faculty member at Walden University in the School of Health Sciences. He is a clinical biostatistician and an epidemiologist in Leola, Pennsylvania.

Jessica Bard: Hello everyone and welcome to another installment of "Podcast360," your go‑to resource for medical news and clinical updates. I'm your moderator, Jessica Bard, with Consultant360 Specialty Network.

Bisphenol A, or BPA, is an endocrine disruptive chemical used in food processing and plastics. It's also linked to chronic disease. Some research shows higher BPA levels are found in the Hispanic population compared with the general population in the United States. Dr Sri Banerjee, Dr Anayra Tua‑Lopez, and Dr David Harvey are here to speak with us about that today.

Dr Sri Banerjee: I'm Dr Sri Banerjee and I have been in public health for 20 years. Currently, I teach for Walden University, I teach quantitative reasoning, and I teach additional surveillance courses. I also am involved in research in environmental health, and I chair and member and serve as well for students.

Dr Anayra Tua‑Lopez: Hello, my name is Dr Tua‑Lopez and I consider myself to be a scholar‑practitioner. My background is in community health. I've been working the past 18 years in community service and public health.

Jessica: Let's dive into your study here, racial differences in the association between endocrine disrupters and obesity. Now I understand there's a back story behind how all of this came about involving a clarity BPA study and vulnerable populations. Can you all just tell us about how this study came about?

Dr Banerjee: Sure. When we first conceived of this study, this came about from a clarity BPA trial, large‑scale study that was conducted between agencies. It was the National Institute of Environmental Health Sciences, the National Toxicology Program, and the FDA came together and decided to conduct something called the consortium linking academic and regulatory insights on BPA toxicity.

The goal was to use a regulatory toxicology study and try to determine endpoints, try to determine the effect on behavioral, cellular, and molecular components. The results of the trial actually confused researchers more than answering questions because the findings demonstrated that the effect of BPA resulted really in no consequential health outcomes.

On one hand, there were all of these states, especially, for instance, California that was having indications about BPA. Then, on the other hand, there was evidence suggesting that there was an ambiguous effect. We had to try to settle what the real consequences are of BPA. In fact, is BPA harmful?

We decided to use the same sort of surveillance data sets, National Health and Nutrition Examination Survey, which is conducted and we decided to link this to mortality data. According to this surveillance system, it is already known that 90 percent of the United States population have detectable BPA levels within their urine.

These facts led us to try to understand the effects of BPA, but more importantly, we wanted to understand it when we grouped in specific subpopulations if there was any effect as well, or the same non‑conclusive evidence still persists. This is what we're trying to settle.

Jessica: Tell us about why you focused on specific populations, such as Hispanic Americans. You used something called the social inclusion model, I understand. Tell us about that.

Dr Banerjee: Thank you. While I was trying to determine in the general population, we decided that there was BPA levels within the urine. It was important to understand that within subgroups, whether it's by age, by ethnicity, whether these patterns persisted, but specifically, we were looking into ethnicity as a social factor.

What is one cohesive model that can really explain social factors and combine this with pathophysiological mechanisms and really explain things? Dr Tua for her dissertation work actually explored the social inclusion model.

Dr Tua‑Lopez: Thank you so much. One of the things that I would say is that the social inclusion model is really great because it has an ecological approach. It understands the complexity of the interactions between systems. This is very important when we're talking about health inequalities.

How there are several barriers, social barriers, that promote Hispanic Americans to be most prone, or susceptible to being impacted and their health having worse outcomes, specifically, with a BPA epigenetic modifications that happens because of these risk factors that act in a cumulative manner.

That is very important. That is why we use the social inclusion model because it creates an understanding of how pathways and a more broad understanding of how we have to address not only the individual risk factors, but also the macro‑level of social, political, and economic barriers that create subset stability in minorities. That is one of the things that we did.

We looked into how these immediate factors and contextual factors create a allostatic load, which increases the chances of epigenetic modifications, and then subsequent changes in gene expressions. This makes Hispanic Americans more susceptible to negative health outcomes, such as obesity. That's one of the things that we looked into, and we identify the results.

Jessica: How do you contextualize your findings from a pathophysiological perspective?

Dr Harvey: My understanding that BPA is theoretically effect the body through hormonal regulation, they disrupt normal hormone levels and the expression of genes that affect various metabolic pathways in the body, one of them being diplogenesis.

Dr Banerjee: One of the major impacts within the body is that of endocrine disruption. That is another mechanism. Finally, other sorts of impacts are by actually [inaudible 7:51] GABA within the body. That is a major neurotransmitter, which BPA has been found to impact. This is among other pathophysiological mechanisms through which the body is affected.

Jessica: For clinicians listening to this podcast, what are the overall take‑home messages from your research for them?

Dr Banerjee: Thanks for that question. This is probably one of the most important questions for our listeners. One thing that is really important to understand is in this cross‑sectional association that we found between BPA and obesity in Hispanic American populations.

This contextualized finding is important to use when we're trying to understand BPA and detecting BPA because BPA is affecting the population differently. In Hispanic Americans, it's more likely to be associated with obesity. The end result out of all of this is that if we are not paying attention to environmental hazards like BPA, then we are not paying attention to minority health.

Dr Tua‑Lopez: In part, we are addressing the epigenetics and the individual ways that BPA is impacting the health outcomes for individuals in the Hispanic community. But we need to also address the systemic issues that are promoting that Hispanics are in a way of exclusion and marginalization.

I would say there are certain barriers in the system that promotes that Hispanic Americans are more at risk of being obese because of BPA exposure. One of the things would be, for example, we should address not only the policy but also the access to health care services.

We need to be cognizant of the limited current cultural sensitivities and the health literacy challenges, as well as other things like acculturation and underinsured and insured issues. Also, there's a limited availability of Hispanic health workers in the US, which promotes a racial disconnect.

There are multiple levels that have to be addressed in order to reduce or address in a more comprehensive way, the outcomes for Hispanic Americans. This is very important because Hispanic Americans in the US actually are the highest minority, but also they are, in a way, having worse health outcomes.

I think that we should be including this look into our research and the outcomes that could be very important for policymakers, for practitioners, and for other people.

Dr Harvey: There was some indication that there were higher levels of BPA in the African American community even higher than in Hispanic communities. Expanding the research to include all ethnicities, especially minority ethnicities, is important to future studies.

Jessica: That was well said. What are the next steps in research for this topic?

Dr Banerjee: Thank you, Jessica. That is an important point to consider. One next step that we have identified, of course, is exploring other group analyses so for instance, exploring these patterns within the African American communities, also looking at other age groups, specific age groups.

For instance, we already know in infants and children, it's more harmful, but making sure that we're not ignoring the fact that BPA is also affecting other age groups, as our study is suggesting. The next step would be to actually specifically look in age groups that traditionally we think that BPA doesn't have an impact.

Looking for those connections, because just from this study, we have shown that there is an association between BPA and obesity. Obesity is a common risk factor for so many other diseases that we just need to also start looking for potential associations between BPA and other sort of metabolic disorders like diabetes, and even all sorts of diseases.

Also looking for potential mortality follow up and seeing if it results in actual differences in mortality, exposed versus non‑exposed.

Jessica: Is there anything else that you all like to add today?

Dr Harvey: Just to expound what Dr Sri mentioned concerns through other pathways in the body. There's also concern in addition to the hormone levels, potential effect on brain and behavior, cancer, and heart problems. There was one gene, specifically, that was ready to myogenesis in the heart, as well as the other hormones that affect obesity.

I just want to expand it what Dr Sri said here that refer to other pathways in relation to the rest of the body is an important area for future research.

Dr Banerjee: I agree. I think that BPA affects multiple systems within the body. It affects people socially, pathophysiologically. At the end, this research, the main message from this is that if we are neglecting, and if we are ignoring BPA, then we are ignoring minority health.

We just need to make sure that we are increasing in our surveillance efforts in biomonitoring of BPA so that we can be sure that the general population in the United States is protected.

Jessica: That's such an important topic. We really appreciate you all being on the podcast today and for all of your work on this research. Thank you.