In this podcast, Bhavin Dalal, MD, and Vijay Balasubramanian, MD, talk about controversies in the diagnosis and management of acute pulmonary embolism, including intermediate-risk pulmonary embolism and a need for thrombolysis, and the role of syncope as a manifestation of pulmonary embolism. They also presented on these topics at CHEST 2021 Annual Meeting. 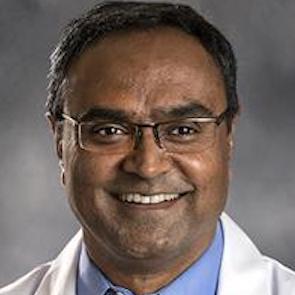 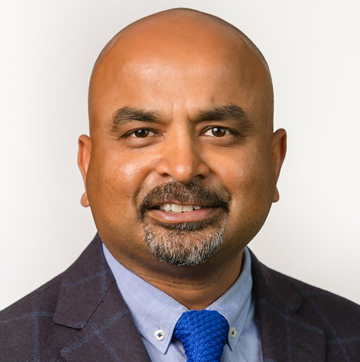 Vijay Balasubramanian, MD, is a professor of medicine and the director of the pulmonary hypertension program at the University of California San Francisco Fresno in Fresno, California.

Stephanie Holland: Hello, everyone. Welcome to another installment of "Podcasts360," your go‑to resource for medical news and clinical updates. I am your host, Stephanie Holland, alongside our moderator, Jessica Bard with Consultant360.

Today, we are speaking with two researchers who recently provided their expertise on the diagnosis and management of pulmonary embolism at CHEST 2021.

Jessica Bard: Thank you both for joining us on the podcast today. If you don't mind introducing yourselves for our audience with your title and position, please.

Jessica: Thank you both for joining. I know you have a lot going on, so I appreciate you taking the time. If you don't mind starting off, can you both give us a brief overview of your session and your research, please?

We have a separate subsections of the diagnosis in management, including a role of IVC filter, including a role of CTP protocol in a patient who presented with syncope, a role of a cathode‑detected therapies as well as the garden‑variety thrombolysis in intermediate‑risk pulmonary embolism.

For example, if they have a significant RV/LV ratio difference or a co‑existing femoral or proximal clot, or they deteriorate subsequently after they were started on anticoagulation. Those patients may benefit from a thrombolysis. That was a session I had.

Dr Balasubramanian: Thank you for that Bhavin. My session is relatively more simpler and very interesting. Thanks to Bhavin for inviting me for the session. Pulmonary embolism, often known as the universal masquerader, is very well‑known for being the dark horse or the hidden disease that can eventually cause sudden death of a patient.

Of all the manifestations, very commonly, people may present with acuteness or shortness of breath, chest discomfort and things like that. It is uncommon sometimes to see a manifestation of syncope.

My particular talk focuses on how common is pulmonary embolism as a cause for syncope when you take the large umbrella of syncope and the many etiologies associated with syncope.

If you flip that thing around, how common is syncope as a manifestation of pulmonary embolism, if you take a pool of patients of pulmonary embolism? The talk centers around this particular aspect. We will be talking more about it in tomorrow's session. It's a very interesting session and, again, like to thank Bhavin for inviting me for the session because it's been very useful.

Jessica: What are the key clinical take‑home messages for the audience from each of your sessions?

Dr Dalal: As I mentioned before, the very important key clinical message for intermediate‑risk pulmonary embolism when it is a question for thrombolysis versus no thrombolysis. The first message is that the garden‑variety patient may not be helped with a thrombolysis or an intervention.

If you are thinking that high level of mortality in any given patients, those patients may benefit from the thrombolysis but not every patient of intermediate‑risk pulmonary embolism.

Dr Balasubramanian: Thank you, Bhavin. As far as the take‑home messages from my topic in this particular category is concerned is the manifestation of syncope in pulmonary embolism.

One of the most controversial or very stimulating paper was the NEJM 2016 PESIT trial that reported a relatively high prevalence of syncope in the first‑time syncope in patients presenting with pulmonary embolism who got admitted to the hospital.

In that particular study, they show that about one in six patients were admitted with syncope ended up having pulmonary embolism. This was a remarkable finding, much to the contrary of other studies that have found much lower numbers.

There has been subsequent studies and preceding studies that revealed much lower prevalence of syncope. The talk would revolve around these aspects. If you look at the flip side of it, how common is syncope as a manifestation of pulmonary embolism?

The numbers clearly tend to vary as far as the syncope as a manifestation. The take‑home point is to, first of all, recognize that it is a well‑known etiology for pulmonary embolism, but it is also relatively rare an etiology.

One still needs to consider syncope in the right context or the right pretest clinical probability to consider proceeding with the work up, such as CT pulmonary angiogram in the decision of working up somebody for pulmonary embolism.

In the current era, where there is overuse of CT pulmonary angiogram, this crucial basic clinical step is important in regulating the diagnosis of pulmonary embolism.

Jessica: What would you say is next for research on the diagnosis and management of acute pulmonary embolism?

Dr Dalal: Acute pulmonary embolism is a very hot topic. [laughs] There are always researchers trying to find out more diagnostic and therapeutic endeavors. I'll say, at least from the perspective of intermediate‑risk pulmonary embolism, the studies are going on for a high‑risk PE and what to do with them.

There are lots of trials or studies where research questions are being answered from that perspective. We will have results available in a due course of time.

Dr Balasubramanian: Jessica, I would certainly echo Bhavin's comments on that. The main crux, as far as where research is going to be directed towards, is the pool of intermediate‑risk pulmonary embolism, as to what to do with it.

Bhavin has nicely summarized all of the issues that are still remaining to be issues with studies going either way. The other aspect I wish to emphasize, even at this day and age, it still remains the ultimate masquerader and early diagnoser.

Risk profiling somebody would certainly be a pertinent part research. As much as we have improved in detecting pulmonary embolism, our pretest assessments and severity indices that we have are very good.

Dr Dalal: Just to add up on to Vijay's point, it is so ironic that on one side, we are doing lots of CTP protocol or CT pulmonary angiogram, and we don't find a PE. As Vijay was mentioning earlier, that we are overdoing CTP.

Dr Balasubramanian: Absolutely echo those comments completely. In fact, I'll be talking about that autopsy series during tomorrow's topic.

Jessica: Thank you both for your time. Is there anything else that you'd like to add?

Dr Dalal: Pulmonary embolism is a vast topic. A lot of things should be covered, including the early diagnosis and treatment, who are the people we can send home directly from the emergency room, or who are the patients we need to admit in the ICU and monitor better, are the questions.

Several studies has helped us to answer those questions. As Vijay mentioned also, the specific symptoms like syncope, what to do with it in the pulmonary embolism, is still a big area of research and discussion.

We are proud of PERT for being one of the leaders in that aspect and defining the role of the PERT team and would have been very useful to get his input in this kind of scenario.

I would certainly appreciate Bhavin's comments on that with regards to the PERT team and its impact on pulmonary embolism diagnosis and management. What do you think, Bhavin?

Dr Dalal: Absolutely agree. The PERT recently had a new paper in the CHEST about the PERT Consortium. Most of the hospitals have PERT team or PERT initiatives as it shall improve outcomes also.

Jessica: Thank you again. We really appreciate your time. Thanks for joining us in the podcast.

Stephanie: Catch up with all of our episodes at consultant360.com/podcasts. Stay tuned for more.