Marcus is a 62-year-old man with a venous insufficiency ulcer that has failed to respond to elevation, compression, pentoxifylline, and aspirin.

Venous insufficiency is a vexing problem. Patients are disturbed because of occasional discomfort, as well as the cosmetic appearance of the condition. So what can be done for a patient whose venous insufficiency has failed to respond to elevation, compression, pentoxifylline, and aspirin?

An article published in the British Journal of Dermatology suggested that simvastatin may be a useful tool in the treatment of venous ulcers. The randomized, double-blind, placebo-controlled trial included 66 patients with venous insufficiency ulcers treated for up to 10 weeks with simvastatin, 40 mg/d, or placebo. All patients were also advised to make use of compression and elevation, as well as other standard ulcer therapy during the study. 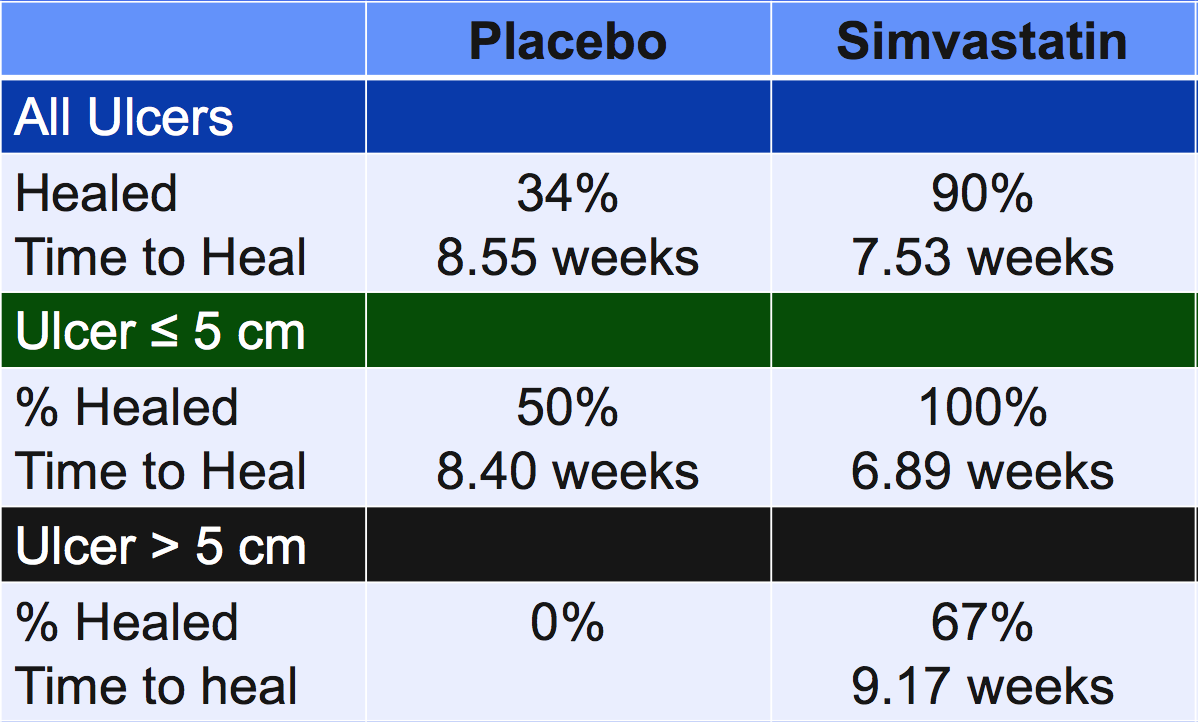 The next step for many of these patients would have been surgical treatments, so I think we can celebrate the fact that we have an agent here that we are very familiar with and that is inexpensive that may make a major difference in healing. Whether statins other than simvastatin might work equally well is unknown, but since the dose and expense of simvastatin are accessible to essentially all of our patients, until further data confirm the efficacy of other agents, it’s probably best to stick with simvastatin.