Sarah, an 8-year-old girl with a sore throat, has a positive rapid strep test and a history of strep contact. While many antibiotics can effectively treat strep, which one is associated with the lowest rate of posttreatment recurrence?

Answer: A second- or third-generation cephalosporin

For nearly 50 years, the American Heart Association has recommended penicillin as the preferred treatment for strep throat infection, so why should we consider other agents?

In a study comparing the efficacy of penicillin, amoxicillin, and cephalosporin, researchers examined the rates of symptom recurrence among children with group A β-hemolytic streptococcal (GABHS) tonsillopharyngitis. All of the patients (N=4278) had strep infection confirmed with a positive rapid strep test result or a positive throat culture, and all had returned for treatment of recurring symptoms within 20 days after completing antibiotic therapy. 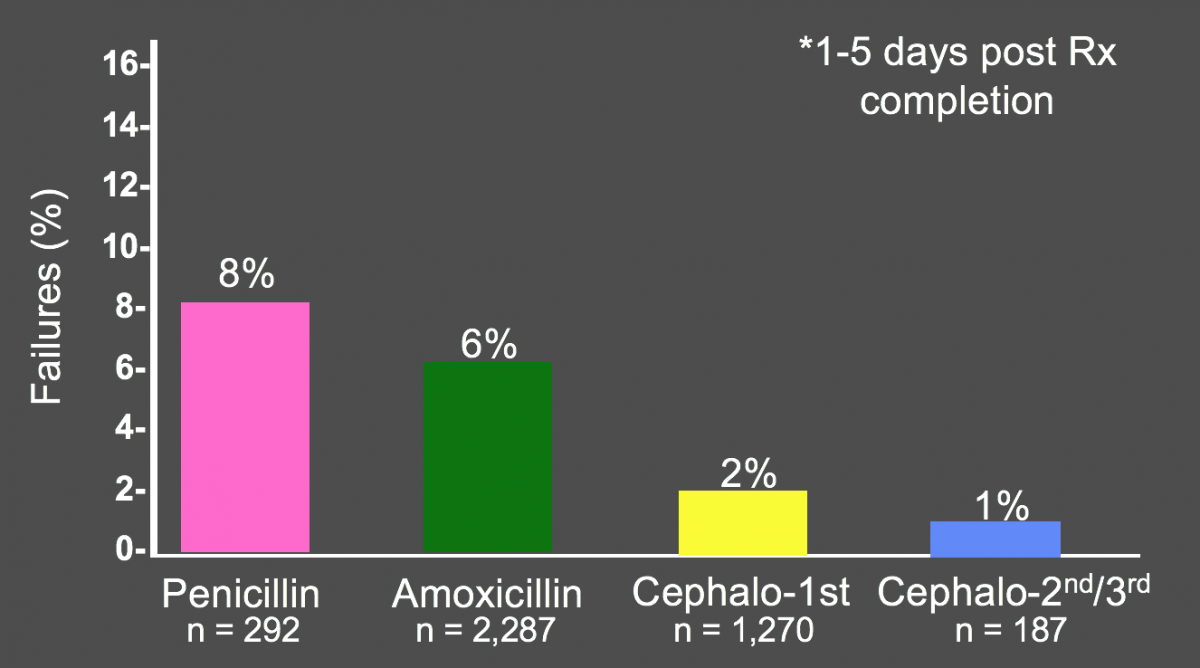 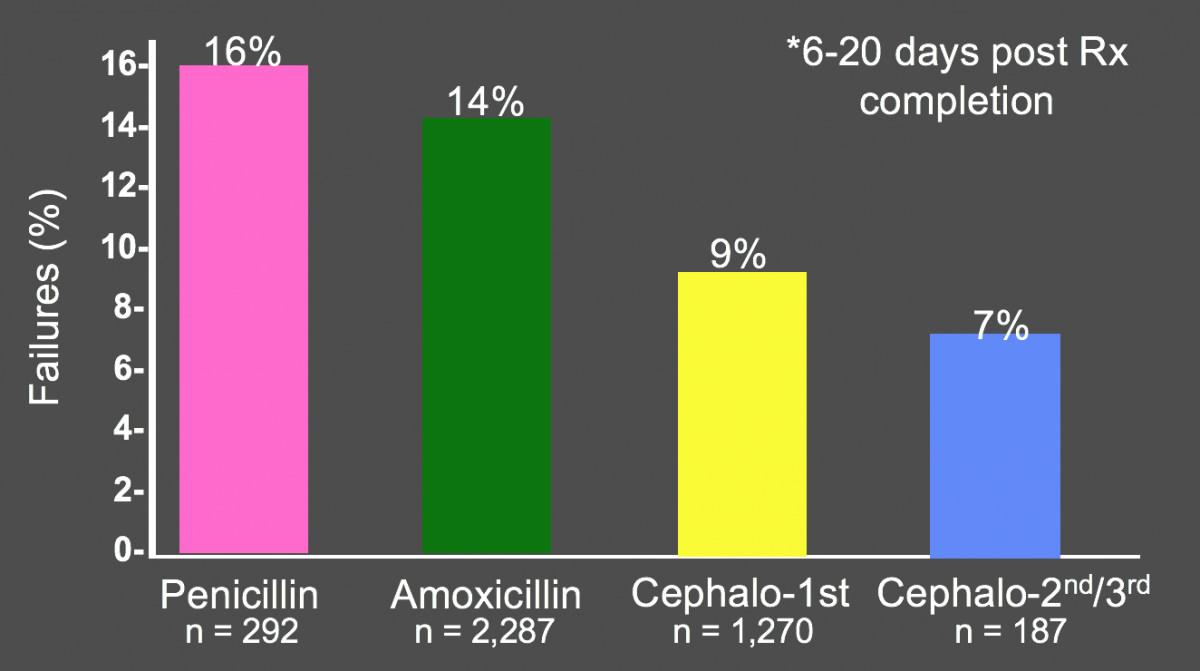 So what can we conclude from these results? A number of voices have suggested that because cephalosporins are relatively inexpensive, we might select a second- or third-generation cephalosporin as initial therapy for strep throat instead of a penicillin or amoxicillin to reduce the likelihood of symptomatic recurrence.