Jose Zayas, DO
Division of Hospital Pediatrics, Department of Pediatrics, University of Florida College of Medicine–Jacksonville

A 13-year-old girl with a history of constipation and anemia presented with abdominal pain and a new rash. She and her mother reported that the girl had had daily, intermittent episodes of epigastric and lower abdominal cramping that had often been followed by watery, nonbloody, nonmucoid diarrhea over the past 2 months. Her pain was not associated with any particular food or with eating. The pain was not severe and did not radiate. She took no medications to alleviate it.

Her rash was painless, nonpruritic, and limited to her upper and lower extremities. Additionally, her mother noted that the girl had experienced fatigue and a 3.6-kg weight loss during this same 2-month period. The patient denied a history of fever, joint pain, urinary symptoms, easy bruising, prolonged bleeding, oral ulcerations or other mucosal involvement, and abdominal trauma.

She had previously received a diagnosis of iron-deficiency anemia, presumed to be secondary to menstrual blood loss, and she had been taking oral iron supplementation. She took no other medications. She noted that her fatigue had continued despite the iron supplementation. Her father had a history of irritable bowel syndrome. She reported no surgical procedures or hospitalizations, and she had no known allergies. 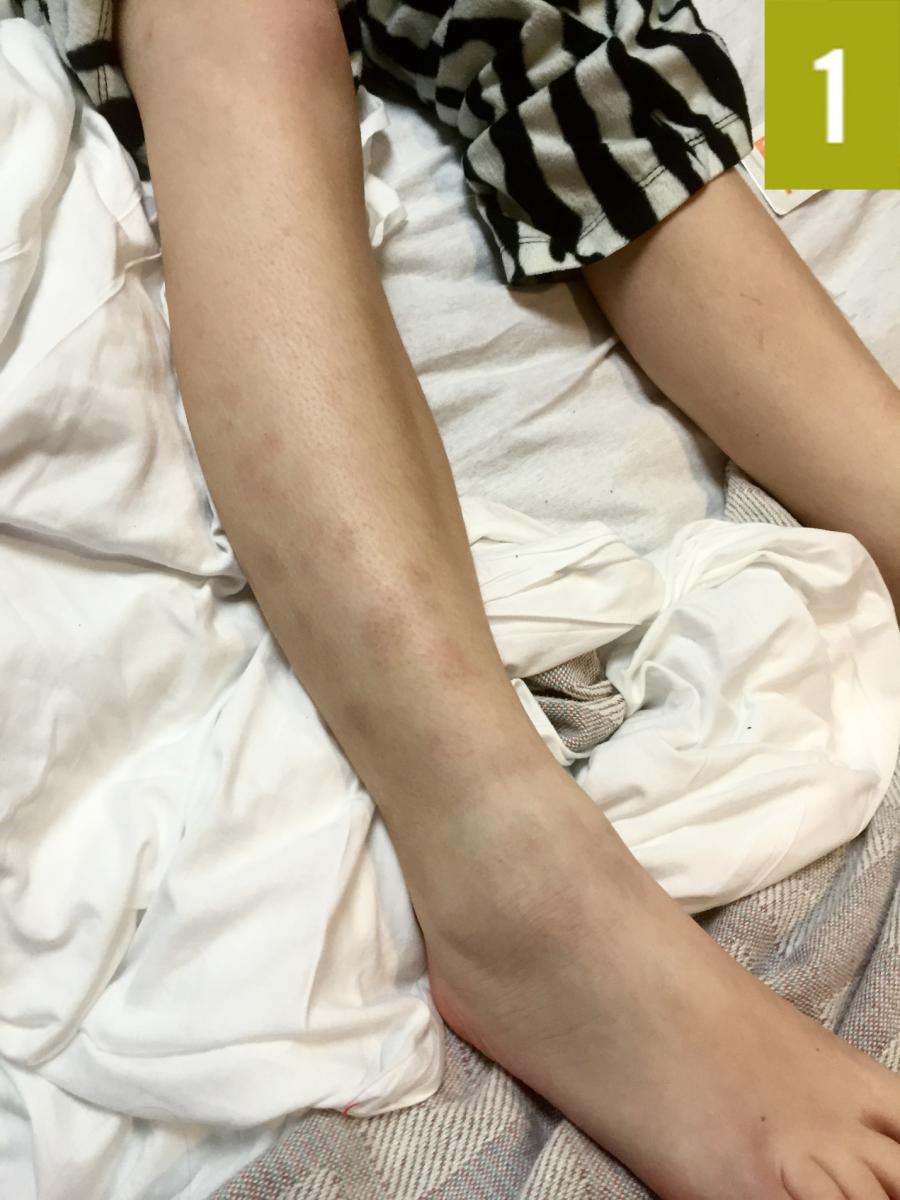 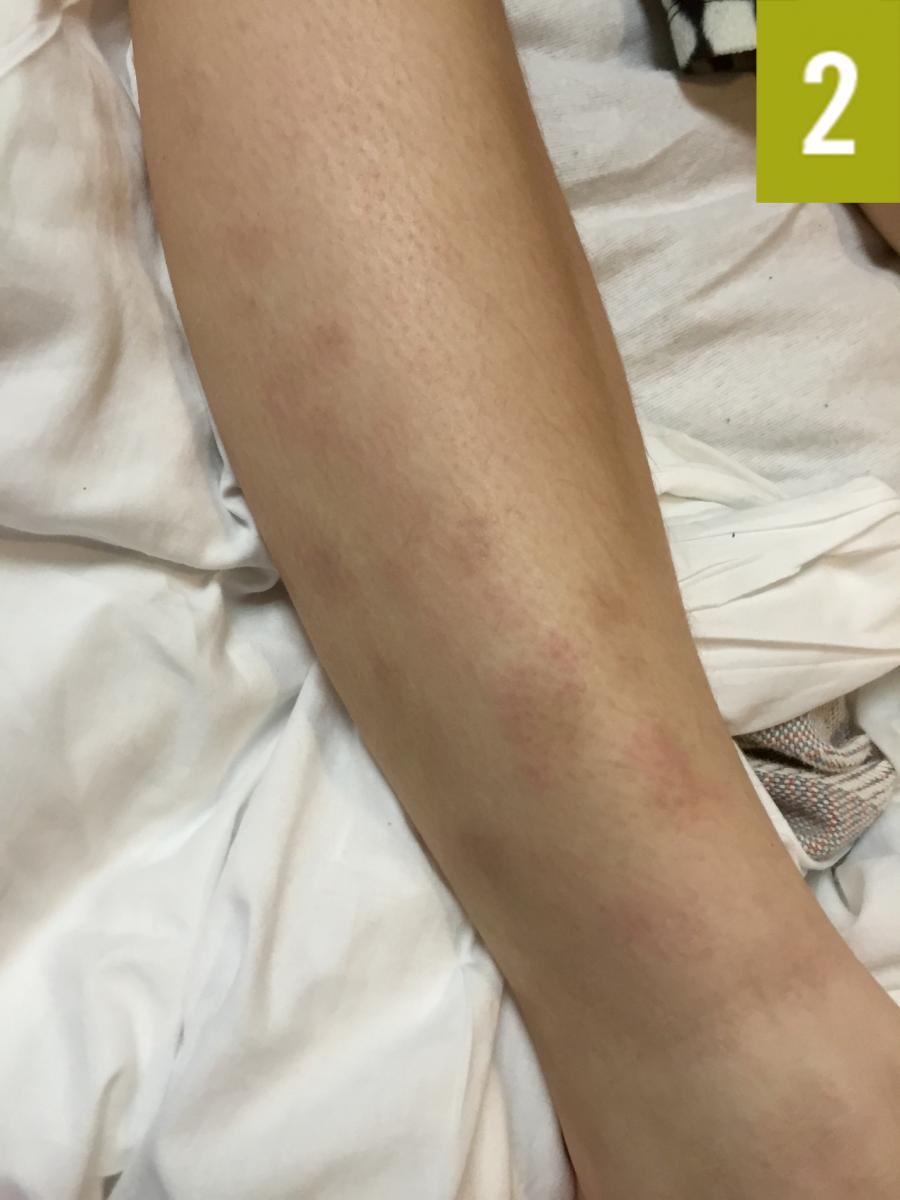 She had no alopecia or oral lesions except for a geographic tongue. There was no conjunctival injection or drainage. There was no cervical mass or lymphadenopathy. Cardiac and lung examination findings were unremarkable. Her abdomen was soft and not tender or distended; no organomegaly or mass was appreciated. The remainder of physical examination findings were unremarkable.

Discussion. Extraintestinal conditions associated with IBD (including nonspecific symptoms such as arthralgias) are identified in approximately 10% of patients at presentation and up to 30% of patients within the first few years after IBD diagnosis. The conditions do not consistently correlate with the degree of intestinal inflammation.1,2

The skin manifestations that have been described with IBD are erythema nodosum (most common), pyoderma gangrenosum, neutrophilic dermatoses, cutaneous vasculitis, and epidermolysis bullosa acquisita. However, the occurrence of skin manifestations prior to the development of IBD is rare.3,4

In patients with IBD, sometimes the vasculitic lesions coalesce, ulcerate, or become surrounded by hemorrhagic bullae.

Patient outcome. This patient presented with a mild, nonblanching, palpable, purpuric rash that was clinically consistent with a vasculitis. Although we did not biopsy any of the lesions, the skin findings likely represent a leukocytoclastic vasculitis that has been described in IBD.5 The patient was started on metronidazole, mesalamine, and infliximab. Her rash began to fade by the time of discharge.