What Are These Bulging Bilateral Flank Masses?

This What's Your Diagnosis? column was published originally in the September 1990 issue of Consultant.

Read the Editorial based on this article, written by Consultant Board Member James Matera, DO, FACOI, here. 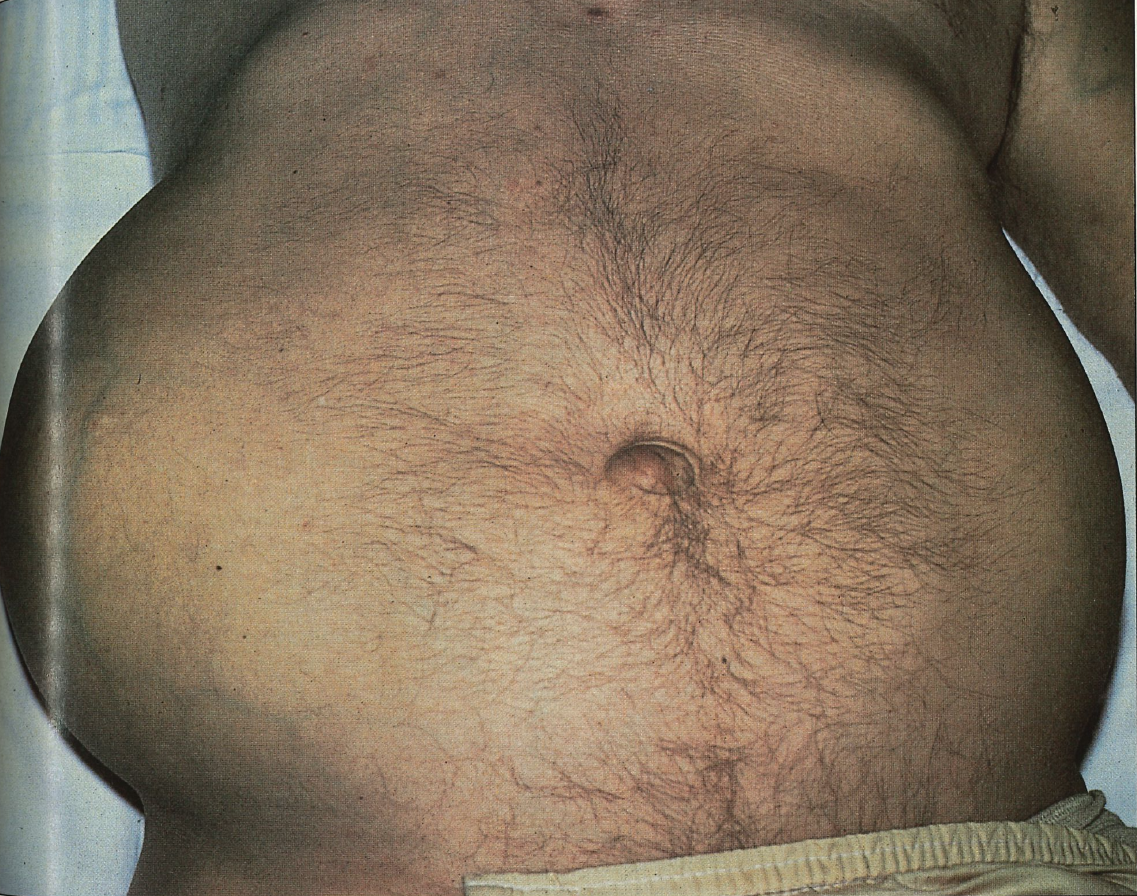 HISTORY
A 55-year-old man with long­-standing renal insufficiency. Has been on hemodialysis for 5 years. Father also had significant renal failure.

The kidney can be directly palpated in only a few patients, although when a person is thin or the organ is anteriorly placed or ptotic, it may be palpable in the ab­sence of disease.1,2 Fortunately, blood pressure, the oc­ular fundi, and simple studies of the urine and blood per­mit successful inference about renal function and disor­ders. At times, flank palpation provides useful positive data as well as the more usual negatives.

DIFFICULTY OF RETROPERITONEAL DIAGNOSIS
Definitive diagnosis of autosomal dominant (adult) polycystic kidney disease is not possible from physical examination alone. A positive family history (found in 75% of cases3) would certainly put you on the right track. Even without a family history, you could have a strong suspicion when a patient between ages 25 and 50 years has, first, a history of slowly progressive azotemia with­out other reasons to have chronic renal failure and, sec­ond, bilateral flank masses. Otherwise, especially if a flank mass is unilateral, it is difficult even to be confident that the mass is renal and not colonic, adrenal, or from another intraperitoneal or retroperitoneal structure.
Differential diagnosis includes renal cell carcino­ma, which is occasionally bilateral but more often unila­teral and is said to be stone hard to palpation. Right or left upper quadrant masses that seem to be renal may represent cancer of the hepatic or splenic flexure of the colon, respectively.1 Another major consideration is hy­dronephrosis, wherein unilaterality implies obstruction at the ureterovesical junction or above (unless the patient has a solitary kidney, as 1 in 500 does); bilateral hydronephrosis caused by a single lesion places that lesion at the bladder neck or below. Unilateral renal enlarge­ ment due to hydronephrosis is typically tender and firm.1
POLYCYSTIC KIDNEY DISEASE
The only polycystic renal disorder seen with any frequency among adults is the autosomal dominant form. Pathogenesis is incompletely known, though a locus on chromosome 16 has been identified,3 and it is recognized that cystic dilatation of any portion of a nephron may be involved. It is not clear why problems arise only after age 20 years in most patients. Other than kidney enlargement compressing nearby structures, the cheif difficulty is usually progressive renal dysfunction, leading to end-stage disease treatable with transplantation or dialysis.
Symptoms may be lacking, or there may be gross or microscopic hematuria or, at times, lumbar and abdominal aching.4 A patient in the final phase might have prominent uremic symptoms, but this is rare.
Other key features in the history, for both initial diagnosis and management, include the family history; hypertension, which is present in 75% cases; and nephrolithiasis, seen at some point in about 10% of cases.
On physical examination, patients with polycystic kidneys may have bilateral palpable masses. The en­larged kidneys may be of unequal size, roughly reniform but with a surface made irregular by the many cysts4; even a huge polycystic kidney can enlarge, undergoing compensatory hypertrophy after unilateral nephrectomy.
There is a tendency for renal salt wasting, so ede­ma is not expected. Any retinal signs would be related to the associated hypertension. Although cysts may oc­cur in patients' other organs, these are usually clinically silent by history and examination. Unfortunately, so are the berry aneurysms of the cerebral arteries, found in some 15%, which may only become evident through sudden death from subarachnoid hemorrhage.
Laboratory data frequently show microhematuria and sometimes low-grade proteinuria. Creatinine and BUN levels depend on the severity of the condition and should not correlate inversely with the size of the kidneys by examination or imaging. Patients with this condition often show less anemia than those with compara­ble decreases in creatinine clearance from other disorders, perhaps because the bulk of persistent renal tissue continues to produce substantial erythropoietin.
Definitive diagnosis is made with ultrasound, excretory urography, computed tomography, or magnetic resonance imaging, depending on the case.
References: