Erythematous Papules and Plaques on a Newborn: A Case of Neonatal Lupus Erythematosus

Disclaimer:
The views expressed in this article are those of the authors and do not necessarily reflect the official policy or position of the Department of the Navy, the Department of Defense, or the US Government.

A 29-day-old girl was referred to a dermatology practice by a general pediatrics clinic after having been evaluated in the emergency department for a scattered erythematous eruption on her scalp, face, neck, legs, and abdomen for 4 days (Figures 1 and 2). 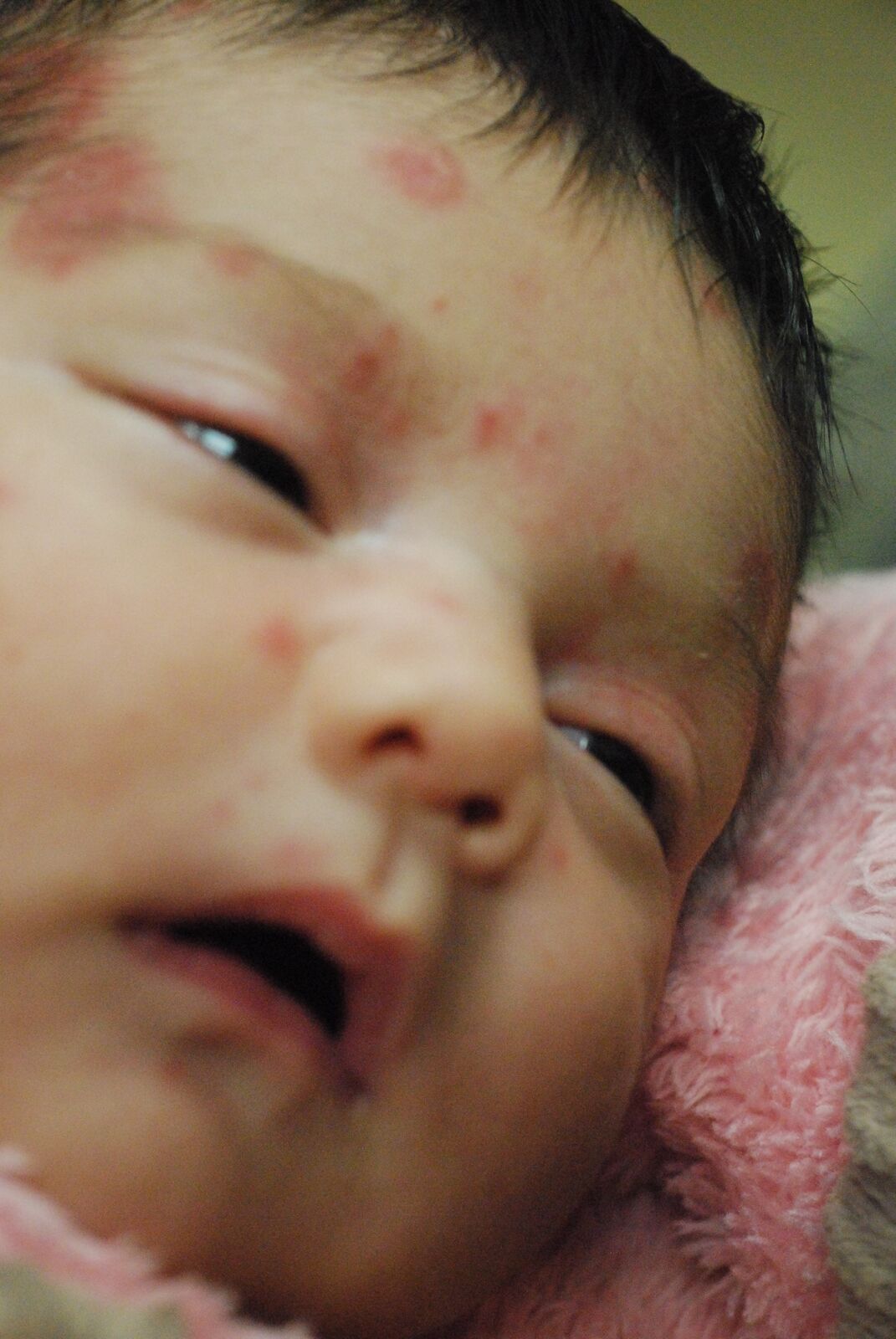 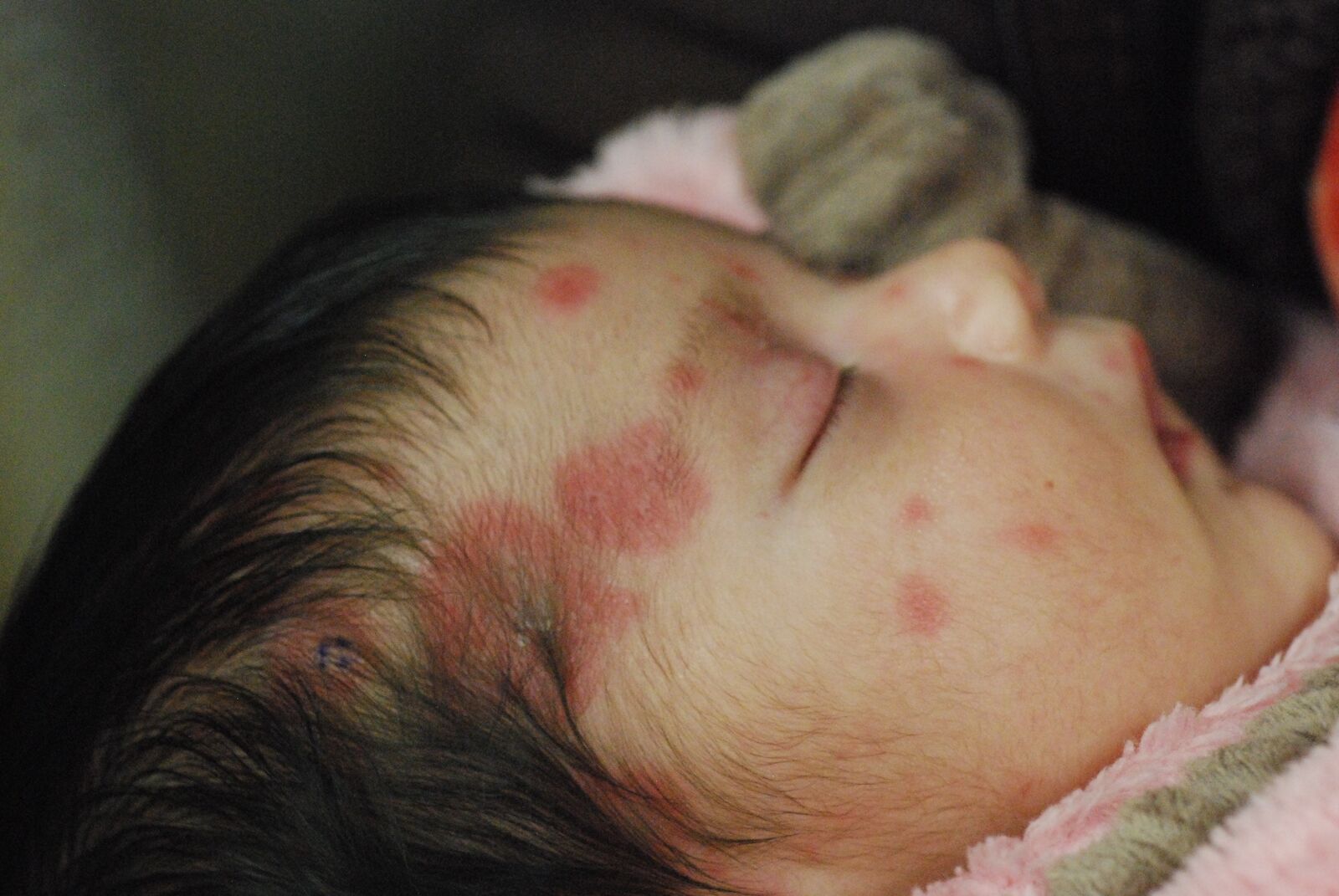 History. The parents stated that prior to the eruption’s appearance, they had taken the newborn to the beach for the first time. The patient had been born via uncomplicated spontaneous vaginal delivery, and no rash had been noted at the time of birth.

The mother denied any history of chronic medical conditions, specifically autoimmune conditions such as lupus. The mother reported that 18 months ago, prior to the delivery of her daughter, she had had an intrauterine fetal demise at approximately 36 weeks of gestation.

Physical examination. Skin examination revealed erythematous plaques with a slightly atrophic and hyperpigmented central area scattered on the newborn’s scalp, periorbital area, face, and neck. Fewer small pink papules present on the abdomen and the lower extremities. There was no involvement of the genitals or mucosal membranes.

Diagnostic tests. A punch biopsy was done of one of the scalp lesions and was stained with hematoxylin and eosin (Figure 3) as well as with colloidal iron (Figure 4). The biopsy revealed atrophic epidermis and interface dermatitis with positive staining for mucin, findings suggesting a diagnosis of neonatal lupus erythematosus (NLE). Results of a complete blood cell count and electrocardiography were normal. 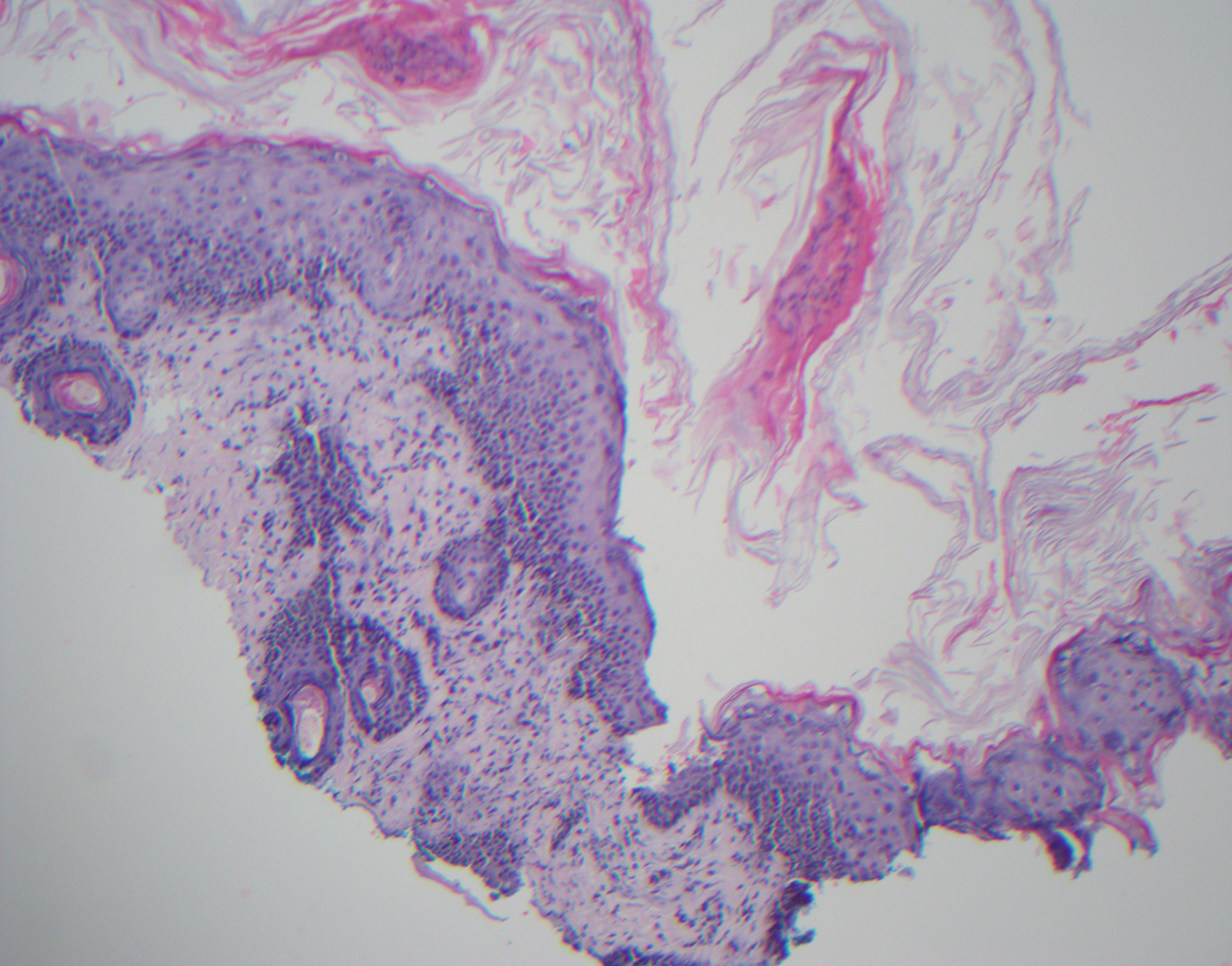 Figure 3. Hematoxylin and eosin stain results of a biopsy specimen. 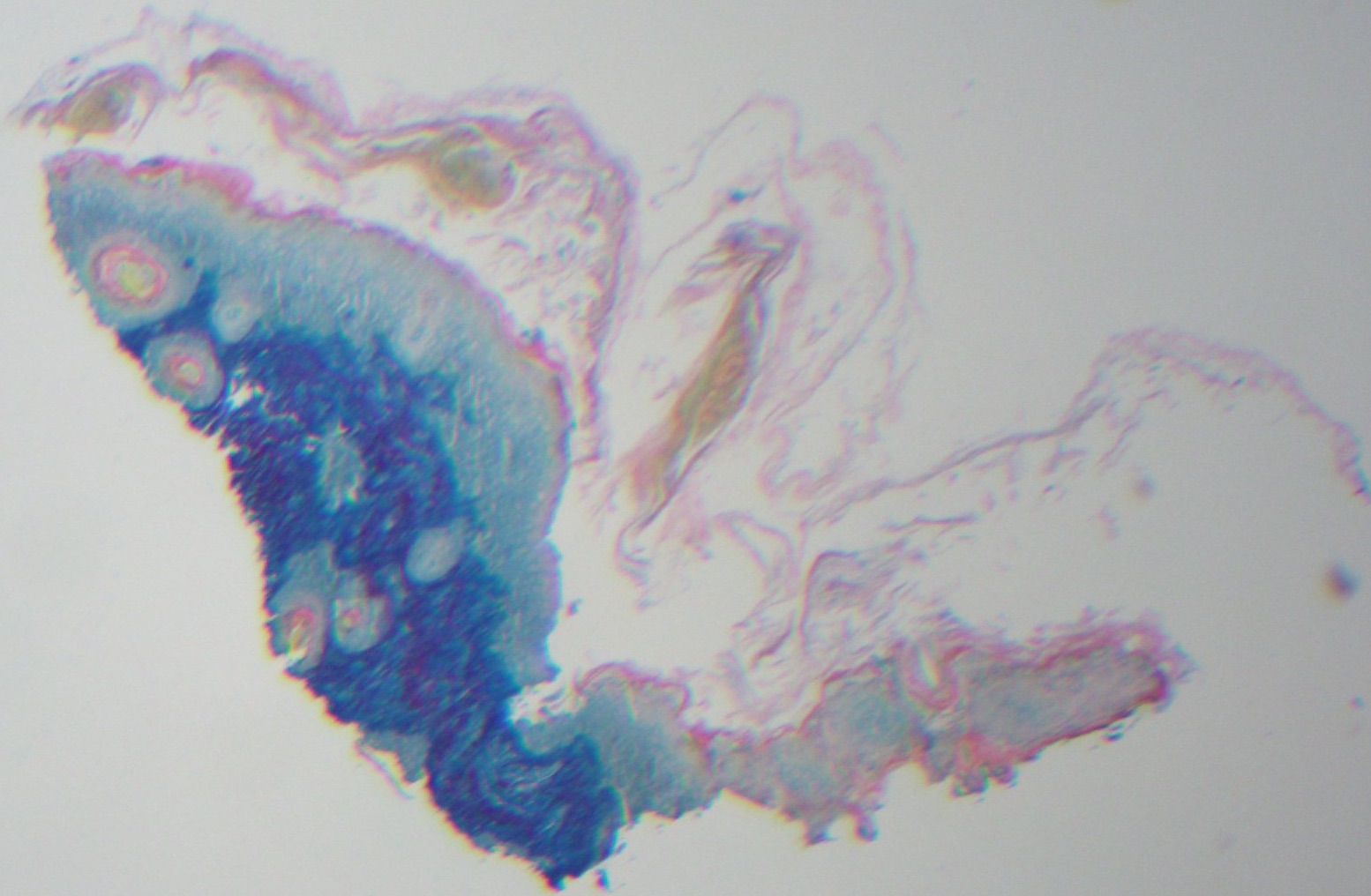 The patient’s mother was referred to a rheumatologist, where she received a diagnosis of Sjögren syndrome and was started on hydroxychloroquine.

Discussion. NLE occurs in 1 in 12,500 to 1 in 20,000 live births, predominantly affecting girls.1,2 Clinically, NLE presents as nonscarring, slightly atrophic, annular or elliptical plaques that almost always occur on the face and scalp and at times on the trunk or extremities.1-5 Facial lesions can coalesce and become confluent around the periorbital region, giving the classic raccoon-eye or owl-eye appearance.1,2 The rash usually is not present at birth and appears weeks postpartum. The rash generally disappears without any sequelae by approximately 6 months, corresponding with the clearance of maternal anti-Ro/SSA antibodies from the child’s circulation.5

The diagnosis of cutaneous NLE is most often made by way of clinical examination with verification of the presence of maternal autoantibodies. The autoantibodies against Ro/SSA, La/SSB, and U1-ribonucleoprotein have been specifically identified.1,2 A recently published report described a case of a newborn who had been conceived with a donated normal oocyte, had been carried by a woman with a history of Sjögren syndrome, and developed NLE after birth.6 This shows that a direct inheritance of the predisposition may not be needed for the development of NLE.6

Biopsies can be performed to confirm the diagnosis but are not necessary unless the diagnosis remains unclear.3 Treatment is usually unnecessary, since the condition spontaneously resolves. The morbidity and mortality depend on the organ systems affected. Children who present only with cutaneous lesions have an excellent long-term prognosis.

NLE encompasses an uncommon clinical spectrum of cutaneous, cardiac, hematologic, neurologic, hepatobiliary, or pulmonary abnormalities observed in newborns whose mother has an autoimmune disease such as systemic lupus erythematosus or Sjögren syndrome. Extracutaneous disease is associated with higher morbidity rates. Cardiac disease is the most commonly reported manifestation, with third-degree atrioventricular (AV) block as the most common finding. Once established, third-degree AV block is irreversible. Patients with cardiac involvement have an associated 20% to 30% mortality rate in the neonatal period; morbidity rates also are significant, because most will require permanent pacemaker implantation.2,4 Approximately 10% of children with NLE have hepatobiliary disease, which manifests as liver failure, cholestasis, and transaminase elevations.3,4 Hematologic abnormalities can include leukopenia and hemolytic anemia, and up to 10% of cases can present with thrombocytopenia; lymphopenia is not a characteristic finding, unlike in adults with lupus.1,3

This patient was seen in the emergency department and in the general pediatrics clinic initially, thus showing the importance of keeping NLE in the differential diagnosis for a newborn with scaly annular plaques. In addition, the mother did not have a diagnosis of connective disease at the time of presentation, making the NLE diagnosis in her daughter less obvious.