A 36-year-old woman presented to the emergency department with loss of vision in the right eye that had initially involved the peripheral field and progressed over 2 months to the central and nasal fields. During this period, she also had headaches, vomiting, and generalized weakness. She had had amenorrhea for 1 year. She took acetaminophen and NSAIDs as needed for the headaches. She had not seen a physician in more than 5 years.

The patient was alert and well-oriented. Blood pressure was 120/70 mm Hg; heart rate, 86 beats per minute; temperature, 36.1°C (97°F); and respiration rate, 16 breaths per minute. She had impressive facial features (Figure 1) and large hands and feet. She was unable to detect peripheral-to-nose moving objects with the right eye until the midline plane was crossed. Visual field examination of the left eye was normal. Neurological, cardiopulmonary, and abdominal findings were normal. 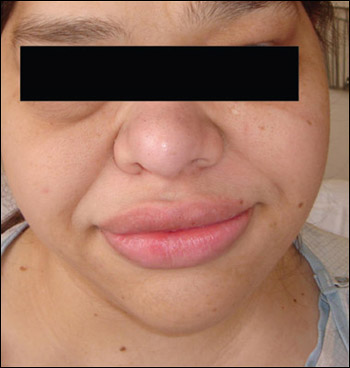 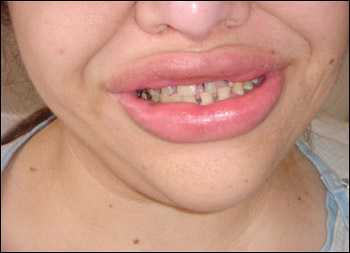 Figure 1 – These photos show the coarse facial features characteristic of acromegaly, including macrognathia, prominence of the cheekbones and supraorbital ridges, protruding jaw, and malocclusion of teeth.

MRI scans of the brain revealed a 6 × 6 × 4-cm sellar mass with suprasellar and parasellar extension encasing the right cavernous sinus and carotid artery (Figure 2), which explained the vision loss.

The patient underwent resection of a macroadenoma; however, only part of the tumor could be removed (Figure 3). Because preoperative laboratory results suggested central adrenal insufficiency, she received a stress dose of corticosteroids intraoperatively, which was reduced to a maintenance dosage after surgery. The postoperative course was complicated by rhinorrhea and partial central diabetes insipidus. Oral desmopressin (0.1 mg bid) was initially required to maintain her euvolemic status; this was slowly decreased over 2 months. Longacting formulations of octreotide and cabergoline were also started and then titrated to maximally recommended doses. 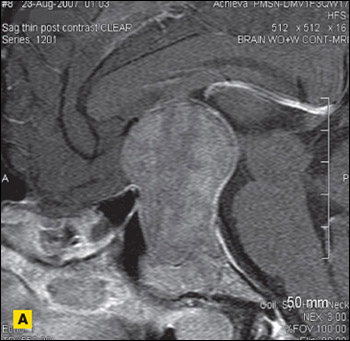 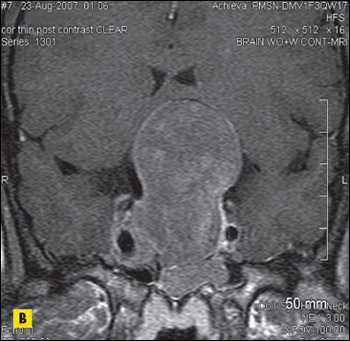 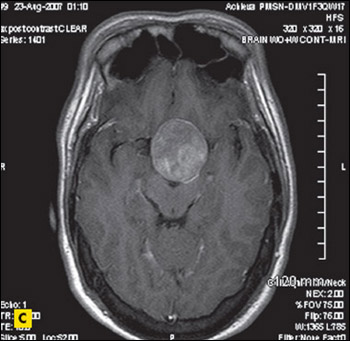 Figure 2 – Sagittal (A), coronal (B), and axial (C) postcontrast MRI scans of the brain revealed a sellar mass of 6 × 6 × 4 cm with suprasellar and parasellar extension encasing the right cavernous sinus and carotid artery.

Excess growth hormone (GH) production from the pituitary gland as a result of a functional adenoma is the most common cause of acromegaly. This rare disease occurs in about 3 to 4 persons per 1 million. It remains undiagnosed for up to 10 years on average, despite the presence of signs and symptoms (Table). Macroadenomas are found in 80% of patients at diagnosis.

Mortality is 2- to 4-fold higher in persons with acromegaly than in the general population, primarily associated with cardiovascular disease (eg, hypertension, cardiac hypertrophy, cardiomyopathy, diastolic dysfunction, and heart failure).1 Other end-organ manifestations, such as arthropathy, carpal tunnel syndrome, cranial nerve palsies, and diabetes mellitus, do not contribute to the overall increase in mortality. Therapy that reduces cardiac mass and improves left ventricular function seems to reverse the increased risk of cardiovascular mortality.2

The risk of cancer from GH hypersecretion is controversial. An increased incidence of many types of cancer, most commonly colon cancer, has been suggested. Premalignant colonic polyps are present in up to 30% of patients with acromegaly.3 A prospective controlled study of 115 patients with acromegaly showed no increased prevalence of colorectal cancer.3 However, periodic colonoscopic examinations are frequently recommended in follow-up care.

Workup. Measurement of the serum IGF-1 level should be the first step in the workup of suspected acromegaly. This is the most reliable screening test and is also useful in monitoring treatment outcomes after surgery and with medical therapy. GH measurement alone is an unreliable screening tool because random GH levels in acromegaly can vary and often exhibit unpredictable pulsatile secretion.

The diagnostic test of choice for acromegaly is an oral glucose tolerance test (OGTT); after the patient ingests 75 g of oral glucose solution, glucose and GH are sampled at 0, 30, 60, and 120 minutes. The GH nadir that supports the diagnosis of acromegaly differs because of the varying degrees of sensitivity of GH assays. However, most authorities believe that failure of GH to suppress below 1 ng/mL—along with elevated IGF-1 levels and a characteristic clinical picture—is diagnostic of acromegaly. If one of the newer, highly sensitive immunoradiometric or immunochemoluminescent GH assays is used, the diagnostic cutoff for suppression is 0.3 ng/mL after oral glucose administration. 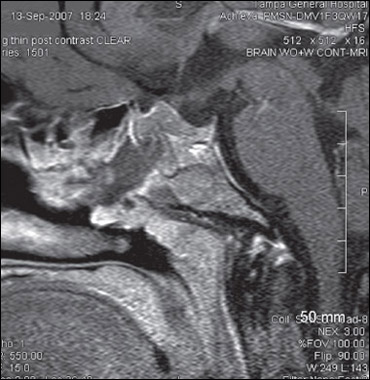 Figure 3 – An MRI scan after partial resection of the macroadenoma shows residual tumor.

Surgical management. Surgical removal or debulking of the tumor remains the primary mode of therapy. Even for patients without compressive symptoms, surgery followed by medical therapy allows for better normalization of IGF-1 and GH levels. In some instances, such as when the presence of large bulky infiltrating tumors prohibits surgery or when the patient is not a good surgical candidate, medical management may be the primary treatment modality.

Prognostic factors in favor of a good outcome after surgery include smaller size of the tumor, basal GH levels of less than 45 ng/mL, and an experienced surgeon (a surgeon who has performed more than 100 pituitary surgeries or has more than 20 pituitary cases per year). Cure rates are about 70% for microadenomas and less than 50% for macroadenomas.1

Medical therapy. This is reserved for patients who are nonsurgical candidates and those who do not wish to have surgery, and when surgery alone failed to control the disease.

Dopamine agonists. Cabergoline has been shown to suppress IGF-1 levels below 300 ng/mL in about 53% of patients.5 Almost 50% of patients with evidence of prolactin cosecretion achieve an IGF-1 level of less than 300 ng/mL.5

Growth hormone receptor antagonists. These agents are useful in patients in whom treatment with somatostatin analogues and/or dopamine( agonists fails (eg, when the IGF-1 level remains higher than 900 ng/mL), and in those in whom glucose tolerance is worsened by somatostatin analogues.6 A success rate of almost 90% has been reported with pegvisomant; however, cost is a factor.

Radiation therapy. This treatment is especially useful in patients in whom surgery and medications fail to reduce IGF-1 and GH levels. Although no direct comparison studies have been performed, reports suggest that targeted gamma knife, proton beam, and linear accelerator therapies are better than conventional radiation at yielding biochemical remission.7 The risk of panhypopituitarism, radiation necrosis, and development of a secondary lesion in the radiation field remains a problem. Evidence of full biochemical response after treatment may take up to 5 to 20 years.

Follow-up. The OGTT is the test of choice to monitor patients after treatment. Patients who have GH levels of less than 1 ng/mL and whose age-adjusted IGF-1 levels are normal are generally considered cured. In postsurgery patients who have low GH levels, but not lower than 1 ng/mL, and normal IGF-1 concentrations, the disease is considered controlled but not cured. If these patients are clinically asymptomatic, close monitoring without therapy may be reasonable.

Pituitary gland surveillance should be performed every 6 to 12 months. In patients who undergo radiation therapy, lifelong monitoring for pituitary deficits, which can manifest 15 years or more after treatment, may be needed. The goals for metabolic parameters in patients with acromegaly in general are the same as they are for highrisk cardiac patients.