GREGORY W. RUTECKI, MD—Series Editor
Dr Rutecki is professor of medicine at the University of South Alabama College of Medicine in Mobile. He is also a member of the editorial board of CONSULTANT.
Dr Rutecki reports that he has no relevant financial relationships to disclose.
Volume 50 - Issue 2 - February 2010
Copied to clipboard

What is the role of the primary care practitioner in the care of patients with HIV infection?

Although the treatment of human immunodeficiency virus type 1 (HIV-1) infection is usually directed by subspecialists, many patients who are taking highly active antiretroviral therapy (HAART) continue to see their primary care physician. What is the most effective regimen—and what complications should we be on the lookout for?

Recently, a study was conducted to determine which of these 2 regimens is safer and has greater efficacy; a total of 1858 patients with HIV infection were randomized.2 In those with a viral load of 100,000 copies or more, important differences between the 2 regimens were demonstrated.

First, in 797 patients, at a median time of 60 weeks of treatment, virological failure was significantly more common in those taking a/l than in those taking t/e (hazard ratio, 2.33). That number translated 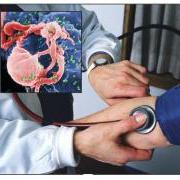 Second, the interval to a significant adverse event was shorter in the a/l group (P < .001). In addition, in the 81 patients in whom viral resistance data could be evaluated, resistance developed in 25 patients in the a/l group and in 10 in the t/e group. The difference in efficacy was profound enough that it led the safety monitoring committee to recommend the unblinding of the NRTI groups.

HIV-RELATED COMPLICATIONS AND THE IMPLICATIONS FOR PRIMARY CARE
The AIDS epidemic may have opened up a new subspecialty dedicated to the complexities of HAART, viral resistance, and the complications of HIV infection but, at the same time, an important role has been reserved for primary care practitioners. HIV infection has become a paradigm for modern disease.3 It is no longer a uniformly fatal infectious disease, and it transcends simple subspecialty categories.

Many of its debilitating complications are best diagnosed and managed in the primary care setting. Among these complications are osteopenia, metabolic syndromes, elevated glucose and cholesterol levels, drug-drug interactions, heart failure, depression, and malignancy (cervical carcinoma, for example). Our role in the care of patients with HIV infection also includes reviewing an often-extensive medication list.

As primary care practitioners, we are strategically positioned to have an impact on potentially lethal morbidities that may be ignored by subspecialists. In this era, patients with HIV infection no longer die of AIDS per se.