A 28-year-old woman with no remarkable personal or family history gave birth to a full-term, large-for-gestational-age boy via cesarean delivery. Results of all maternal prenatal laboratory studies were normal. Only one prenatal sonogram was done, at 6 weeks of gestation, showing no gross fetal abnormalities. The newborn’s physical examination findings at birth were normal, and he was discharged from the newborn nursery after 3 days.

At 20 days of life, skin examination showed a hypopigmented macule of 0.5 × 0.5 cm over the newborn’s lower back. Further interviewing of family members revealed that the father, who originally is from Mexico, had received a diagnosis of tuberous sclerosis in his home country. Of interest, the father presented with facial angiofibromas and multiple ash leaf macules on his torso. He also reported that magnetic resonance imaging (MRI) scans of the brain and kidneys were unremarkable. Other than the cutaneous manifestations, he had been symptom-free throughout his life, and no other members of his family had been affected until now.

An echocardiogram at 42 days of life showed multiple tumors at the infant’s cardiac apex and septum, and a small tumor attached to the lateral wall of the right ventricle, consistent with rhabdomyomas. At 3 months of age, the child’s ophthalmologic examination findings were reported within normal limits. The results of brain MRI showed multiple foci of hyperintensity, findings that have been described in the setting of tuberous sclerosis. 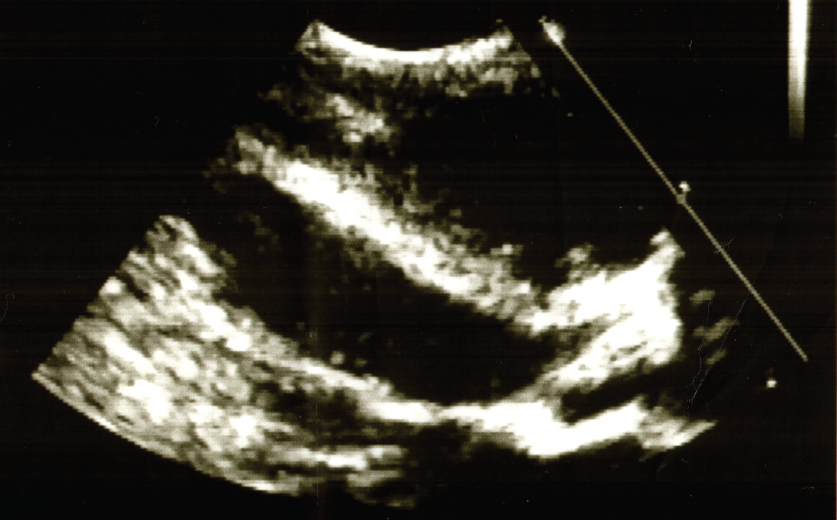 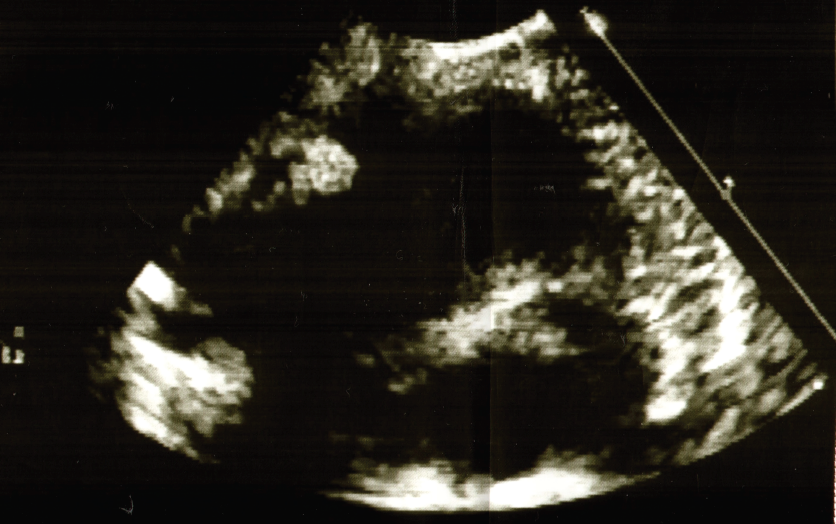 An echocardiogram at 42 days of life showed rhabdomyomas at the infant’s septum and the lateral wall of the right ventricle.

A follow-up echocardiogram at 2 years and 10 months of age of showed complete resolution of the rhabdomyomas. No cardiac symptoms were reported during the follow-up examinations. The patient now is 3 years old and is receiving services for expressive language delay, which is a common neurodevelopmental complication associated with tuberous sclerosis complex.1

Tuberous sclerosis complex (TSC) is an autosomal dominant, multisystem, neurocutaneous syndrome with a high spontaneous mutation rate and variable clinical expression.2 The condition is characterized by hamartomas in multiple organ systems, including the brain, skin, heart, kidneys, and lungs.3 Major manifestations of TSC include skin lesions in more than 95% of cases, autism and seizures in 85% of cases, kidney disease in 60% of cases, mental retardation in 50% of cases, and cardiac rhabdomyoma in 50% of cases.2 Although some individuals inherit the disorder from a parent with TSC, most cases occur as sporadic cases due to new, spontaneous mutations in TSC1 or TSC2 genes.1 The disorder affects approximately 25,000 to 40,000 individuals in the United States, and approximately 1 million to 2 million individuals worldwide, with an estimated prevalence of 1 in 6,000 newborns.1 TSC occurs in all races and ethnic groups and in both sexes.1

Cardiac rhabdomyoma is a rare benign tumor that is frequently associated with tuberous sclerosis.4,5 Echocardiographic studies show an prevalence of cardiac rhabdomyoma of more than 50% in patients with TSC.4,6 Cardiac rhabdomyomas in TSC tend to regress in early infancy, remain the same size through childhood, and then again regress in adolescence. Because other signs of tuberous sclerosis usually are absent in early infancy, echocardiography may afford the most useful single diagnostic test.7 For existing rhabdomyomas,
|surveillance studies should be done every 6 to 12 months until stabilization or involution occurs.2 Surgery is recommended only for patients with life-threatening obstruction or refractory dysrhythmias.6

Evidence of TSC can be subtle in the first year of life. As a result, it can go unrecognized or misdiagnosed for years.1 Many factors make an accurate assessment of the incidence and prevalence of TSC challenging, such as the under-recognition of less-severe phenotypes, the high spontaneous mutation rate, the marked variability of symptoms, and the reluctance of asymptomatic parents and relatives to undergo diagnostic testing related to concerns of social stigma.8

Any pregnant woman with a family history of TSC should undergo prenatal screening with fetal echocardiography for the presence of rhabdomyoma. Fetal echocardiography promotes early diagnosis of tuberous sclerosis through prenatal detection of cardiac rhabdomyoma and facilitates genetic counseling of families at risk.9 When fetal cardiac rhabdomyomas are diagnosed, careful evaluation of other fetal structures including the brain and renal parenchyma should be performed in search of signs of TSC.5

Tuberous sclerosis and associated neurodevelopmental complications should become an important part of prenatal counseling for parents.10