Toddler With a Finger Stuck in a Pencil Sharpener

A 2-year-old girl, accompanied by her mother and uncle, presented to the emergency department (ED) with the girl’s left index finger stuck in a medium-sized, square, manual pencil sharpener (Figures 1 and 2).

The child had a previous medical history significant for asthma, and she was taking albuterol as needed. Her vaccinations were up to date, with a diphtheria-pertussis-tetanus booster having recently been administered. 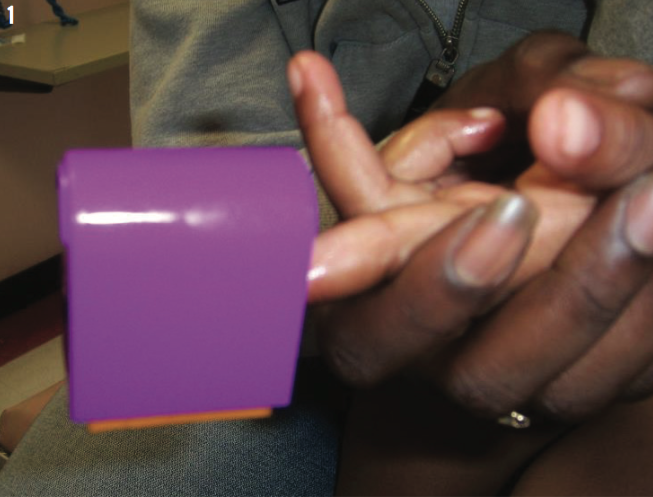 On physical examination of the girl, the pencil sharpener was found to have 2 entry ports, with the distal phalanx of her left index finger firmly wedged into the right-sided port. One blade accompanied each port. A slight amount of bleeding was present through the right-sided blade of the pencil sharpener, but the bleeding stopped soon after presentation. The child was in no significant distress and appeared calm; her vital signs were noncontributory.

Removal of the pencil sharpener from the girl’s finger initially posed a challenge because of the 2 entry ports and 2 blades evident on the underside (one on each side), without a clear indication of the direction of the blades’ rotation. The concern was that attempts to remove the blades would worsen any cuts she had received.

The administration of a digital nerve block was considered prior to removal; however, it was felt that this would also be traumatic to the child and could possibly be avoided. 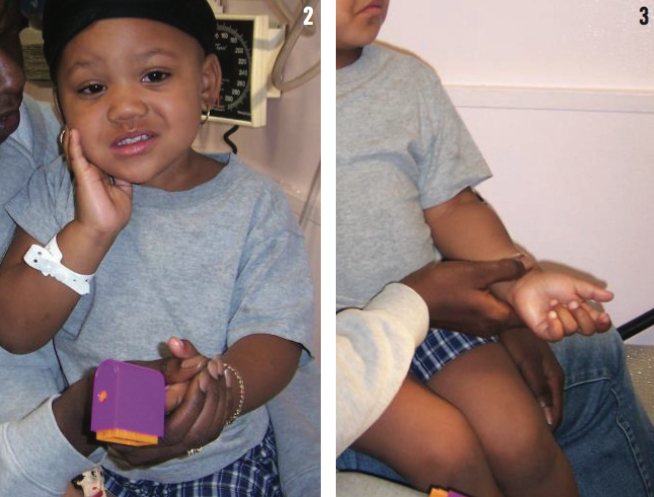 The family had attempted to remove the blade by loosening the screw using the Phillips-head screwdriver included on the uncle’s Swiss Army knife. However, this attempt at removal had stripped the head off of the screw, and it now could not be loosened with a smaller screwdriver. The ED staff attempted to remove the other blade (the free blade) by loosening its screw, but that screw was too tight and could not be loosened. The child cried out during this process, and so this attempted method of removal was abandoned.

There was a little swelling of the fingertip due to compression in the pencil sharpener (Figure 3). No obvious cuts were noted, other than a small linear abrasion of the epidermis.

The child was given a cold compress to wrap around the finger and was discharged home without the need for wound repair, antibiotics, or a tetanus injection.