Steam Burn From a Rice Cooker

A previously healthy 11-month-old boy presented to our hospital with a steam burn from a rice cooker on his 4 right fingers and part of the ventral palm.

Twenty-four hours before his visit, he had placed his right hand on the steam port of an electrical rice cooker, which had been placed at a height of 50 cm from the kitchen floor in his home. The vapor had leaked from the port during cooking. His mother had been preparing breakfast when the boy began to scream.

On physical examination, the boy was 71 cm tall and was alert. His injuries were deep second- and third-degree burns. The boy had been able to walk with support since the age of 10 months.

His wound was dressed daily. Two weeks later, full-thickness skin grafting of the burn was performed. 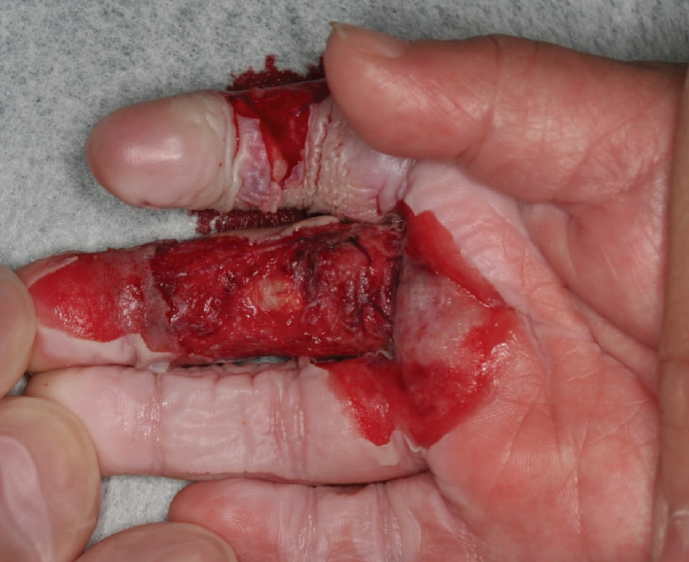 A retrospective investigation of burns in children younger than 5 years of age was conducted at a children’s hospital in Tokyo, Japan, between 2010 and 2011.3 Thirty-two of 313 children with burns had been injured from vapors, and the most frequent cause was steam from a rice cooker (21 of 32 children, 65.6%).

Roh and colleagues4 reported on burns to 81 hands in 79 children (mean age, 10.5 months) in Seoul, South Korea; all of the burns resulted from steam leaking from a rice cooker. All of the injuries were medium-to-deep second-degree burns, similar to the injuries in our patient’s case.

Toddlers are attracted to the visual effects and the hissing sound of the steam, and to the smell of cooked rice from a rice cooker. They may reach for the rice cooker, even if it is placed high on a kitchen shelf. Toddlers likely are unable to pull away their hand immediately, because they stretch their hand up to the cooker, kept at a height, possibly while standing on tiptoes. Therefore, parents should be advised to not place steam rice cookers within reach of toddlers, or to use a steamless rice cooker.