DISCLAIMER:
The views expressed in this article are those of the authors and do not necessarily reflect the official policy or position of the Department of the Navy, Department of Defense, nor the US Government.

A 26-year-old healthy man presented with 3 days of increasing shortness of breath, chest tightness, and a mild, nonproductive cough. His symptoms had begun acutely while driving after having worked an extended night shift, during which he had consumed more than his usual amount of coffee. He described his breathing difficulties as intermittent and worse with deeper breaths. He described his chest tightness as moderate but persistent and without sharp pains or radiation. He also mentioned that he had recently run a 3-mile race in under 19 minutes without any chest pain.

History. He had no history of trauma, allergies, lung disease, or cardiac illness. His immunizations were up to date, and the results of a recent purified protein derivative test were negative for tuberculosis. There were no recent illnesses, hospitalizations, or surgical procedures. He had no family history of sudden death, heart disease, or diabetes. His grandparents were all living and reportedly doing well.

He denied alcohol use but reported smoking half a pack of cigarettes weekly. He had no known drug allergies and was not taking medications.

His oropharynx appeared normal, without tonsillar enlargement. He had intact, clear tympanic membranes and was without sinus tenderness. Bilateral crackling with palpation was noted in the anterior neck. The neck veins were not distended.

The lungs were clear to auscultation bilaterally, with symmetric inflation. Cardiac examination revealed regular rate and rhythm without murmurs, rubs, or gallops. Physical examination findings of the abdomen, extremities, and skin were normal.

Diagnostic tests. An electrocardiogram showed normal sinus rhythm with a rate of 70 beats/min, with normal axis and intervals and no ST-T wave changes. Chest radiographs showed extensive pneumomediastinum extending into the neck (Figures 1 and 2) without pneumothorax. 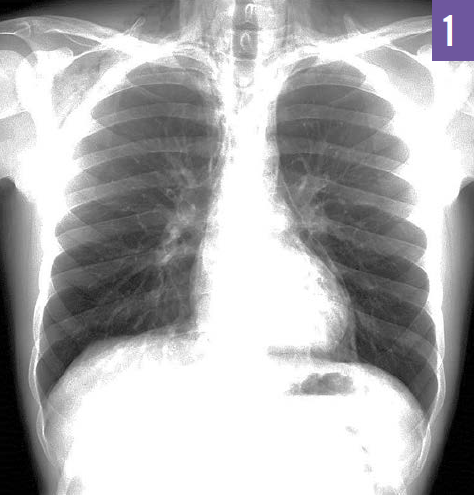 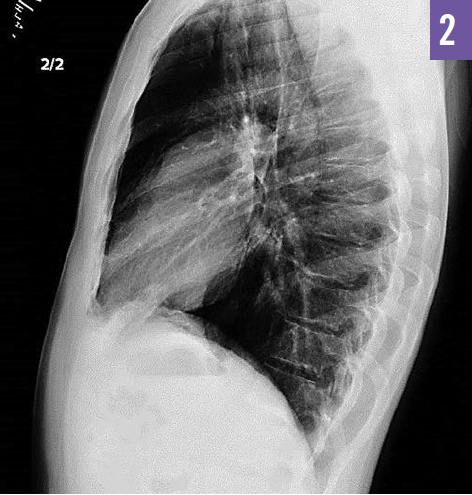 Based on these findings, he received a diagnosis of spontaneous pneumomediastinum. Given the extent of the findings, a pulmonologist and cardiothoracic surgeon were consulted. A computed tomography scan of the chest (Figures 3-6) showed diffuse pneumomediastinum with a small amount of air surrounding the thecal sac and mild bronchiectasis involving right middle lobe and anteromedial lingula. He was considered stable and was not admitted. A barium swallow radiograph was obtained the following day, the results of which were normal (Figure 7). 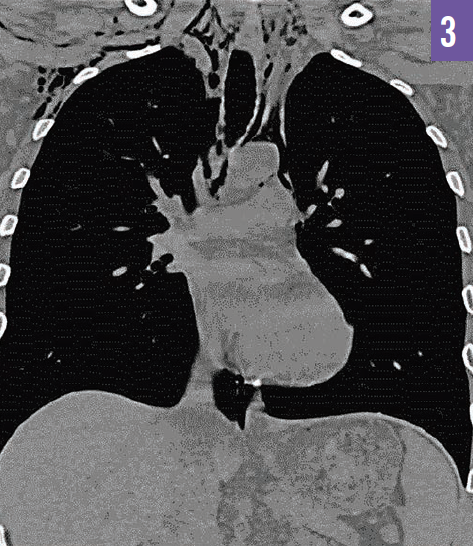 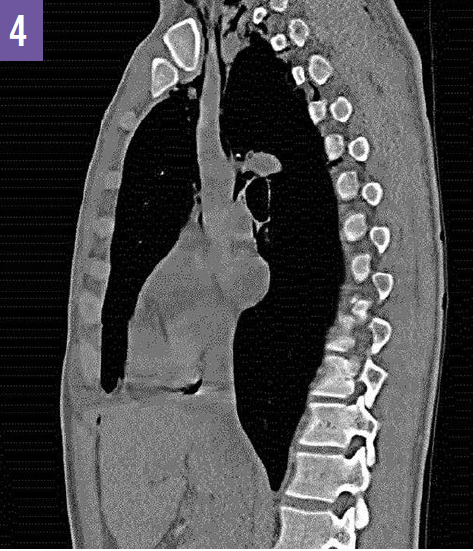 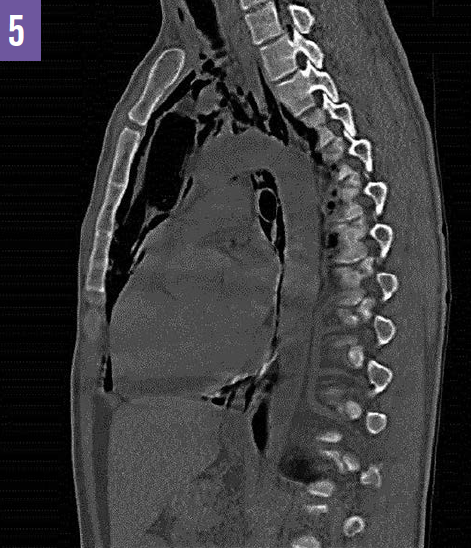 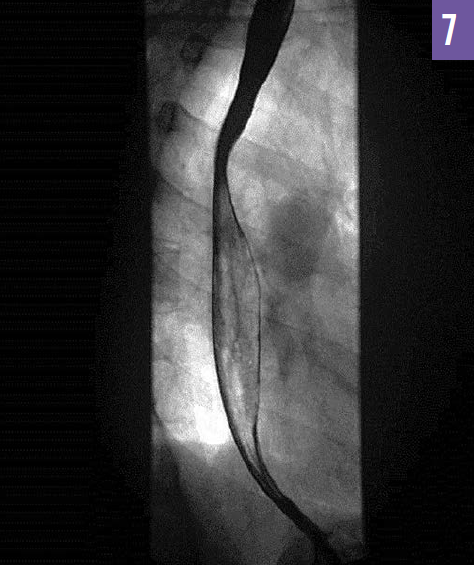 Outcome of the case. The man continued to improve daily and began light exercise on his own without significant shortness of breath after 1 week. A follow-up plain radiograph of his chest 10 days later (Figure 8) demonstrated slight but noted interval improvement. At the 3-week interval, he reported no symptoms and had resumed his rigorous exercising routine without symptoms. 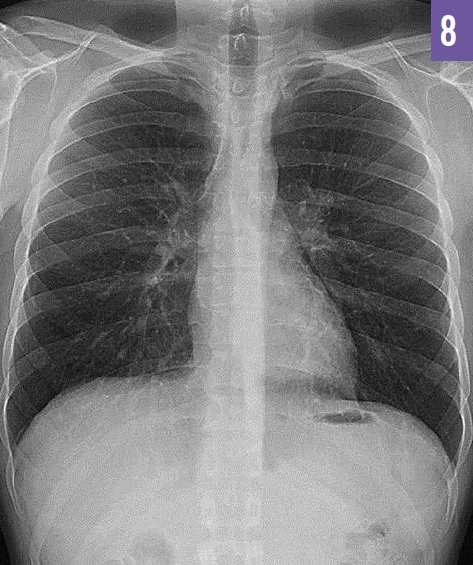 A synchronous crunching sound on auscultation of the chest can indicate air trapped between the chest wall and anterior parietal pericardium and is known as the Hamman crunch.1

A relatively benign condition with hospital stays averaging 2 to 4 days, spontaneous pneumomediastinum follows a predictable course, with full resolution within approximately 1 to 3 weeks.2,3 Pneumothorax is often found in conjunction with pneumomediastinum and presents in approximately one-third of cases.2 In rare cases, tension pneumothorax may evolve, which may require needle decompression.4