A 35-year-old man presented with moderate to severe, constant right-sided abdominal pain. The pain had been progressively worsening over the past 2 days and was associated with 1 watery bowel movement and nausea without vomiting. The pain was relieved with marijuana use and was not associated with food intake. Findings of a review of systems were otherwise negative.

History. His medical history was significant for Ehlers-Danlos syndrome (EDS) of unknown subtype and for intermittent tendinitis. His mother had systemic lupus erythematosus and autoimmune hepatitis, and his father also has EDS.

Physical examination. His vital signs were normal. Cardiac and pulmonary examination findings also were normal. Abdominal examination revealed tenderness over the right upper and lower abdomen, with normal bowel sounds and no masses. Examination of the extremities revealed hypermobility of the fingers, talipes equinovarus, and knee hyperextensibility greater than 10°.

A number of imaging studies were done during his hospital stay. Computed tomography scans of the abdomen and pelvis were suggestive of a renal infarct as opposed to pyelonephritis (Figure 1). Transthoracic and transesophageal echocardiography revealed no apparent thrombi. Magnetic resonance angiography of the abdomen showed evidence of renal upper pole avascularization without abnormalities of the renal arteries (Figure 2). 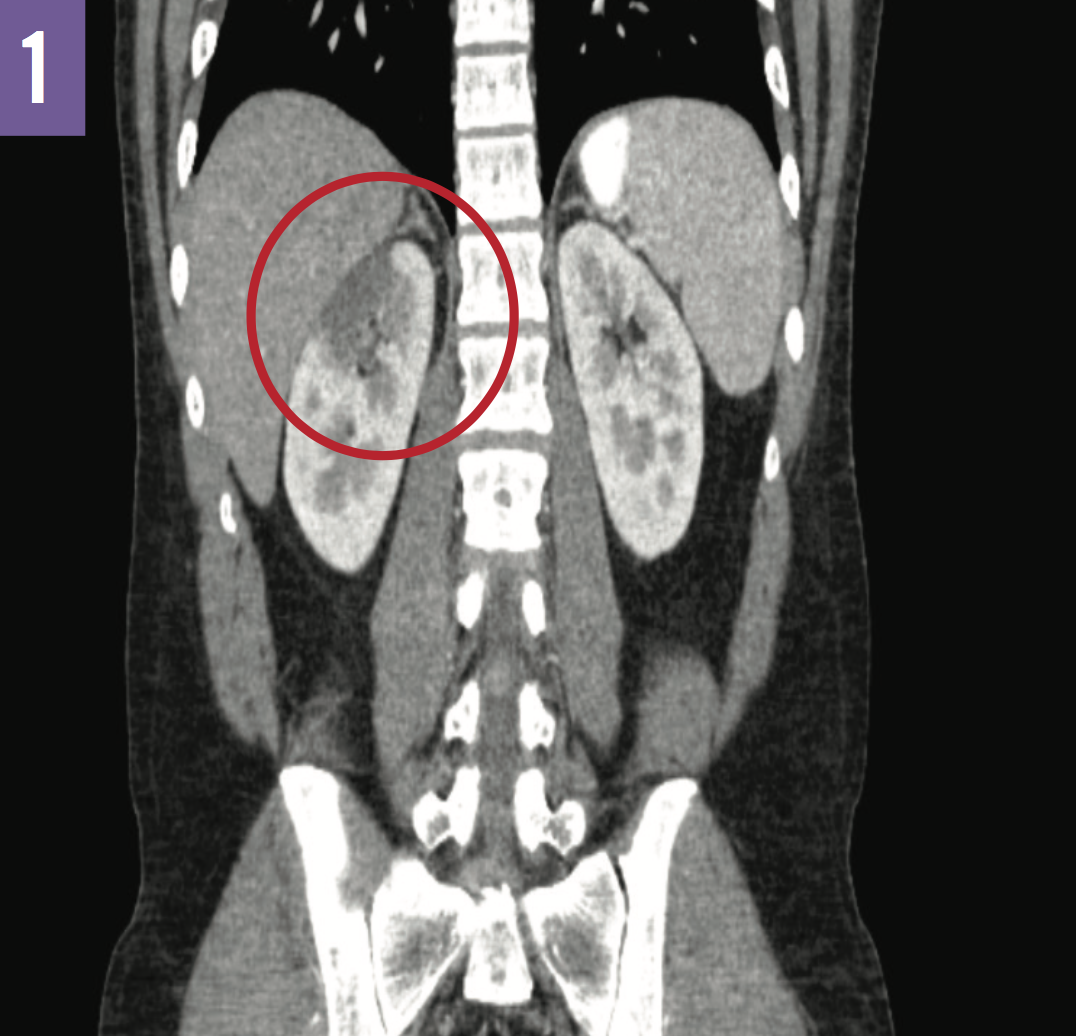 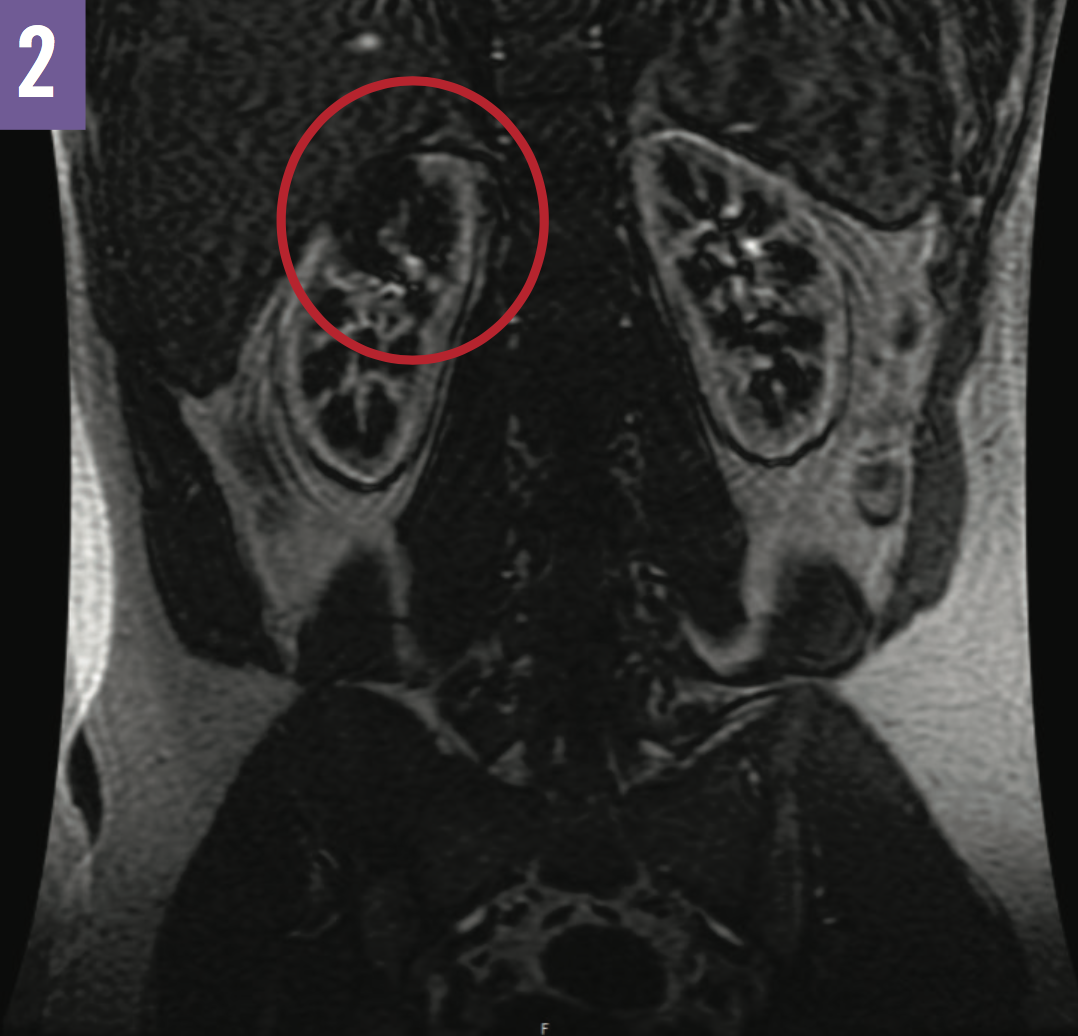 Results of a hypercoagulability workup and other tests were negative for factor V Leiden mutation, positive for hepatitis B surface antibodies, negative for lupus anticoagulants, and negative for prothrombin gene mutation.

The patient did have findings suggestive of EDS that could be diagnosed clinically as the classic type. However, the presentation of renal infarction raised concern for vascular type EDS, which is associated with significantly higher morbidity and mortality rates. Genetic medicine and vascular surgery teams were consulted, and it was decided that, irrespective of emboli or dissection, the patient should be placed on lifelong anticoagulation therapy.

The patient was discharged home on long-term anticoagulation with warfarin and a goal international normalized ratio of 2 to 3.

Discussion. EDS describes a spectrum of rare genetic disorders characterized by skin hyperextensibility, joint hypermobility, and tissue fragility.1 The clinical diagnosis is based on a series of major and minor criteria that differ according to EDS type, with classic, hypermobility, and vascular types being relatively more common.2

Vascular type EDS is notably associated with arterial, intestinal, and uterine fragility; vascular dissection or rupture; and organ rupture. Owing to the underdiagnosis of cases of renal infarction3 and the rare nature of the genetic disorder, and more specifically of the vascular type EDS, no ideal studies are available for determining the value of long-term anticoagulation for such patients. Decisions on anticoagulation are made on the basis of clinical discretion and the patient’s presentation.