The parents of a 9-month-old boy were concerned about the bright red color of their son's feces. Over the course of an hour, the infant had 3 bowel movements that appeared to the family to be "more blood than stool." He had no fever or emesis and no history of unusual contacts or travel. There had been no change in his diet; he had not been given any dietary supplements, such as iron. 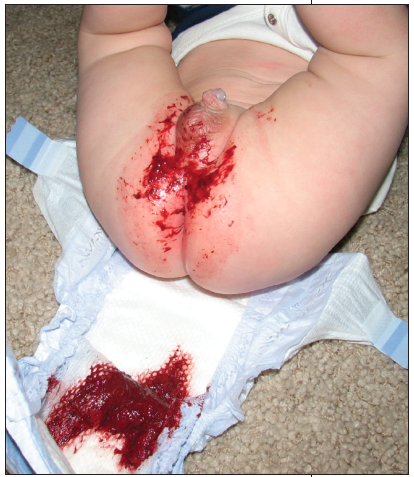 Red-colored stools can occur in patients taking cefdinir. In the few cases reported, most of the patients were also receiving iron-containing supplements. The red color is caused by the formation of a nonabsorbable complex between cefdinir (or its components) and iron in the GI tract.1 In this case, the infant's diet was typical and did not contain unusually large sources of iron.

This infant's stools returned to normal after cefdinir was discontinued. Another antibiotic was prescribed for the otitis media. No other intervention was necessary.