A 12-year-old girl was emergently transported emergently by helicopter to the emergency department 1 hour after having sustained a rattlesnake bite to her left foot while she had been camping in Southern California. She reported an immediate sharp, burning pain followed by rapidly progressive edema and ecchymosis of her right lower extremity. Two puncture wounds (A) were noted on the left lateral foot, with ecchymosis and edema extending beyond the ankle (B). 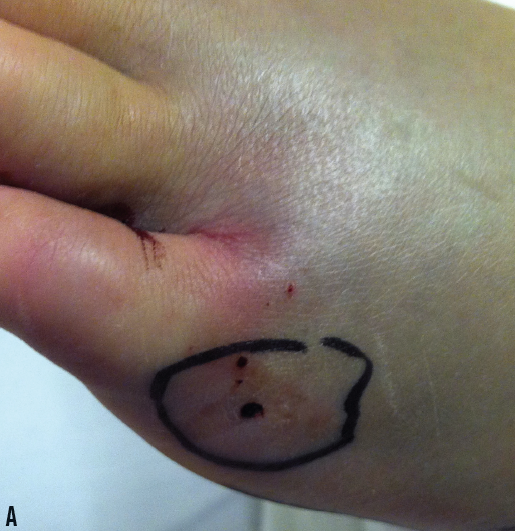 The girl’s serial compartment pressures remained below 30 mm Hg. Results of laboratory tests to monitor for coagulopathy and rhabdomyolysis were unremarkable. Four vials of Crotalidae polyvalent immune Fab antivenin were given in response to the swelling that was rapidly progressing beyond the bite zone. The progression of the edema and ecchymosis stopped within the first 18 hours of hospitalization and antivenin administration. The girl was discharged home after 4 days and was prescribed oral opioid analgesic medications.

In the United States, 99% of bites from venomous snakes are from members of the Crotalinae (pit viper; formerly Crotalidae) subfamily of the Viperidae (viper) family. Pit vipers include rattlesnakes, copperhead snakes, and water moccasin (cottonmouth) snakes.1 Rattlesnake bites vary in presentation from fang marks with localized swelling to coagulopathy, rhabdomyolysis, renal failure, compartment syndrome, and shock. Children are at higher risk of significant morbidity and mortality than are adults owing to their smaller body size relative to the venom dose.2

Snake venoms are classified as hemotoxic or neurotoxic. Most pit viper venoms are hemotoxic. Of the pit vipers, Mojave rattlesnakes produce a neurotoxin that can lead to paralysis and respiratory depression. Pit viper venoms contain a thrombin-like glycoprotein that damages capillary endothelium by initiating a cascade of tissue destruction and consumptive coagulopathy similar to that of disseminated intravascular coagulation.3

Immediately after a rattlesnake bite, the site should be immobilized. Although tourniquets, oral suction, and ice had been advocated in the past, they are no longer recommended.4 A bite should be distinguished from an envenomation, which presents with rapid swelling, pain, ecchymosis, and blistering within the first 12 hours. 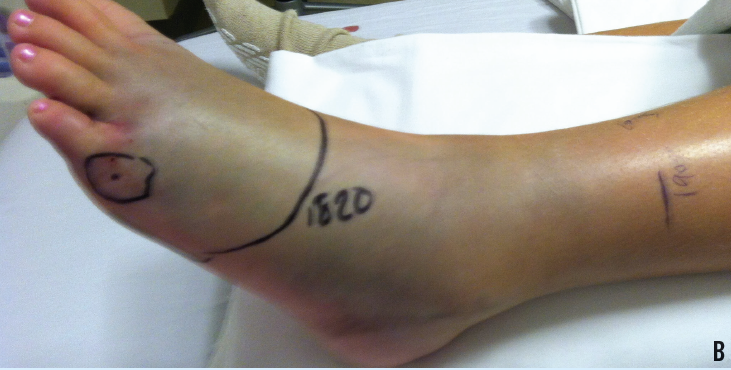 Crotalidae polyvalent immune Fab is the only antivenin available in the United States for treatment of pit viper envenomation. It is most efficacious when given within the first 6 hours after envenomation. Indications for antivenin administration include pain and edema spreading beyond the bite zone, coagulopathy, or systemic illness.5 Consultation with a poison control center is recommended before the administration of antivenin. Hypersensitivity reactions may occur with antivenin administration; therefore, patients should be in a monitored setting with epinephrine at the bedside.