A 45-year-old African American man requested treatment of "keloids" that had developed 18 months earlier. The patient also reported dyspnea and exertion; there was no history of trauma. 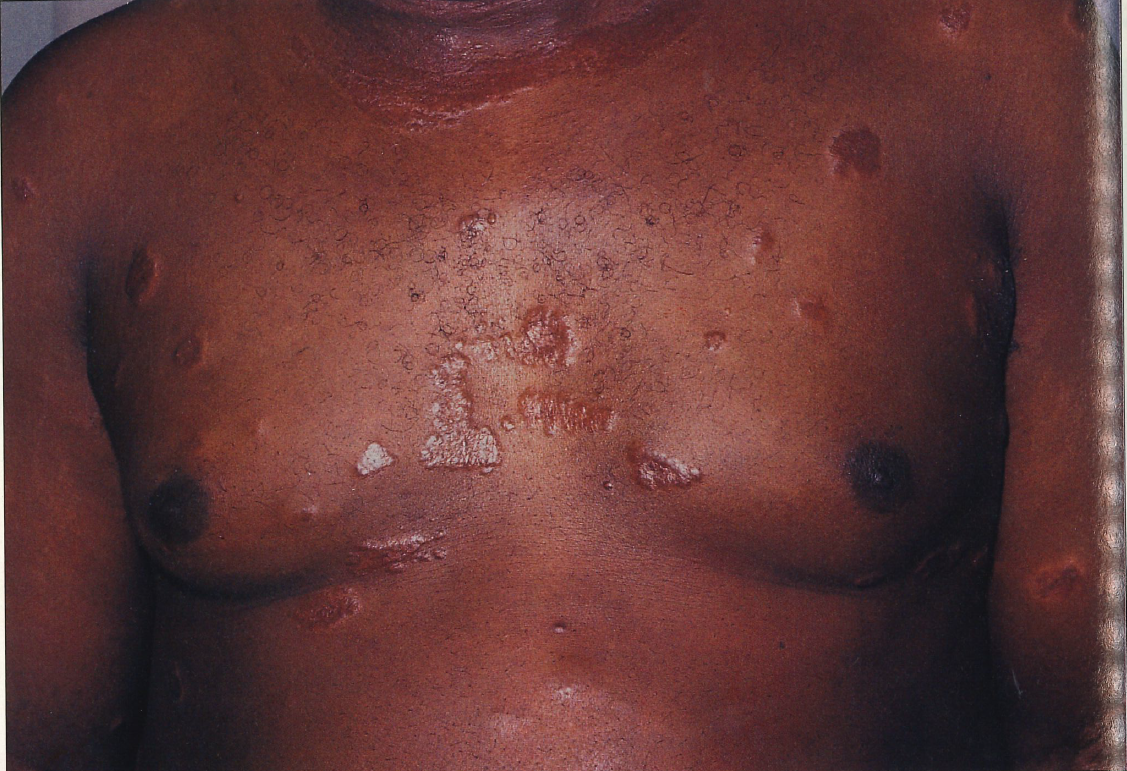 Sarcoidosis is a systemic granulomatous disease that involves the respiratory tract in 88% of affected patients. It is most prevalent in persons between the ages of 20 and 40 years. Northern Europeans and blacks are most com­monly affected. In the United States, sarcoidosis occurs in 10.9 per 100,000 whites and 35.5 per 100,000 blacks.1 This patient takes hydroxychloroquine, 200 mg bid; systemic corticosteroids are given for his infrequent exac­erbations of pulmonary symptoms. Although there is no cure for sarcoidosis, the disease can be adequately controlled in many patients with such combination therapy.

Sarcoidosis can closely mimic keloids; therefore, the granulomatous disease needs to be considered in the differential diagnosis of any cutaneous eruption in African Americans.