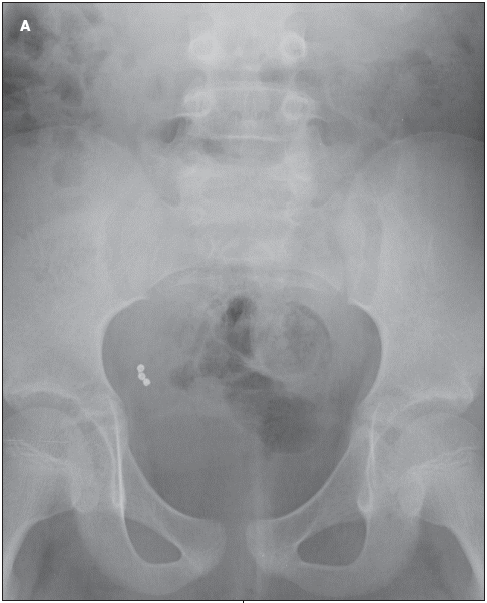 The patient is an 8-year-old girl with a history of asthma and developmental delay. She complained of hip pain, and her pediatrician referred her to a pediatric orthopedist for consultation. Hip x-ray films were ordered; they revealed 3 round beads in the child's appendix (A). The child's mother remembered that the child had been chewing on a beaded bracelet 1 to 2 months before the films were taken.

The child's hip pain subsequently resolved and the results of an abdominal examination were normal, according to John Harrington, MD, Michael Morris, MD, 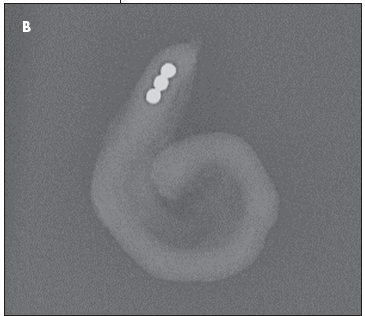 and Whitney McBride, MD, at the Maria Fareri Children's Hospital at New York Medical College in Valhalla, NY. Nevertheless, the child underwent elective appendectomy to remove the beads (B). She recovered uneventfully.