Pericardial Effusion With Heart Failure: Initial Sign of SLE in a Teenage Girl

A 13-year-old girl was admitted to the inpatient cardiology unit because of progressive dyspnea. She had a history of shortness of breath off and on for the past 2 months, and her symptoms had worsened on the day of admission. She reported having general malaise, insomnia, a 10-kg weight loss, and amenorrhea for the past 4 months. She had no known drug allergies; her immunizations were up-to-date.

On examination, the patient appeared anxious. Ear, eye, nose, and throat findings were unremarkable. Chest expansion was symmetrical, with clear breathing sounds. Heart rate was 150 beats per minute. A grade 3 to 4/6 systolic murmur was audible over the left sternal border fourth to fifth intercostal space. Her extremities were freely movable without edema. 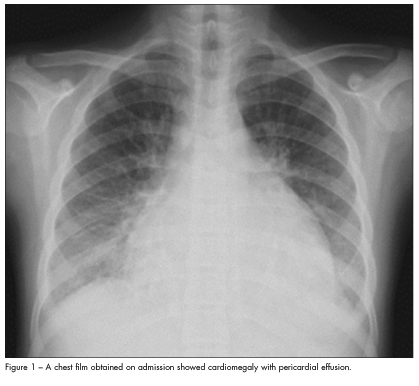 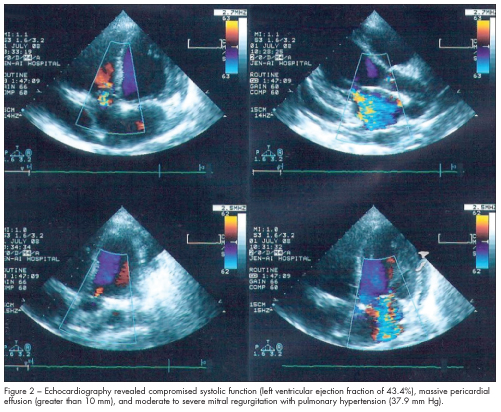 Findings associated with cardiac involvement in SLE. Common clinical features of large pericardial effusion in SLE are Raynaud phenomenon, arthralgia, and lupus nephritis class III or IV. On further questioning, the 13-year-old girl in this case reported having arthralgia. She also had a systolic murmur, which is another common finding in patients with SLE. The cardiomegaly with pericardial effusion in this patient prompted us to consider the differential diagnosis of this entity in children, which led to the evaluation for SLE.

Echocardiography is particularly sensitive and specific in detecting cardiac abnormalities, such as mild pericarditis, valvular lesions, and myocardial dysfunction. It should be performed periodically in patients with SLE.5

Serological findings in SLE typically include positive screens for antinuclear antibody and anti–double-stranded DNA antibody and low C4 and C3 complement levels.6 Cardiac involvement in children with SLE has been found to correlate significantly with the presence of anti-Ro and anti-La antibodies.3 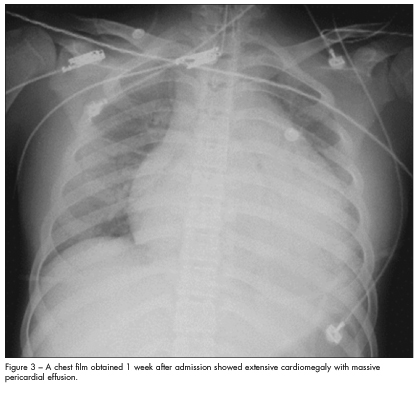 Management of cardiac complications in SLE. After excluding infective endocarditis, a short trial of high-dose corticosteroids can effect overall improvement in carditis of SLE.7 Prednisolone therapy has led to a dramatic decrease in pericardial effusion and improvement in left ventricular diastolic dysfunction in some patients with SLE.2

Cardiomyopathy that occurs relatively early in the course of SLE may lead to severe cardiac dysfunction despite corticosteroid therapy and appears to be responsive to cytotoxic therapy.7 Pericardial effusion with extensive capillary hyperplasia in SLE may be resistant to medical treatment and may require surgical fenestration.8

Our patient required cytotoxic therapy in addition to supportive extracorporeal membrane oxygenation therapy. She was treated in the pediatric ICU for 2 weeks and then received general ward care for another 2 weeks. During that time, her symptoms resolved and she was
discharged.