A 63-year-old woman was admitted from home after a mechanical fall.

History. She had a past medical history that was significant for smoking, hypertension, dementia, and an 18-kg weight loss over the past 6 months. She stated that her ability to ambulate had been declining since her weight loss, and her son also had noted increased confusion in the days preceding her presentation.

She was evaluated by a hematologist. Results of bone marrow biopsy revealed a plasma cell neoplasm, and serum protein electrophoresis test results showed increased κ light chains. Based on her history and test results, a diagnosis of multiple myeloma (MM) with extramedullary extension was established. 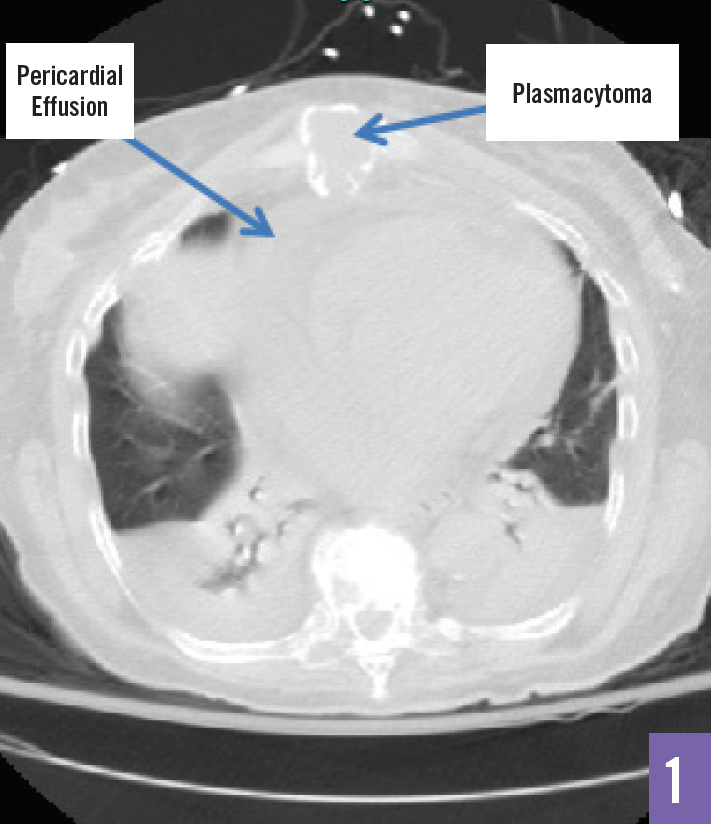 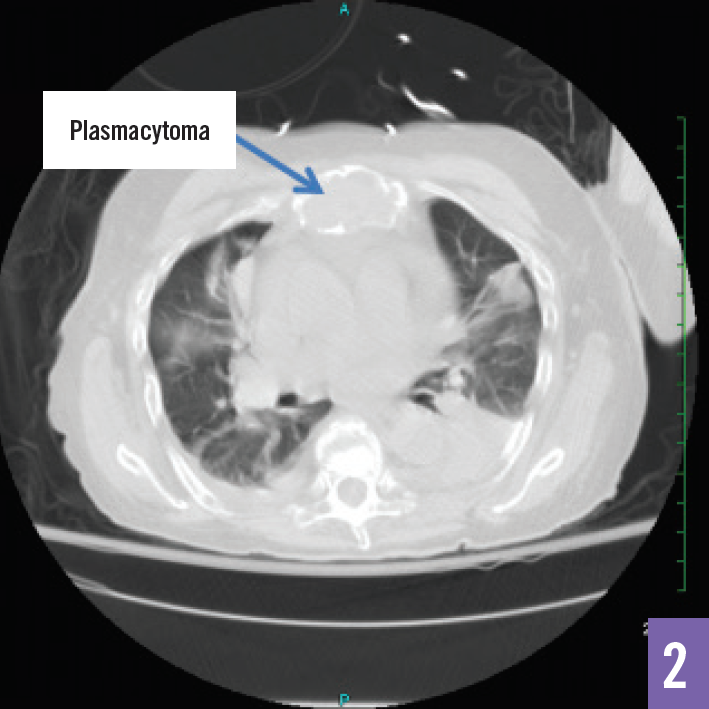 The CT images of the chest (Figures 1 and 2) also revealed a 5.9 × 3.3 × 9.7-cm lytic lesion with a soft tissue component in the sternum, along with a moderate-sized pericardial effusion. After careful review of the patient’s history and imaging study findings, the hematologist deemed the mass to be a plasmacytoma. The sternal mass was appreciated to be abutting the anterior aspect of the heart border. An echocardiogram (Figures 3 and 4) revealed a moderate to severe anterior pericardial effusion and an anterior sternal mass. 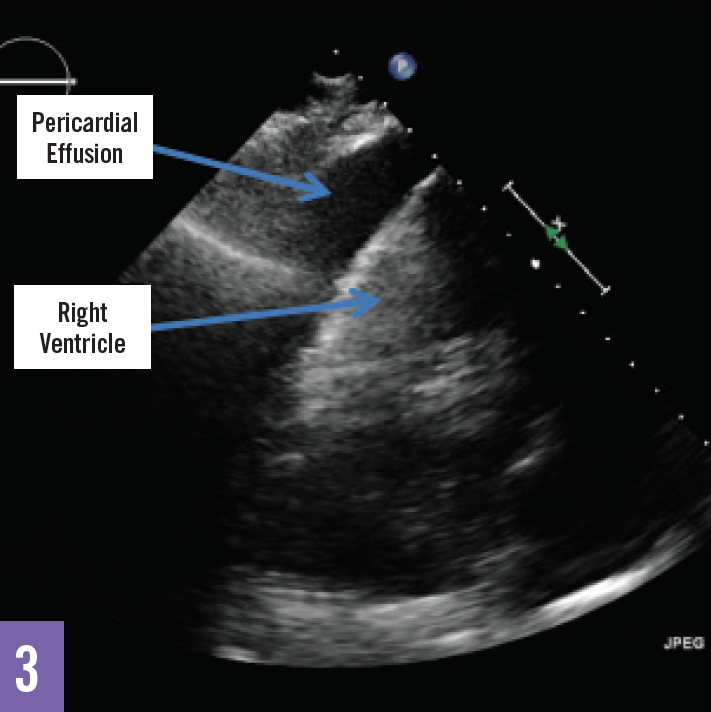 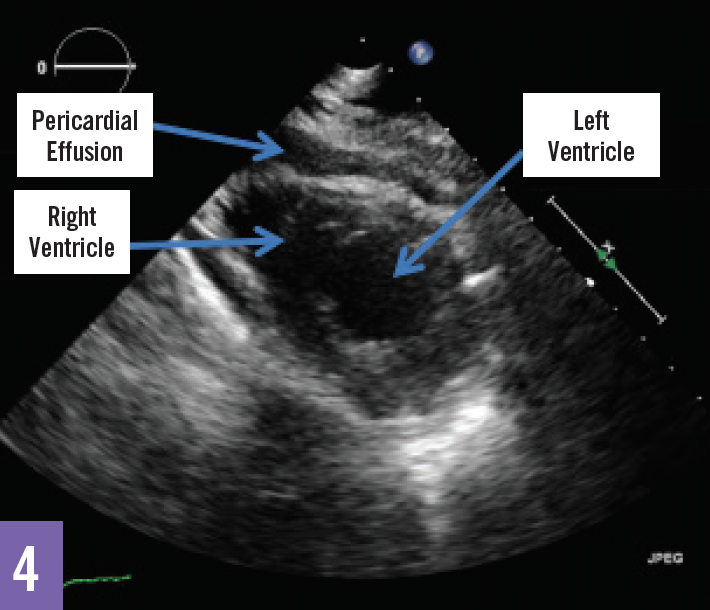 Treatment. A cardiothoracic surgeon was consulted for evaluation. Due to the hemodynamically stable condition of the patient, and the lack of signs of cardiac tamponade, the decision was made to treat the underlying condition and to monitor the effusion size.

Outcome of the case. Over the next few months, despite the continuation of chemotherapy, the patient’s condition was clinically confounded by decubitus ulcers, transient septicemia, and failure to thrive. Eventually, due to her deteriorating state, a recommendation was made for hospice care, for which she decided to take a home palliative option. No further imaging was able to be attained during this time.

Direct invasion of the pericardium or myocardium by primary or metastatic lesions occurs much less frequently.2 Even less frequently, an external mass from the sternum grows large enough to touch the pericardium. The most common primary tumor involving the pericardium is that of lung cancer; others include breast and esophageal cancer, melanoma, lymphoma, and leukemia.1 MM is rarely documented as a cause of pericardial effusion.

MM is characterized by the neoplastic proliferation of a single clone of plasma cells, producing a monoclonal immunoglobulin. The condition is further characterized by the possible presence of multiple osteolytic lesions, anemia, hypercalcemia, renal failure, and pathologic fractures. MM accounts for 1% of all tumors and approximately 10% of hematologic malignancies in the United States.3 MM is more prevalent in the African American population, and the average age of patients at diagnosis is 66 years.4-7 Extramedullary myeloma (EM) is a plasma cell neoplasm of soft tissue arising outside the marrow and occurs in approximately 13% of myeloma cases.8-10 Usually, plasma cell proliferation in MM is confined to the bone marrow secondary to the expression of CD56, a protein that acts as an adhesion molecule.11 In EM, plasma cells lack expression of CD56, which promotes the extramedullary proliferation of plasma cells.12

EM occurs more commonly in the upper and lower respiratory tracts.11,12 When it involves the heart, EM usually presents as an intracardiac mass, causing cardiac tamponade, congestive heart failure, or superior vena cava syndrome. Cardiac involvement is usually diagnosed after surgical resection or at autopsy.13,14 Extramedullary extension to the sternum with pericardial involvement has not been described previously.

The rarity of this condition makes treatment a challenge. Since our patient had systemic evidence of MM, she was started on chemotherapy as described above. Serial echocardiograms and repeated skeletal imaging in the outpatient setting are planned for this patient.