A 16-year-old girl presented to the pediatric emergency department complaining of sudden-onset chest pain that had started a few hours ago. She described the pain as nonradiating and all over on the left side of her chest and back. She said it felt like a squeeze and a stab. The pain gradually had become severe and was aggravated by inspiration, causing her to take shallow breaths. There was no relieving factor.

She had no history of recent trauma, fever, cough, runny nose, weight loss, night sweats, palpitation, shortness of breath, recent travel, or sick contacts. She had no family history of heart disease or sudden death, had no medical illness and was not on any medication, including substances of abuse. She had started exercising a week prior to the onset of the chest pain. She had a pulse of 105 beats/min and a blood pressure of 144/90 mm Hg. The rest of the physical examination findings were unremarkable, except for the presence of morbid obesity (BMI of 48.8 kg/m2). 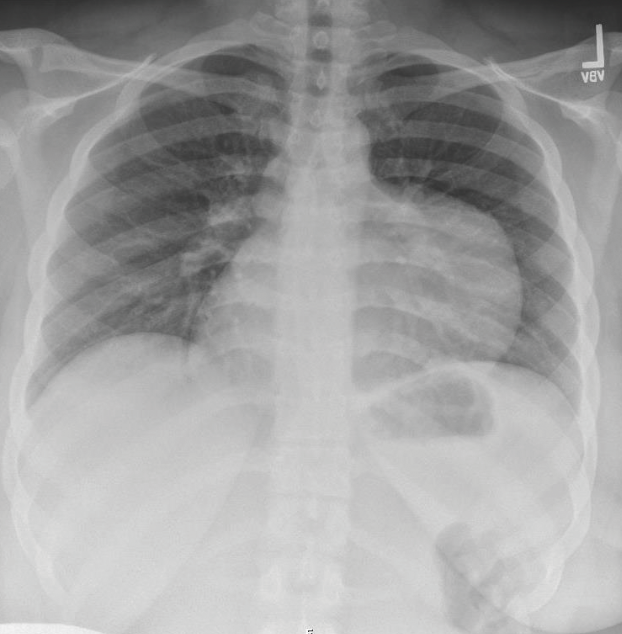 Results of a complete blood count, a basic metabolic panel, and electrocardiography were normal. Chest radiography (A) showed a soft tissue opacity abutting the left cardiac silhouette with an oblong appearance on the lateral view; this opacity was not visible on radiographs taken 6.5 years previously. Chest computed tomography (B and C) showed a large, hypodense mass in the left chest abutting the mediastinum. She underwent a successful elective excision of the pericardial cyst and since has been asymptomatic.

Pericardial cysts are the most common benign tumors of the pericardium, comprising 11% of all mediastinal cysts.1 Most cases are in adults; few pericardial cysts have been reported in children.2-4 The incidence is about 1 in 100,000. There is no sex predilection, and they are most common in the 20s and 30s. 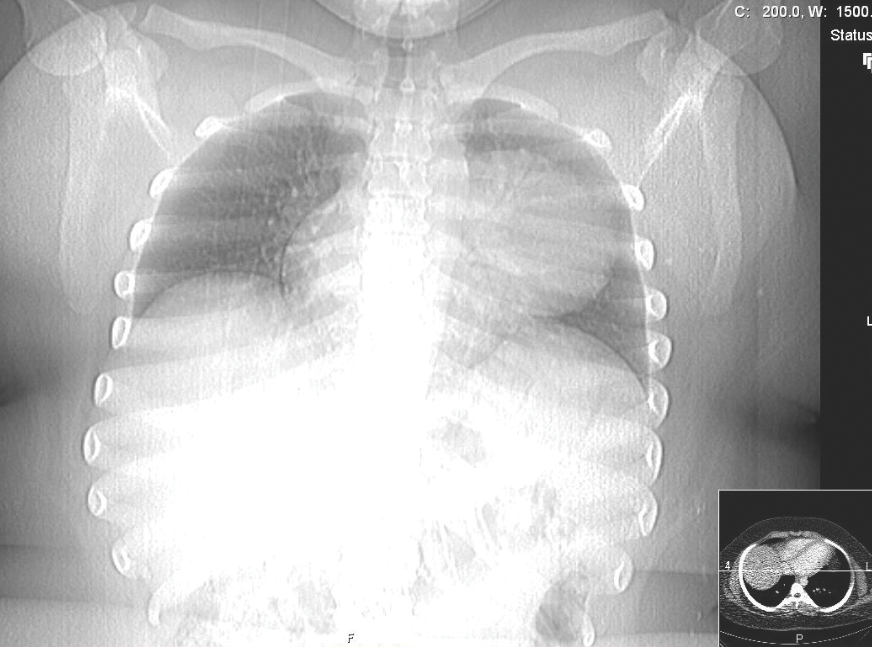 Pericardial cysts usually are asymptomatic and thus usually are an incidental finding on radiologic imaging.5 Occasionally, a patient presents with chest pain and dyspnea.

Asymptomatic pericardial cysts do not require treatment. When they become symptomatic, they can be treated by percutaneous aspiration and ethanol injection or by surgical resection. The indications for resection are symptoms, patient concern, uncertainty of malignant potential, and prevention of life-threatening emergencies such as cardiac tamponade, obstruction of the right main stem bronchus, and sudden death. Thoracoscopy is the approach of choice.6 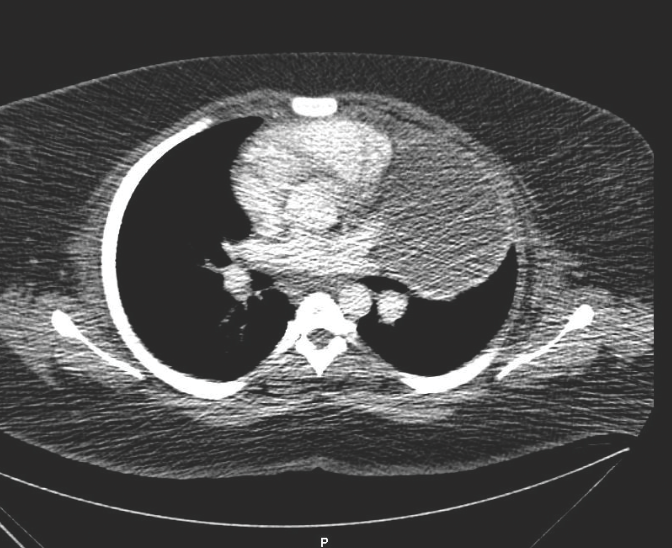