A 54-year-old man with a history of dysphagia and pacemaker placement for structural heart disease presented with left facial cellulitis and Streptococcus parasanguinis bacteremia. He required transesophageal echocardiography (TEE) for further assessment after a questionable vegetation had been seen on a 2-dimensional echocardiogram.

During TEE, the gastroenterology team was consulted after the cardiology team had difficulty advancing the endoscope beyond 30 cm on multiple attempts. Endoscopy was performed, the results of which revealed that the esophagus was surgically absent, and that the patient had a pharyngeal-colonic anastomosis (Figure 1). Dilated veins resembling esophageal varices, as well as colonic haustral, were seen in the neoesophagus (Figure 2). The distal esophagus was dilated with a 54F dilator without difficulty (Figure 3); however, dysphagia was more likely related to esophageal-colonic dysmotility. 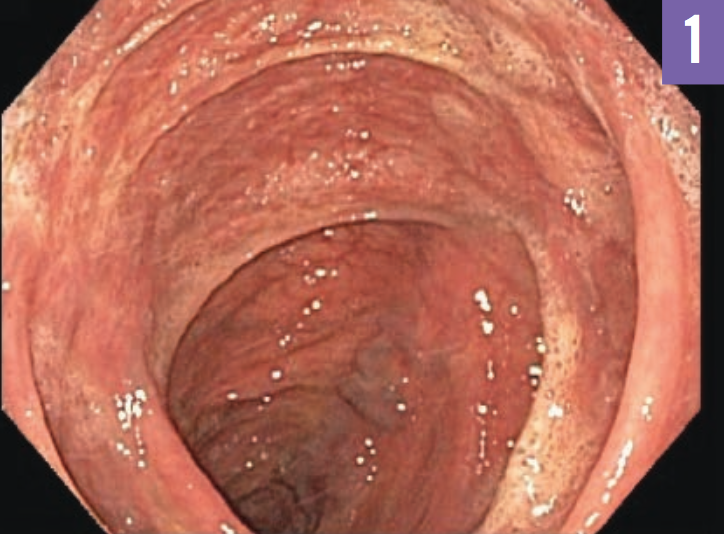 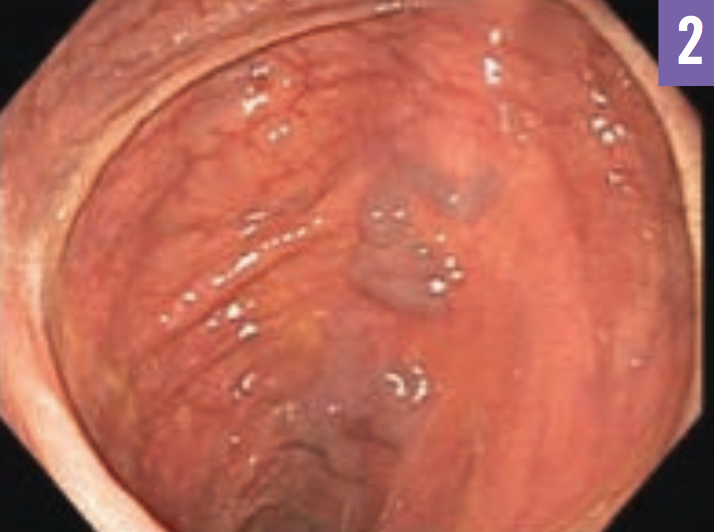 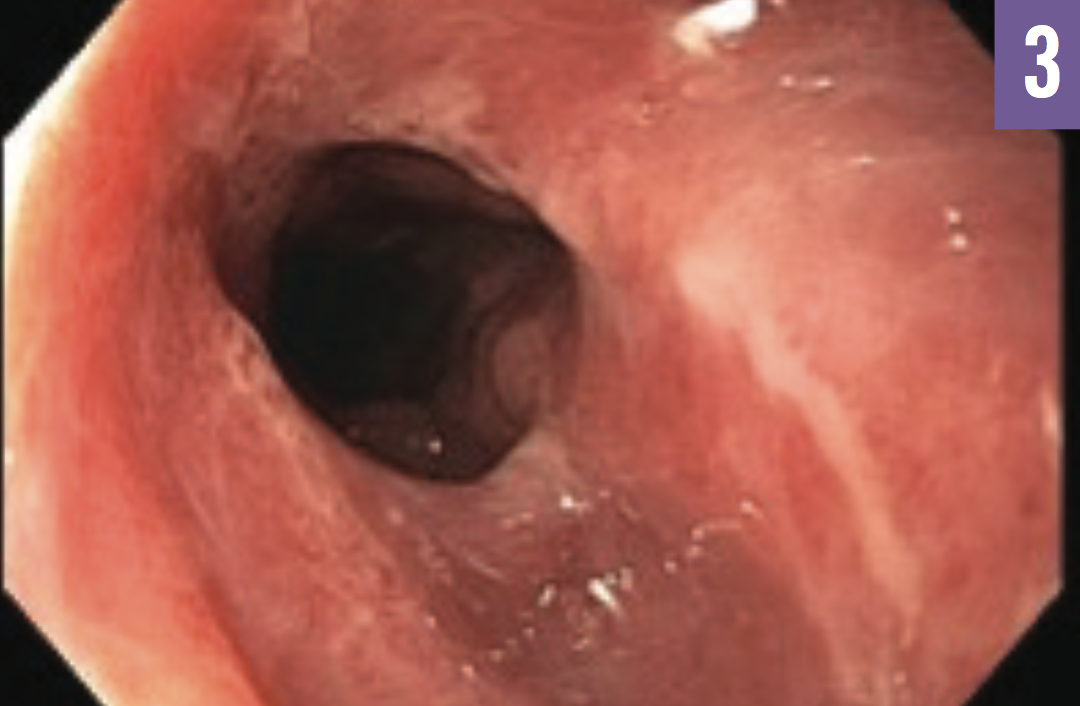 On further investigation, the patient reported having undergone total esophagectomy with colonic interposition as a child after having been poisoned with lye. This surgical procedure is now less common due to newer methods of repairing esophageal stenosis or damage, including primary reconstruction with or without gastric pull-up. Colonic interposition is no longer the preferred method of esophageal reconstruction.

Colonic interposition can cause dysphagia due to a lack of esophageal peristalsis; furthermore, the haustral bulges can make procedures such as TEE more difficult to perform. Awareness of this now uncommon procedure and identifying it during a thorough surgical history is critical, as demonstrated in this patient’s case.