A 65-year-old man presented with what he described as excruciating sharp pain in his left knee, which had been present for a few days.

History and physical examination. On physical examination, several hard bumps were noted around his knee (Figure 1). His past medical history was significant for surgical removal of several bone outgrowths. He denied any new bone lesions and any increase in the size of the existing lesions. His father and his brothers were similarly affected, and all had undergone excision of bone overgrowth lesions in the past. None of his sisters had developed a visible bump, however. 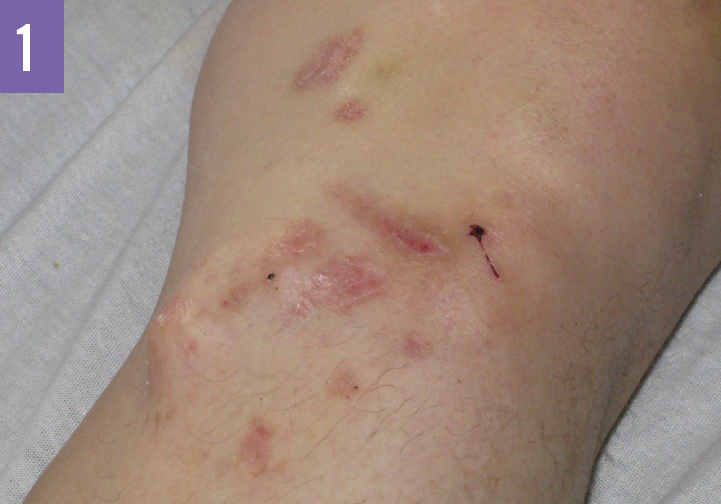 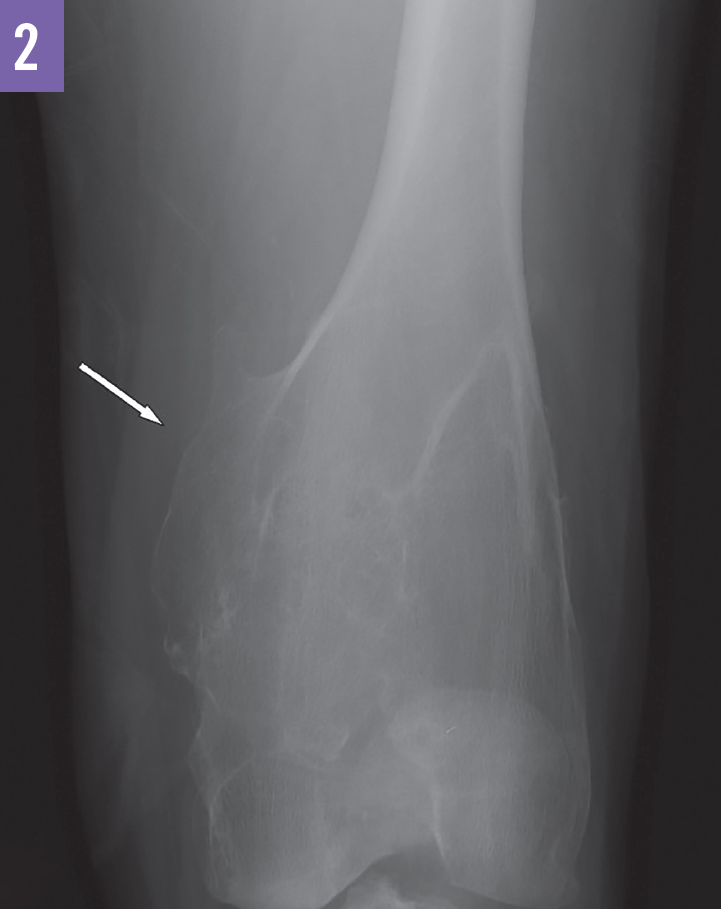 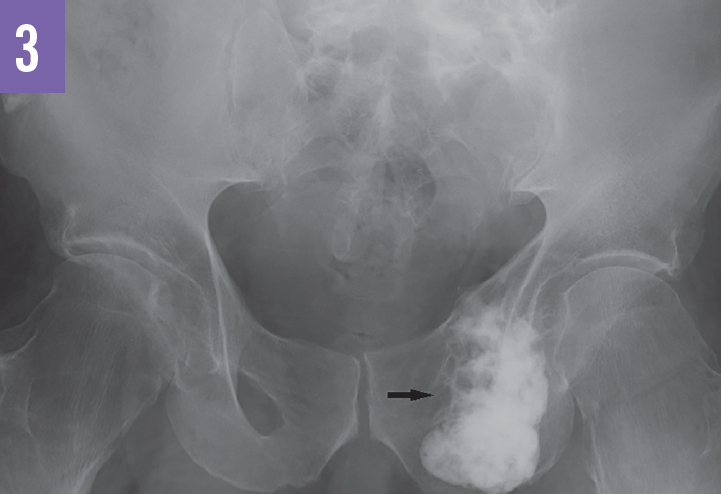 Discussion. The patient received a diagnosis of multiple osteochondromas (MO), a rare disease that also is called hereditary multiple exostoses. The characteristic lesion, osteochondroma (osteocartilaginous exostosis), is a cartilage-covered, bony protrusion that arises on the external surface of bones, usually long bones, and predominantly around knees.1 The lesion has a marrow cavity that is continuous with the marrow cavity of the underlying bone.

The prevalence of MO is estimated at 1 in 50,000, and it appears to affect the male population more than the female population, with a ratio of 1.5 to 1.1 Most persons with MO have a strong family history of the condition.

The lesions develop in the first decade of life and increase in size thereafter until puberty. Many affected persons are asymptomatic, but some develop deformities in the long bones, particularly the forearm (for example, shortening of the ulna, causing the radius to bow), as well as a discrepancy in limb length, varus or valgus angulation of the knee, and other problems. Other complications can include arthritis and impingement on nearby nerves, tendons, or vessels.

Most patients with MO will have pain that can be generalized. Transformation of an osteochondroma to a malignancy (typically secondary chondrosarcoma) occurs in as many as 5% of patients.1 The growth of tumors after puberty is suspicious for malignancy. Genetically, 90% of patients have mutations in the exostosin glycosyltransferase tumor-suppressor genes EXT1 or EXT2.1,2

Treatment involves removal of the tumor only if it causes pain or compresses a nerve or vessel, or if there is suspicion for a change to malignancy. Patients require baseline radiographs of the involved areas and regular follow-up care. It is important to know that no new lesions or further tumor growth should occur after puberty. If a lesion does change, a proper workup with magnetic resonance imaging and possible excision of the involved tumor is highly warranted.1

Outcome of the case. Because this patient had no evidence of new lesions or an increase in the size of his existing lesions, he was treated conservatively with pain medications and was referred to an orthopedist.