A 37-year-old woman presented for evaluation of a rash, which was unrelated to her secondary complaint of a bilateral wrist abnormality that had been present for the past 30 years. The patient stated that her wrists had been “twisted and deformed” since she was a child; however, she had only recently begun to experience bilateral wrist pain. She stated that her sister has similar deformities, but neither of them has received a diagnosis. 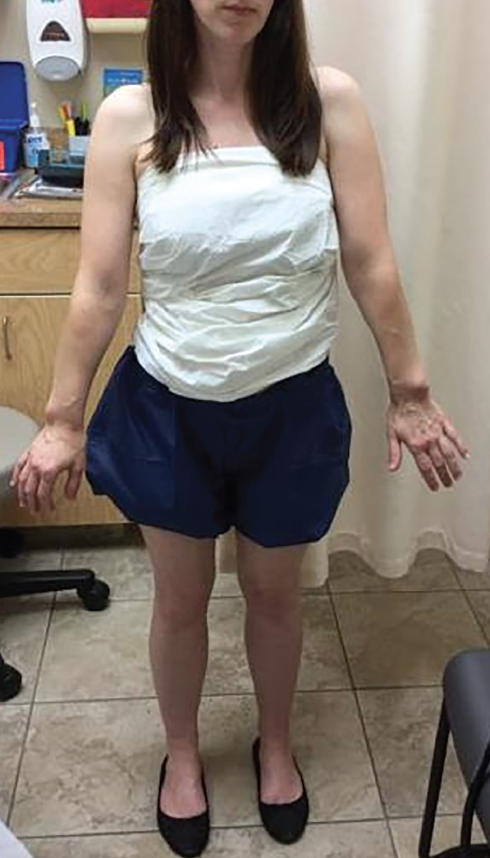 The history and physical examination findings were consistent with the abnormal forearm growth pattern known as Madelung deformity.

Madelung deformity is a rare disorder characterized by shortening of the forearm as a result of improper growth arrest of the medial portion of the distal radial epiphysis. This results in anterior and medial displacement of the radial head with radial bowing. The ulnar head shifts posteriorly with subluxation of the carpus, resulting in a step-off deformity.1 Madelung deformity has multiple causes and has been reported in several hundred cases; however, there have been no published reports on the exact prevalence of the condition.2

Diagnosis is made based on clinical presentation and radiographic findings.1 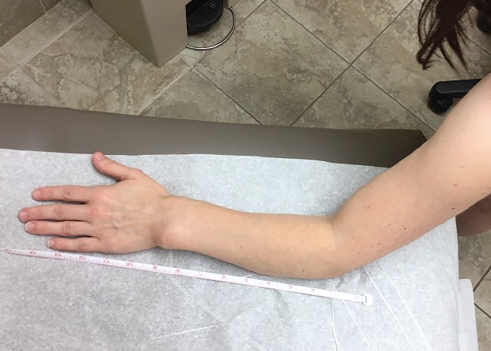 Clinical symptoms include functional impairment of wrist extension and decreased supination of the radioulnar joint. Pain is often present and rarely correlates with the severity of radiographic findings.3 Madelung deformity usually presents bilaterally in adolescent girls.4 The etiology of the condition is unclear, but recent studies indicate that Madelung deformity may not be an isolated disorder but rather a clinical manifestation of other genetic disorders such as Léri-Weill dyschondrosteosis (LWD) and Turner syndrome.3 Therefore, in patients presenting with these symptoms, further genetic testing for abnormalities, especially mutations of the short stature homeobox gene (SHOX) associated with LWD and the 45,X karyotype of Turner syndrome, may provide insight to an association between these diseases.2,3

In addition to a congenital source, Madelung deformity may also be acquired due to trauma, infection, tumor, and/or endocrine disruption causing destruction of the medial portion of the distal radial epiphysis. One group of authors, for example, described a case of Madelung deformity secondary to chronic juvenile idiopathic arthritis.5 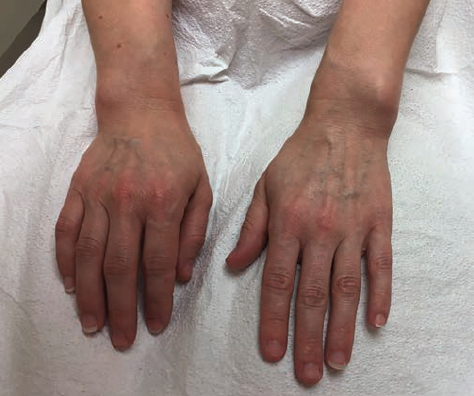 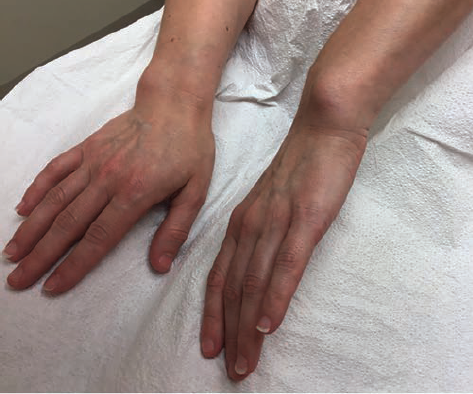 Treatment for Madelung deformity is directed toward pain management, correction of any functional impairment, and cosmetic improvement. Treatment can be either supportive (eg, pain medication, orthotic splints) or definitive with surgery. Surgical correction is individualized based on the patient’s age and anatomic presentation and is achieved with radial head osteotomies, physiolysis, and ligamentous release.6

In this familial case of Madelung deformity, treatment with a nonsteroidal anti-inflammatory drug was appropriate.