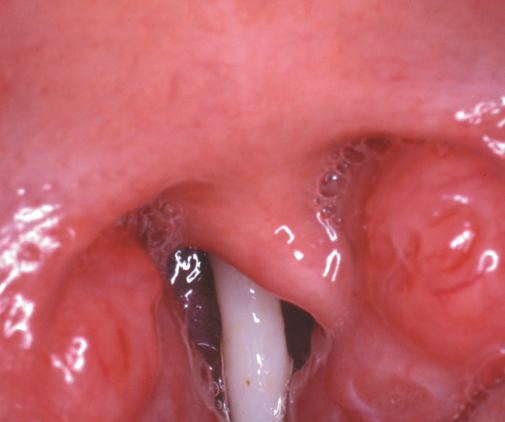 This picture shows an unusual linear white object positioned vertically at the center of the posterior pharynx of a 5-year-old girl’s throat. The child had eaten spaghetti the night before and somehow managed to get a piece of it stuck as shown. She was entirely uncooperative during attempts to remove the strand.