The patient did not smoke, drink alcohol, or use any immunosuppressive medications or illicit drugs. She recently had begun experiencing hot flashes, for which she had started taking black cohosh. She had no history of allergy or childhood asthma.

She had no family history of autoimmune diseases. She had a brother who had died from a brain lesion with underlying AIDS. She reported having visited Turkey and Sicily 4 months prior to the onset of fever. Findings of other systemic reviews were unrevealing.

At presentation, she was found to have a temperature of 38.4°C. Physical examination was unrevealing except for mild discomfort at the right upper quadrant of the abdomen, without the Murphy sign or costovertebral angle tenderness.

Chest radiographs showed no evidence of pulmonary disease. Ultrasonography of the liver was performed, the results of which revealed a 7.6-cm heterogeneous mass in the dome of the liver, as well as cholelithiasis without evidence of cholecystitis. A subsequent computed tomography (CT) scan of the abdomen and pelvis (Figure 1) showed a multiloculated cystic lesion in the right lobe of the liver measuring 8 × 9 × 8 cm, with septations and mild hepatomegaly. CT findings also were reported as suspicious for the presence of hepatic vein thrombosis. 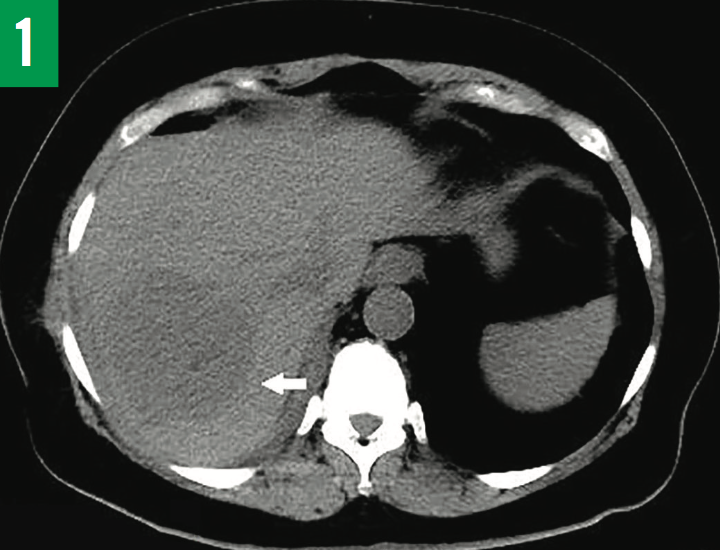 Figure 1: A CT scan of the abdomen and pelvis demonstrating a hepatic abscess (arrow).

The patient was initially managed empirically with intravenous ceftriaxone and metronidazole and intravenous anticoagulation, since all clinical parameters were highly in suggestive of pyogenic liver abscess. Clinical and laboratory improvement was achieved with intravenous antibiotics and aspiration, as evidenced by the decreasing size of the abscess on repeated sonography and CT imaging. The patient was discharged home on a continuing regimen of antibiotics for a total of 4 weeks.

Six weeks after discharge, fluid AFB cultures grew Mycobacterium tuberculosis. The standard 4-drug regimen of isoniazid, pyrazinamide, ethambutol, and rifampin was initiated for 2 months, and then continued with isoniazid and rifampin for 6 to 8 months after triple-phase hepatobiliary CT scans showed the abscess to be significantly reduced in size (Figure 3). Neither glucocorticoids nor rituximab were administered due to coexisting TB. The patient remained asymptomatic at 6 months and again at 12 months after having completed the anti-TB medication regimen. 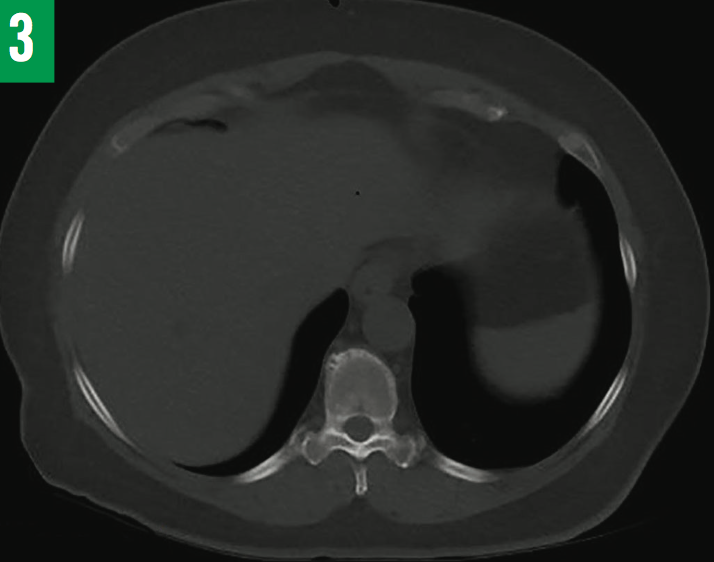 IgG4-RD is a relatively newly recognized systemic autoimmune spectrum disorder involving single or multiple organs and often mimicking malignancy. It is more common in middle-aged men (compared with classic autoimmune diseases, which have a female predilection) with an estimated male-to-female ratio of 3 to 1. The mean age of patients at diagnosis is 60 years. No familial or genetic susceptibility has been correlated.

The exact etiology of IgG4-RD is still elusive, but the condition is thought to result from genetic molecular mimicry following bacterial infection and/or autoimmunity.1-5 Overexpression of interleukins 4, 5, 10, and 13 and transforming growth factor β and infiltration of inflammatory cells progress to fibrosis and deposition of immune complexes, resulting in organ inflammation and dysfunction.6-11

Although the majority of reported cases have originated in Asia—particularly Japan, Korea, and China—there is no geographic difference or racial or ethnic preponderance. Autoimmune pancreatitis was the first identified IgG4-RD in 2001,12 and the pancreas is the most commonly affected organ, with an estimated 2.3 cases per 100,000 population. IgG4-related manifestations in the salivary glands and the lungs were described in 200413; to date, nearly 40 organs have been reported to be involved in IgG4-RD. Three cardinal histopathologic features—proliferative lymphoplasmacytic infiltration with IgG4-positive plasma cells, storiform fibrosis, and obliterative phlebitis—are similar across involved organs.1,14-16 Histopathology testing is the diagnostic gold standard recommended by the international pathology community; assessment of serum IgG4 concentration is useful for screening but not sufficient for diagnosis.15-18

The optimal treatment of IgG4-RD has not yet been established, but corticosteroids have been used anecdotally; rituximab alone or in combination with a corticosteroid has been shown to have better outcomes.6,7,16,17 Corticosteroid-sparing agents such as azathioprine, mycophenolate mofetil, methotrexate, cyclophosphamide, fludarabine, and bortezomib have been described as alternatives.1-3,17 In very few asymptomatic patients, self-limitation of IgG4-RD has been observed without treatment.

Correlation between TB and IgG4-RD is extremely rare, and only 3 confirmed cases have been reported in the literature. One case report documented a diagnosis of IgG4-related sclerosing sialadenitis and dacryoadenitis after treatment for cervical lymph node TB.19 In another case report, a patient developed IgG4-RD after treatment for urinary tract TB.20 The third report was a case of IgG4-related pulmonary and salivary disease coexisting with pulmonary TB.21 An additional case of IgG4-related lung disease mimicking TB recently was reported.22 However, IgG4-related hepatic abscess in association with primary hepatic TB has not been reported previously.

The growth of M tuberculosis in AFB cultures from liver aspirate resulted in a dilemma. An absence of granulomatous histology findings ruled out other inflammatory diseases such as TB and sarcoidosis mimicking IgG4-RD. However, negative findings on chest radiographs, negative interferon-γ release assay results, and 3 consecutive negative sputum AFB culture results ruled out secondary hepatic TB and supported the final diagnosis of IgG4-related liver disease coexisting with primary hepatic TB. Complete resolution of clinical symptoms was observed after antibiotics followed by standard anti-TB medications. We did not start corticosteroids or other immunosuppressive agents because of the patient’s underlying TB.

If primary hepatic TB itself is a rarity, coexisting IgG4-RD with primary hepatic TB is rarer still and to our knowledge has not been previously reported. After careful review of our case and all available case reports in the literature, we believe that there are links between IgG4-RD and M tuberculosis infection. One study reported a possible association of IL-32 with chronic inflammation such as TB, and that IL-32 can be used as a predictive factor for drug-free remission in IgG4-RD.23 However, more research is required to prove the correlation between M tuberculosis infection and IgG4-RD and to establish the management options.

A high IgG4 level has been reported in hyporesponsive and asymptomatic cases of human lymphatic filariasis and onchocerciasis, along with a high level of the complement-fixing antibodies IgG1, IgG2, and IgG3, but in patients with asymptomatic cases, a high level of IgG4 and IL-10 are linked to high worm loads.24 An elevated plasma IgG4 level has also been reported in 2 patients with pulmonary Paragonimus westermani infection, a parasitic pleuropulmonary infection endemic to Asia and caused by eating raw crustaceans or wild boar meat, and the serum IgG4 level can be potentially useful as a marker of P westermani infection.25