A 42-year-old man with no prior cardiac history presented to the emergency department after experiencing a syncopal episode a few hours after a 20-minute run.

At presentation, he had a heart rate of 189 beats/min and blood pressure of 100/59 mm Hg. Electrocardiography results revealed a wide-complex tachycardia, with a QRS duration of 124 milliseconds, a right bundle-branch block pattern, and left axis deviation (Figure 1). 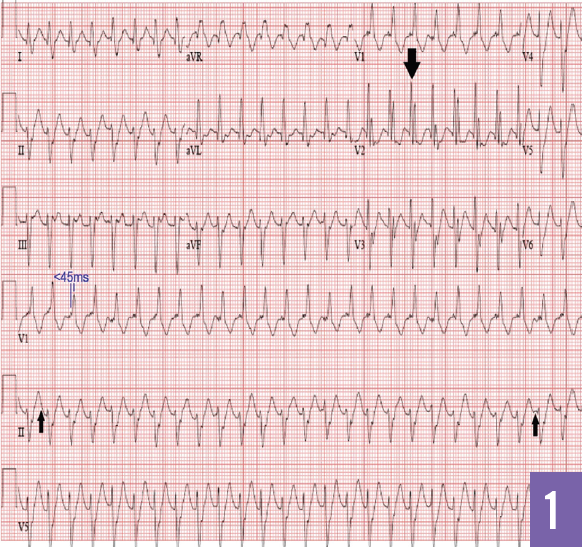 Three consecutive doses of adenosine had no effect. Amiodarone, 300 mg intravenously, was given with successful conversion to normal rhythm (Figure 2). Results of a resting echocardiogram were normal, with no inducible ventricular tachycardia on the stress portion. 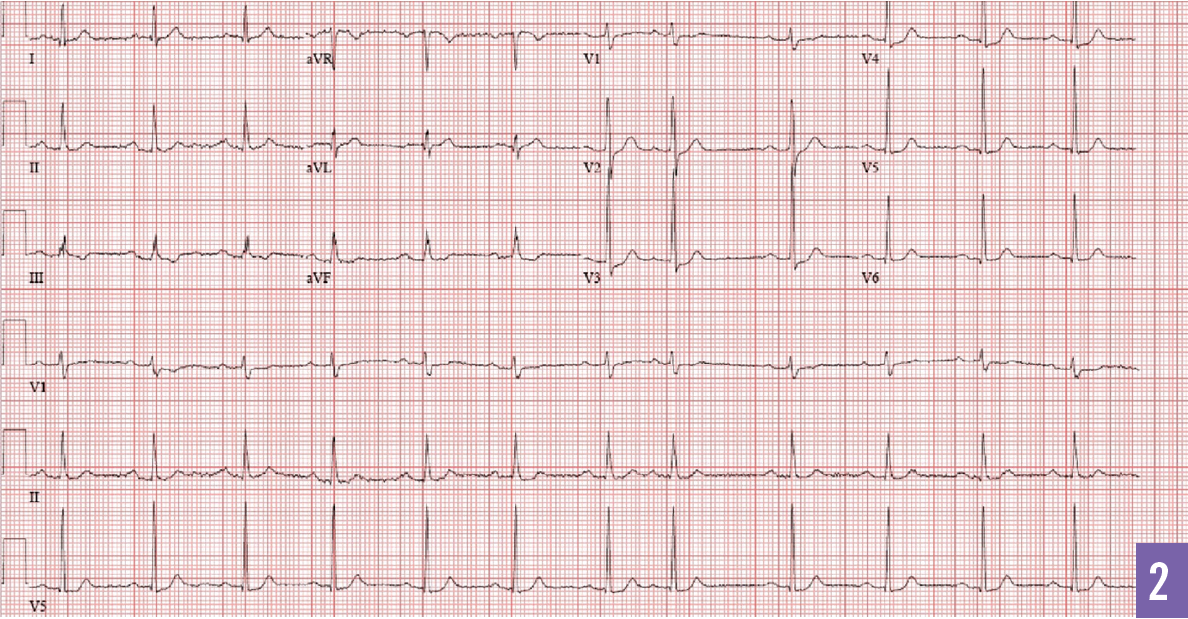 Verapamil, the standard treatment for this tachycardia, was initiated in our patient but was not tolerated due to a hypotensive response. He was referred to an electrophysiologist for consideration of possible cardiac ablation in the future.