Physicians underreported the presence of pain in children with cerebral palsy: While 50% or more of the children had self- or caregiver-reported pain, physicians identified pain in less than 40% of them. 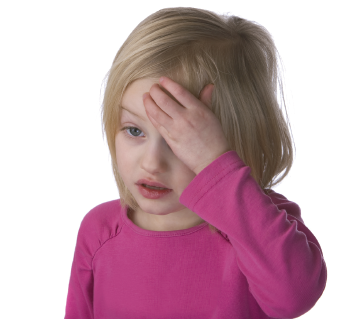 Assessing and treating pain is gaining increased recognition as an important area of pediatric care, particularly as it relates to children’s quality of life. Little is known about pain as it relates to children with special health care needs, particularly children with cerebral palsy (CP). Health care providers need to not only routinely question their patients about pain, but also accurately identify its source.

In their recently published study, Penner and colleagues1 aimed to determine the impact of pain on the activities of an outpatient population of children with CP, as well as to recognize the physician-identified causes of their pain. The authors’ secondary aims were to assess the similarity between physicians’ and caregivers’ reports of pain and to examine the relationship between pain and age and between pain and gross motor capabilities.

In the study, the families of 252 children and adolescents aged 3 to 19 years who had a diagnosis of CP and whose clinical courses had been followed at outpatient clinics at Holland Bloorview Kids Rehabilitation Hospital in Toronto responded to a survey. The children and their primary caregivers completed a one-time questionnaire about the presence of pain and details about its characteristics. After assessing a child, the treating physician was asked about the presence or absence of pain and was asked to provide a clinical diagnosis for the pain, if present. The participants’ health records were reviewed, their gross motor capabilities were assessed and classified using a standardized system, and their age was recorded.

The primary measure of the children’s pain was the Health Utilities Index Mark 3 (HUI3) pain subset. The HUI3 has 5 levels that describe the severity of pain as it relates to limitations of normal activities of daily living. Scores range from 1 to 5, with 1 being “no pain” and 5 being “severe pain that prevents most activities.” Each child’s caregivers reported the HUI3 score, answered a yes-or-no question about the presence or absence of pain in the previous 2 weeks, demonstrated the pain location on a body diagram, and reported any pain medications the child had taken in the previous 2 weeks.

Nearly 50% of the surveyed children were able to self-report their pain level using the Wong-Baker Faces Pain Rating Scale, 47% of whom acknowledged the presence of some pain. There was good correlation between the children’s self-reported pain assessments and those of their caregivers, the latter of whom used the HUI3 pain subset.

Physicians, however, underreported the presence of pain, finding that only 38.7% of the children had experienced pain. In children with CP who were ambulatory, physicians most frequently identified muscle spasms, muscle weakness/overuse/fatigue, and abnormal gait as the primary cause of pain. In nonambulatory participants, pain most often was attributed to hip dislocation/subluxation, dystonia, and constipation.

The study’s limitations included the researchers’ inability to analyze how the experience and impact of pain changes with time. Moreover, participants were drawn from an outpatient clinic, as opposed to being a community sample, which may have led to a higher incidence of reported pain. Because the physicians in this study were aware of their participation in it, their rates of identification of pain in children with CP might differ from those of physicians in routine practice.

In addition, while the authors identify self-reporting as the “gold standard for pain measurement,” they felt the need to include nonverbal children and children with intellectual disabilities, thus necessitating caregivers to report their child’s pain using the HUI3 pain subset.

While hip dislocation, hip subluxation, dystonia, and gait abnormalities usually require specialist management, constipation and muscle spasms are issues that can be addressed by any practitioner, and proper treatment of these sources of pain may significantly improve a child’s quality of life.