A 62-year-old man with a history of hypertension, hyperlipidemia, and obesity presented to our clinic for a regular follow-up appointment. He had no health concerns and was able to perform all of his activities of daily living. He worked at a retail store and was married with 3 children. He denied the use of any tobacco or alcohol products.

Physical examination. On presentation, he was afebrile with normal vital signs. He was alert and oriented to name, time, and place and was able to fully communicate in complete sentences. His heart sounds were normal, with no rubs, gallops, or murmurs. His lungs were clear to auscultation bilaterally. He had a slightly obese abdomen, without any pain or guarding on palpation. No edema was appreciated on his lower extremities. He had no neurologic deficits and had a normal gait. 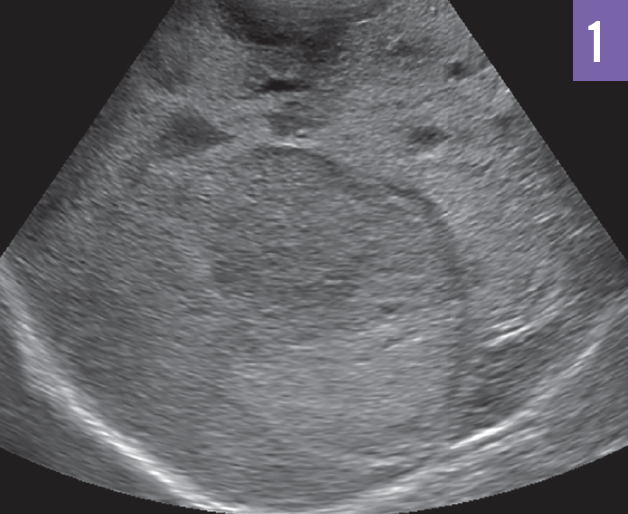 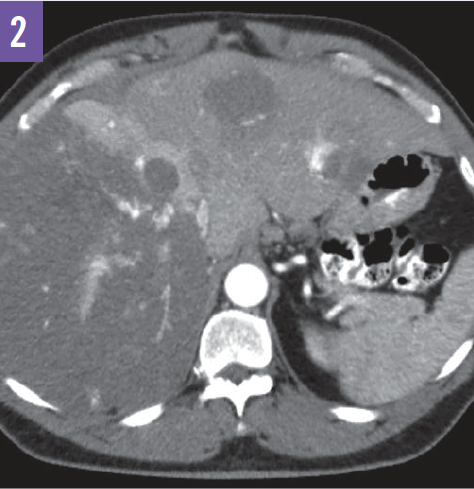 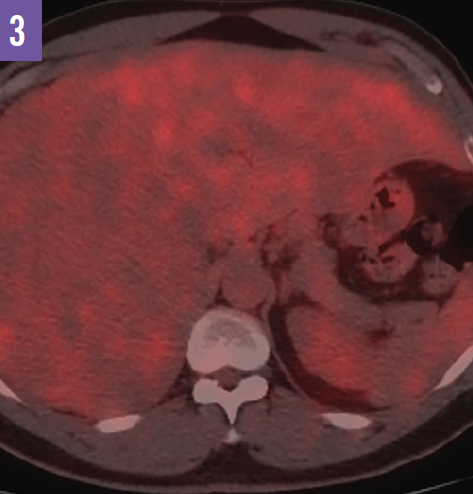 Discussion. Hepatic hemangiomas (HH) are benign liver tumors that are often incidentally found during routine physical examinations. They comprise clusters of blood-filled cavities supplied by the hepatic artery.1 They occur in approximately 3% to 20% of the general population.2 Their etiology remains unknown, but a genetic disposition has been suggested.1

HH are often asymptomatic and are discovered incidentally via imaging studies for unrelated conditions.1 Hemangiomas vary in size from a few millimeters to greater than 20 cm in some cases. Giant hemangiomas are those greater than 10 cm in diameter, and they often can result in complications and symptoms that require surgery or other forms of treatment.1

Ultrasonography is the first diagnostic test of choice, but it has limitations, including that results are operator-dependent and that visibility can be limited by patient habitus. Contrast-enhanced ultrasonography, computed tomography, magnetic resonance imaging, and technetium Tc 99m red blood cell scintigraphy have also been used.1,2

Although most patients are asymptomatic, some can present with nonspecific symptoms including pain in the upper right hemi-abdomen, decreased appetite, nausea, vomiting, and a premature feeling of satiety.1 Complications can include inflammation; compression of bile ducts, which may lead to jaundice; intratumoral or intraperitoneal bleeding; thrombosis; and Kasabach-Merritt syndrome (thrombocytopenia and intravascular coagulation), among others.1

For asymptomatic HH, especially nonprogressing tumors, observation through routine follow-up and imaging is often sufficient. Indications for intervention include rapid enlargement, progressing abdominal symptoms, Kasabach-Merritt syndrome, and rupture.2 Considering the size of the hemangioma as an indication for intervention is controversial. Some have advocated for prophylactic removal of large asymptomatic hemangiomas, while others have found that size alone is a poor predictor of future behavior of such tumors.2,3

There is no pharmacologic method for size reduction of HH.1 Anti-angiogenic therapy with bevacizumab has been considered, but data about effectiveness are inconclusive.1

Surgical treatments include enucleation, resection, and liver transplantation, with the most common being enucleation and resection.2 The choice depends on factors such as the relative size and location of the HH.1 Transcatheter arterial embolization can be used to decrease tumor size prior to surgery, especially for giant HH.3 In addition, the minimally invasive technique of transcatheter arterial chemoembolization has been used effectively for giant HH, leading to a significant reduction in tumor size.4 Nevertheless, neither of these embolization techniques can be used unless the arterial blood supply of the hemangioma is clearly known.1 Another less-invasive treatment method is radiofrequency ablation. However, this is not recommended for giant HH due to the high risk of complications.5

Outcome of the case. After a lengthy, informed discussion with our surgical colleagues and the patient, he elected to have his HH monitored via serial ultrasonography scans every 6 months. He continues to remain asymptomatic to date.