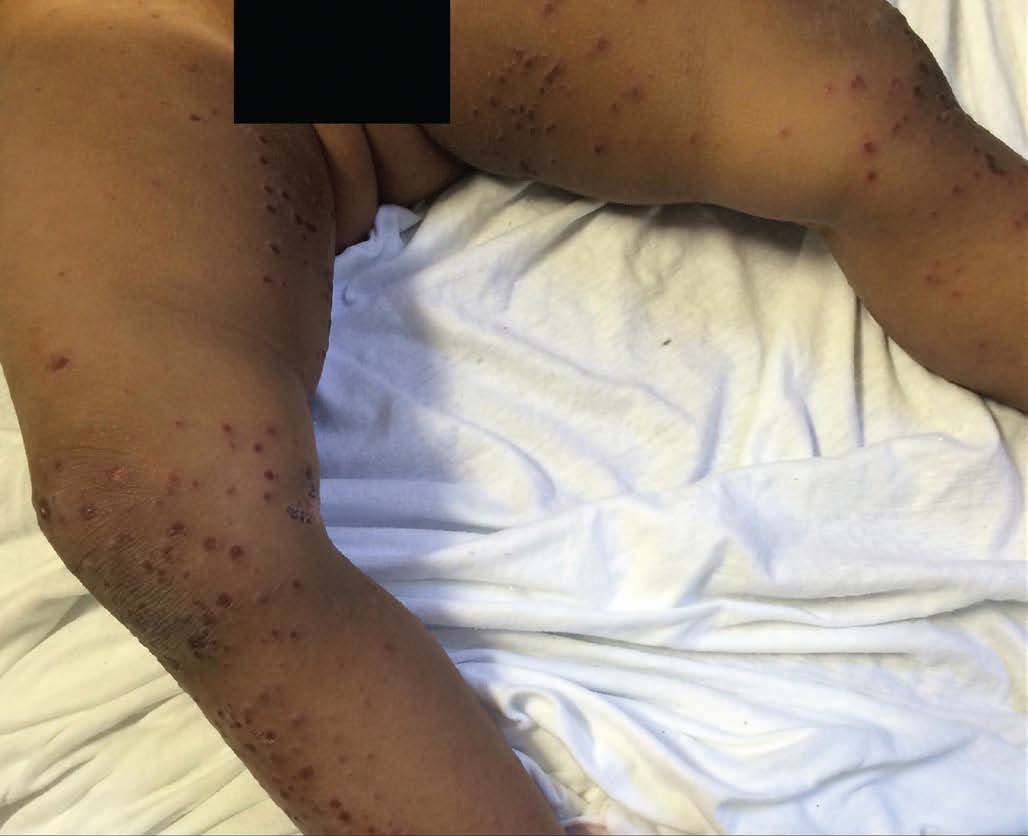 A 2-year-old boy with a history of eczema, asthma, and food allergies presented to the emergency department with a 2-day history of fever up to 38.9°C and a pruritic rash. The fever responded to antipyretics.

The rash was described as red spots on his palms and soles. He received a diagnosis of hand-foot-mouth disease and then was discharged home with instructions to take oral diphenhydramine for the pruritus.

Over the 24 hours following discharge, the rash began to spread up the legs to the buttocks and up the arms to the shoulders, sparing the face, neck, and trunk. The rash worsened in severity, and the number of lesions increased. Diphenhydramine did not relieve the pruritus, and his low-grade fever persisted.

He had no sores in the mouth, no symptoms of upper respiratory infection, and no recent history of sick contacts. He was up-to-date on immunizations and had received the last set of vaccines at 18 months of age.

On the fifth day of illness, he was admitted to the hospital due to the worsening rash, poor oral intake, and decreased urine output.

On physical examination at admission, the boy was afebrile and well appearing. He had excoriated violaceous papules and crusted papulovesicles on his upper and lower extremities, buttocks, and left ear, but his trunk was spared.

Laboratory test results were unremarkable. A swab sample of unroofed skin lesion, however, was positive for enterovirus on polymerase chain reaction testing.

The diagnosis of GCS as a response to enteroviral infection was made.

The patient was discharged home to take oral hydroxyzine as needed for pruritus, and the family was given anticipatory guidance about the likely course of the rash, which could take weeks to months to resolve completely. 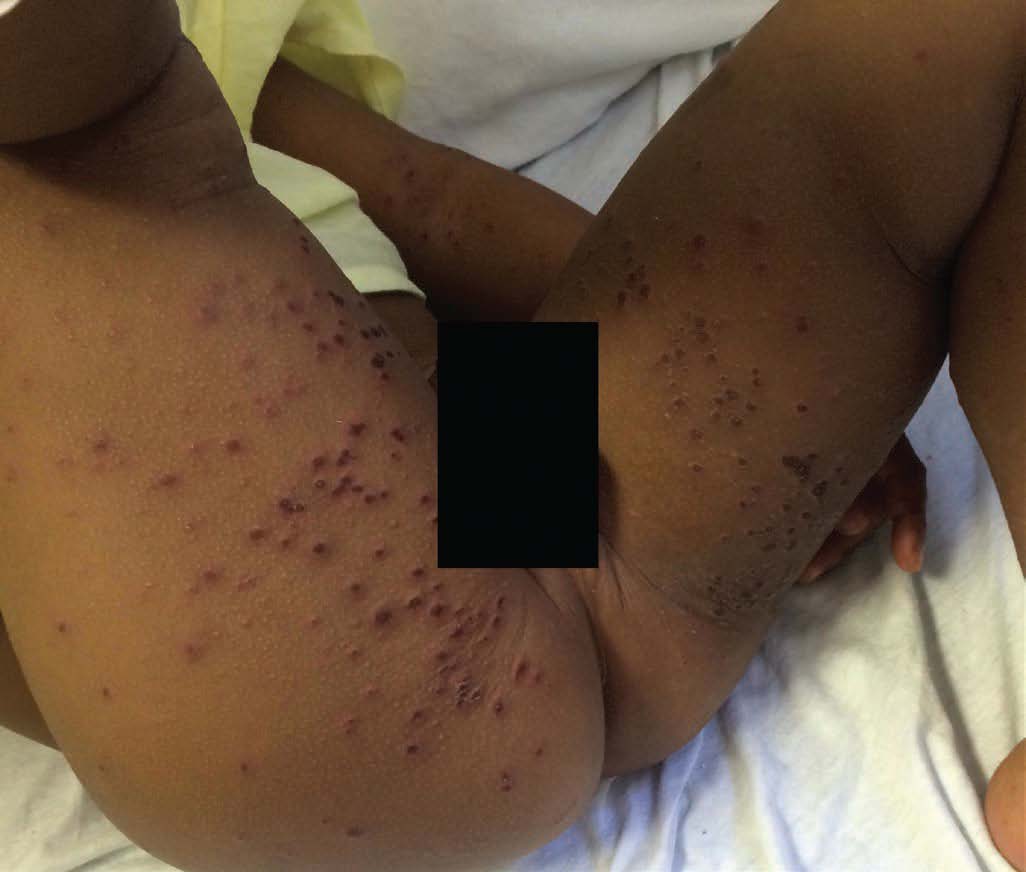 Gianotti first described GCS in 1955,1 and he later published additional reports with Crosti.2,3 They labeled the rash an “infantile eruptive dermatosis probably of viral origin.”2 Since then, several viruses have been associated with GCS, most commonly hepatitis B virus and Epstein-Barr virus.4 Other viruses that have been associated with the syndrome include enteroviruses, especially coxsackievirus A16, cytomegalovirus, and parvovirus B19. A number of cases of GCS following vaccination also have been reported.5

The precise pathogenesis of GCS rash is unclear, but various mechanisms have been proposed, including type IV hypersensitivity or T cell activation in response to a viral infection or vaccination.6

The diagnosis of GCS is clinical. Skin biopsy pathology findings are nonspecific and include focal spongiosis, parakeratosis, mild acanthosis, and psoriasiform hyperplasia in the epidermis.7

Management of the rash is supportive and includes oral antihistamines to alleviate pruritus. Topical corticosteroid treatment has not been shown to be effective.8