Widespread vaccination has led many parents to underappreciate the severity of vaccine-preventable diseases. Many new parents have never seen anyone with such infections as diphtheria, mumps, or measles--or their potential clinical consequences. Some parents wonder why their child needs to be vaccinated against seemingly nonexistent diseases and worry about vaccine safety. The images on the following pages and on page S18 serve as a small dose of reality for those who may have been lulled into a false sense of security.

Ideally, all eligible infants and toddlers should receive all recommended immunizations at scheduled well visits so that when the time for entry into elementary school arrives only 4 vaccines will be needed. At the pre-kindergarten visit, the otherwise healthy child who has received all recommended vaccines in the first 2 years of life will need:

The last 2 vaccines can be given as the combination vaccine MMRV (ProQuad). * 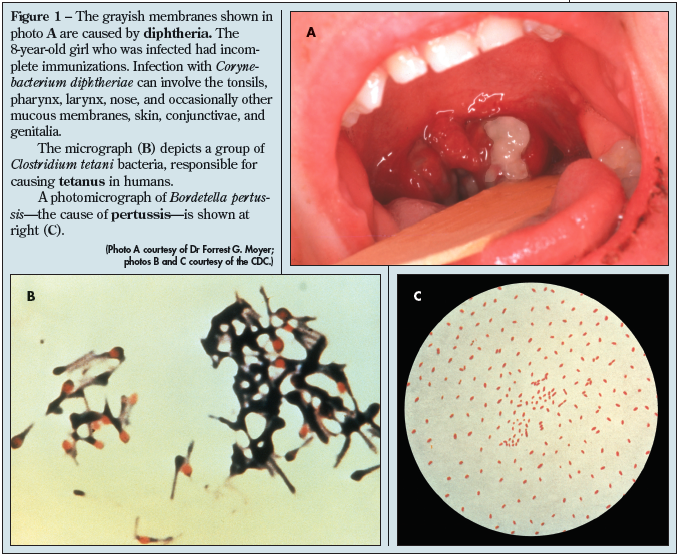 Figure 1 - The grayish membranes shown in photo A are caused by diphtheria. The 8-year-old girl who was infected had incomplete immunizations. Infection with Corynebacterium diphtheriae can involve the tonsils, pharynx, larynx, nose, and occasionally other mucous membranes, skin, conjunctivae, and genitalia.

The micrograph (B) depicts a group of Clostridium tetani bacteria, responsible for causing tetanus in humans.

A photomicrograph of Bordetella pertussis--the cause of pertussis--is shown at right (C).

Figure 2 - The deformity in this child's right leg is the result of poliovirus infection (A). After initial oropharyngeal inoculation, the virus multiplies and enters the bloodstream and CNS where it infects motor neurons of the anterior horn of the spinal cord (B) and within the brain.

(Courtesy of the CDC.) 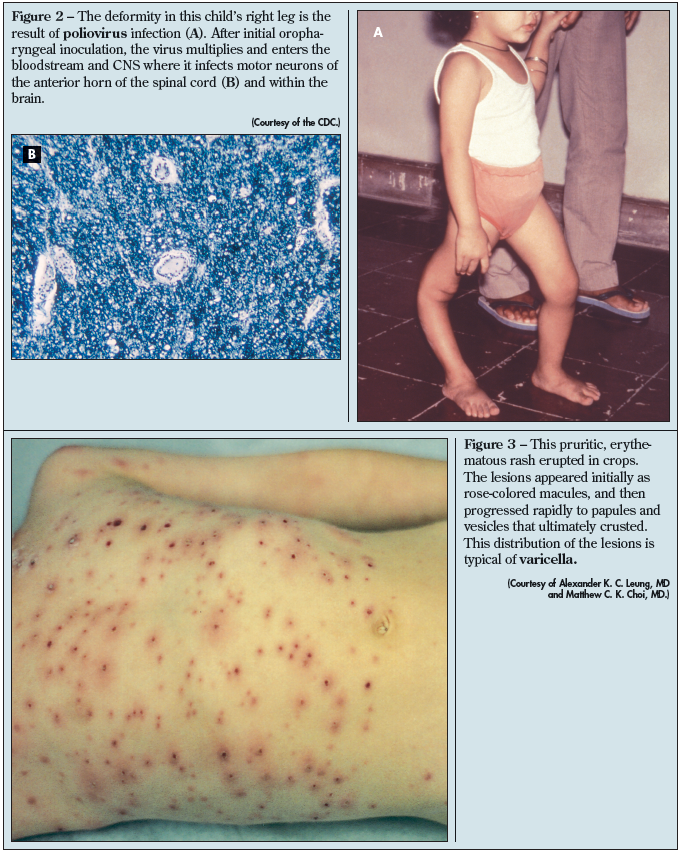 Figure 3 - This pruritic, erythematous rash erupted in crops. The lesions appeared initially as rose-colored macules, and then progressed rapidly to papules and vesicles that ultimately crusted. This distribution of the lesions is typical of varicella.

Figure 4 - The youngster at top left presented with Koplik spots on the palate from pre-eruptive measles on the third day of illness (A).

In the child at left, submaxillary swelling is the result of mumps (B).

The child shown at right has rubella; the distribution is similar to that of measles, but the lesions are less intensely red (C). 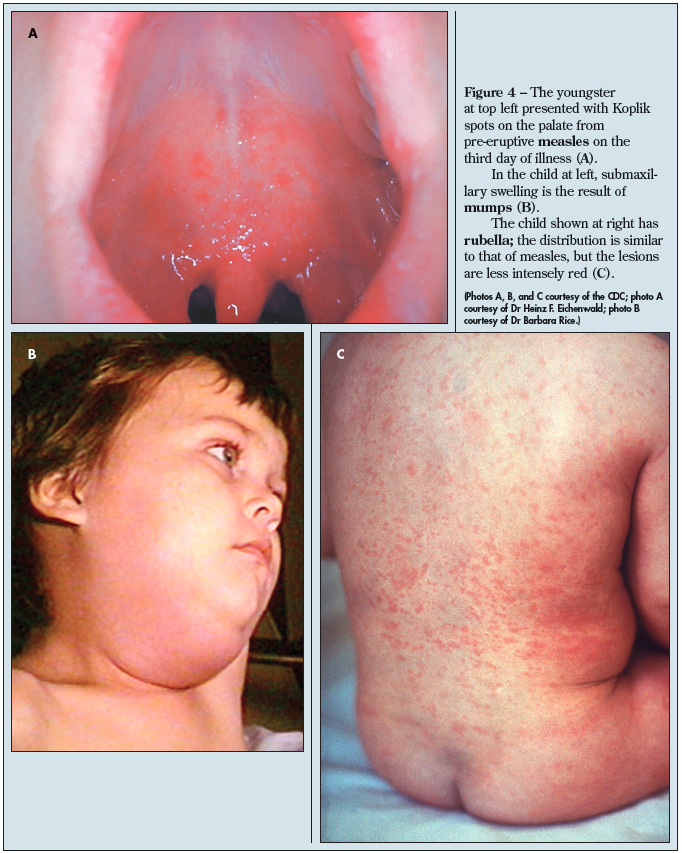