Do These Ankle Films Show More Than One Fracture? 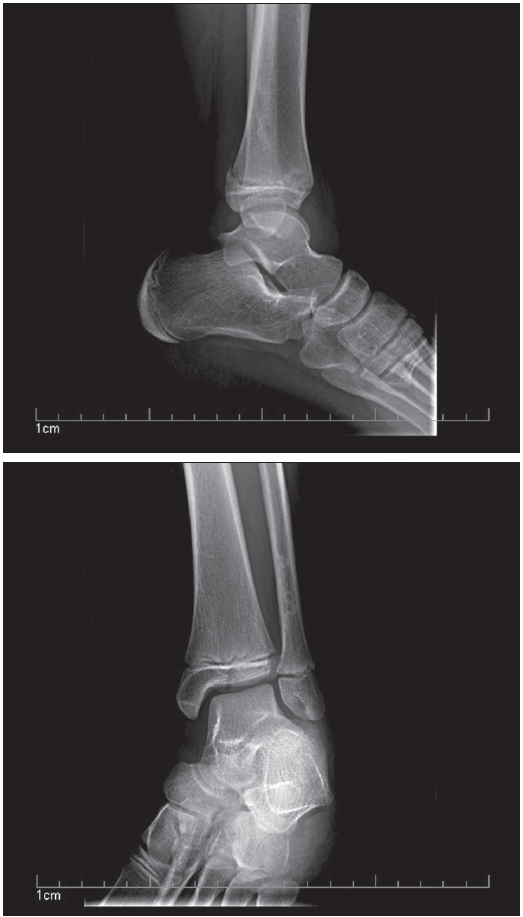 An 11-year-old girl presented to the emergency department with a limp after she had slipped and fallen on her left foot. As she fell, the foot became caught underneath her, twisting in a plantar inverted direction.

Examination revealed localized tenderness and swelling over the left lateral malleolus. The child had limited dorsiflexion and plantar flexion of the ankle secondary to pain.

Lateral and anteroposterior plain radiographs of the left ankle are shown.

What do the findings suggest?

E. All of the above.

Answer: E, all of the above

The radiographs showed a Salter-Harris IV fracture. CT scans confirmed the presence of a triplane fracture of the distal tibial epiphysis (Figure). 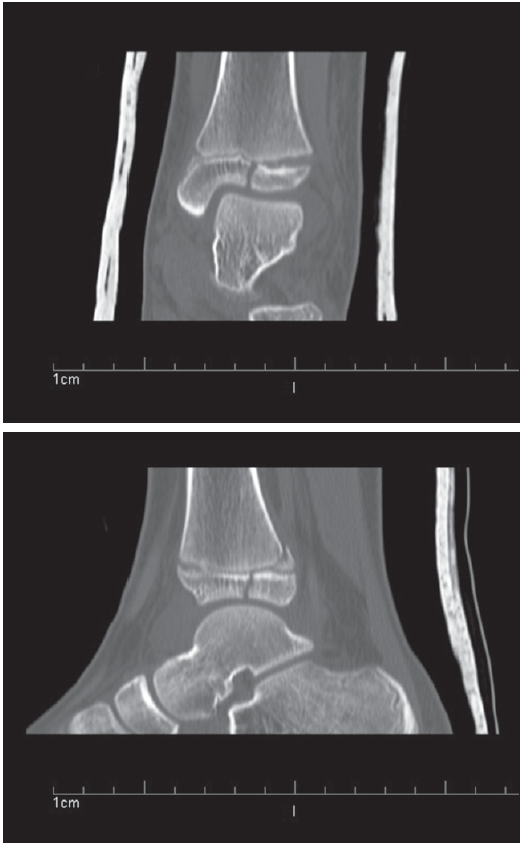