Delusional Infestation and the “Specimen Sign”: The Diagnosis Is in the Bag

A 66-year-old woman presented with a 4-month history of severe pruritus in the scalp and a sensation of insects crawling out of her head onto the surrounding skin. She believed that she had been infested with head lice, and she had treated herself with over-the-counter preparations on 5 occasions. She had wet-combed her hair to remove the nits, eggs, and lice that she put onto paper towels inside a plastic bag. She brought the bag to the clinic (Figure). In the past, she had hired an exterminator at her house on more than one occasion. 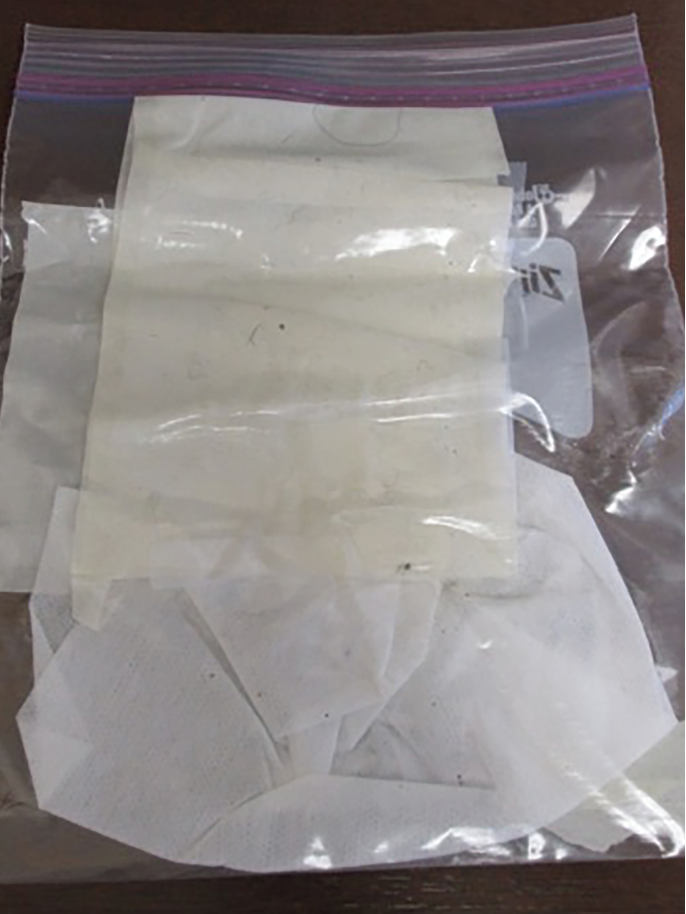 She did not smoke, consume alcohol, or take recreational drugs. She was not on any medication, and she did not have any known medical illness.

On physical examination, the woman had patchy alopecia and excoriations on the scalp, but no parasites or eggs were noted on the scalp or hair shafts. Dermatoscopic examination of the specimen that she had brought with her did not show any eggs or insects. This patient was referred to a psychiatrist and was treated with risperidone. Noticeable improvement was seen after 3 months of therapy, with clearance of the problem at about 6 months.

Patients with delusional infestation have a fixed, unshakeable, false belief that they have skin symptoms due to infestation with parasites, insects, worms, bacteria, or viruses, or infiltration by organic and inorganic fibers, threads, or other forms of inanimate particles.4 They often complain of cutaneous sensations of formication (eg, crawling, stinging, biting), sometimes pruritus, and occasionally a pins and needles sensation in the absence of any objective evidence of infestation.4

Approximately 25% to 50% of patients bring along with them specimens such as skin debris, tissue paper, and hair in containers in an attempt to show the physician that the imaginary infestation does exist—the “specimen sign” or the “matchbox sign.”5 Characteristically, affected patients use fingernails, exfoliators, or tweezers on supposedly infested body areas to remove the pathogen from under the skin.4 They may use pesticides on themselves and hire exterminators to identify the pathogen. Excoriations, erosions, ulcerations, lichenification, prurigo nodularis, and hair loss may be found on physical examination, all of which are factitious in origin resulting from the patient’s efforts to dig out the perceived offending organism.6 This may create a vicious cycle of skin lesions, cutaneous sensations of formication/pruritus, and delusional beliefs.

Affected patients lack the insight as to the psychiatric nature of their disease. They often react very negatively to any suggestion that there is a psychological cause for their symptoms.

Diagnosis of delusional infestation is based on a typical history and a lack of clinicopathologic evidence of a true infestation. The specimen sign, when present, is pathognomonic.

The treatment of choice is an antipsychotic medication such as pimozide or risperidone, typically for months to years.7 Engagement of the patient with a psychiatrist is helpful in management. In this regard, establishment of trust with the patient is important in order to encourage acceptance of antipsychotic treatment. For secondary delusional infestation, the underlying cause should be treated whenever possible.

Benjamin Barankin, MD, is a dermatologist and medical director and founder of the Toronto Dermatology Centre in Toronto, Ontario, Canada.

Alex Wong, MD, is a clinical assistant professor of family medicine at the University of Calgary in Calgary, Alberta, Canada.