A boy was born at 31 weeks’ gestation by cesarean delivery to a 43-year-old primigravida woman who was experiencing severe preeclampsia. The newborn had an Apgar score of 2 at 1 minute and 7 at 5 minutes. The pregnancy had been complicated by gestational diabetes mellitus that had been controlled with dietary measures. There was no history of consanguinity, surgery, trauma, or exposure to drugs, alcohol, or other toxins during pregnancy. However, the meconium toxicology results were positive for cannabinoids.

On the second day of life, bilateral lumbar and inguinal hernias were noted (Figure 1). 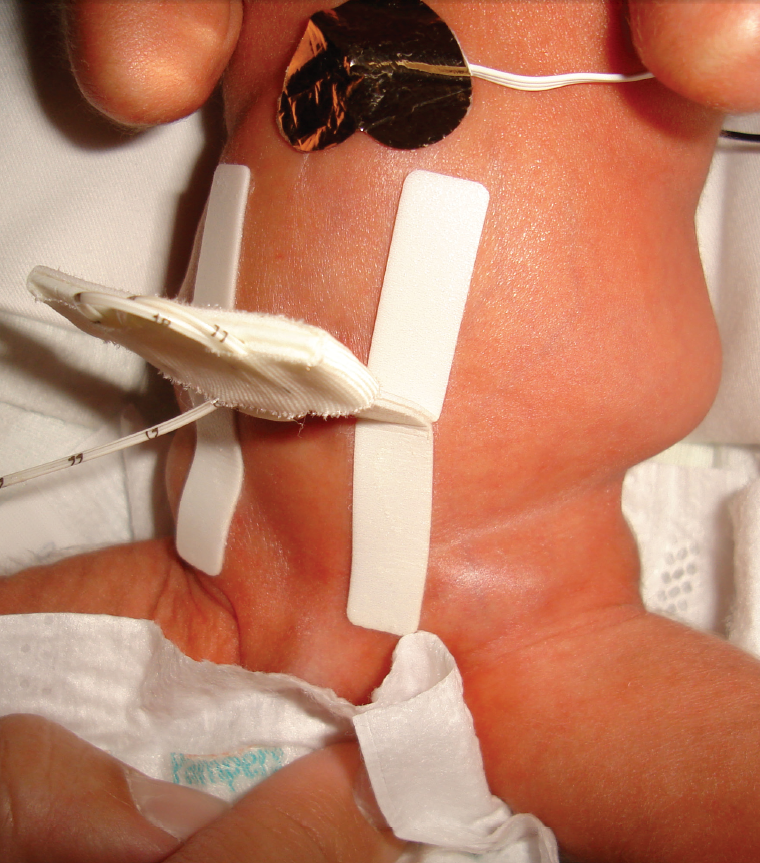 Plain chest and abdominal radiographs showed air-filled loops of bowel within the left lumbar region, scoliosis, and vertebral and costal abnormalities (Figure 2). The 6th through 12th ribs on the right and the 3rd through 9th ribs on the left were hypoplastic, and 1 rib was missing on the right. Thoracic vertebral bodies 8 through 10 also were hypoplastic, and mild lumbar scoliosis was noted. 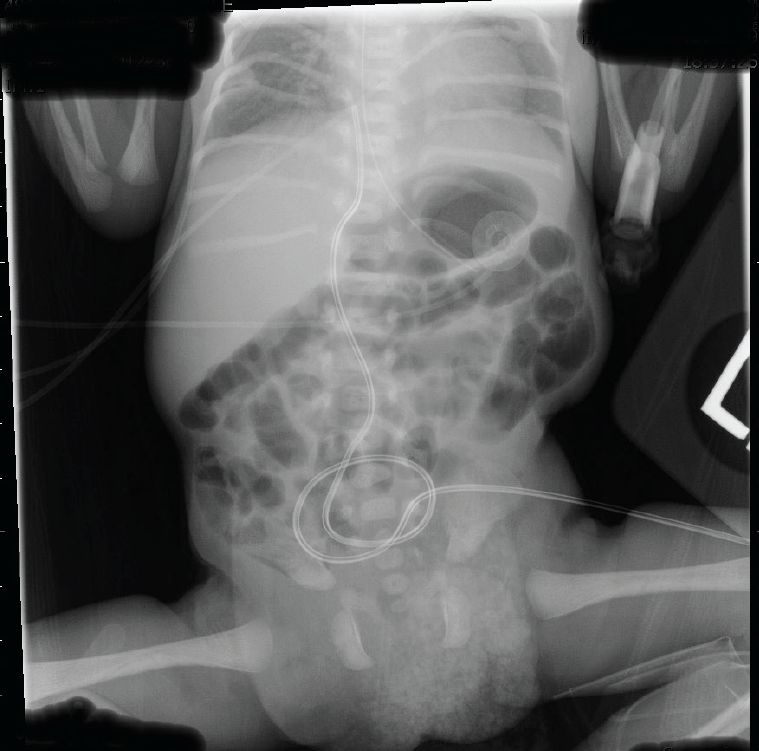 Figure 2. Radiographs of the newborn showed costovertebral abnormalities, scoliosis, and a hernial sac with an air-filled loop.

MRI of the spine showed a tethered spinal cord at the level of the 4th and 5th lumbar vertebrae and absent posterior elements of the lower sacrum (Figure 3). An echocardiogram showed mild left pulmonary stenosis.

At 1 year of age, chest and abdominal radiographs showed dysmorphic ribs, 11 pairs of ribs, spina bifida (from the 12th thoracic vertebrae to the sacrum), levoscoliosis of approximately 27° (from the 8th thoracic to the 5th lumbar vertebrae), and decreased anteroposterior diameter of the lumbosacral vertebral bodies (Figure 5). 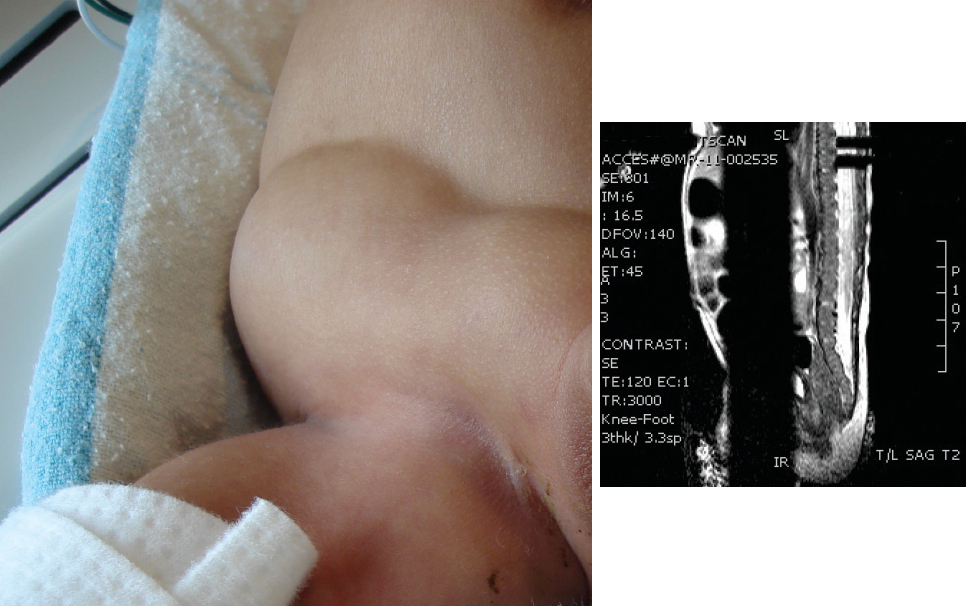 Figure 3. MRI showed a low-lying spinal cord, absent posterior elements of the sacral vertebrae, and a tethered cord at the 4th and 5th lumbar vertebrae.

Congenital lumbar hernia (CLH) is a rare anomaly, with fewer than 70 reported cases since the earliest report in 1803.1,2 Cases of CLH usually have been associated with lumbocostovertebral syndrome (LCVS), a condition that includes hemivertebrae, absent ribs, and abdominal wall muscle hypoplasia presenting as CLH. LCVS is a rare condition, with only 16 cases reported in the English literature.1 LCVS usually presents as an asymptomatic large mass in the superior lumbar triangle (Grynfeltt-Lessshaft triangle) or in the inferior lumbar triangle (Petit triangle).1

LCVS has been reported in an infant of a diabetic mother.1 The inguinal hernias present in our patient have not been previously reported in a patient with LCVS. 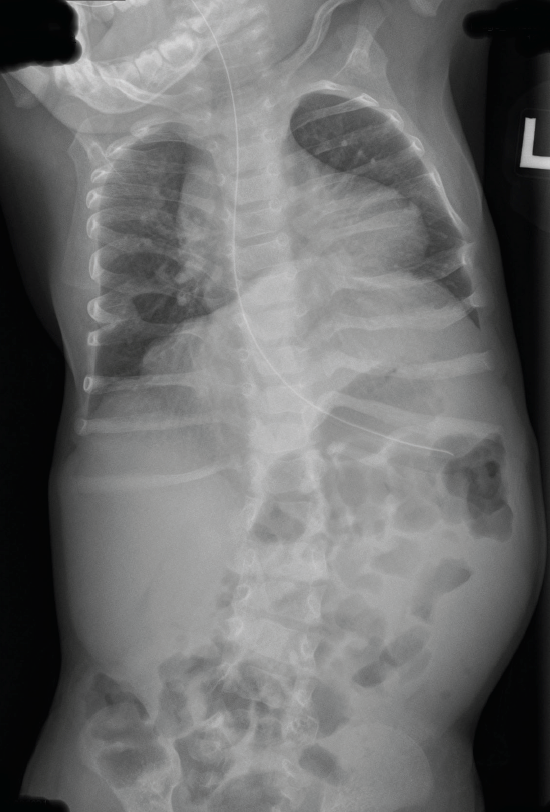 Lumbar hernias should be repaired early so as to avoid incarceration and strangulation. Surgical repair is recommended before 12 months of age.5

CLH may include a more extensive deficiency of the entire lateral abdominal wall extending to the rectus sheath and inguinal ligament; as a result, satisfactory closure of the defect without the use of prosthetic material may be difficult or impossible.

The traditional repair technique is an open approach in which the defect either is closed directly or is closed using a prosthetic mesh. Transabdominal or extraperitoneal laparoscopic approaches also can be used for the repair.5

Eugene Garrow, MD, is in the Department of Surgery at SUNY Downstate Medical Center in Brooklyn, New York.

We thank Christopher Duffy, medical library manager at Somerset Medical Center in Somerville, New Jersey, for his assistance, and Sylvia Sutton-Thorpe, Chrystal Puvabanditsin, and Christina Puvabanditsin for their assistance with the preparation of this manuscript.