A 2-year-old girl presented with her mother to a general outpatient pediatric clinic with a 4-day history of a facial rash (Figure 1). Two days prior to rash onset, the child had played outdoors for approximately 1 hour in a geographic region where 35 to 45 inches of snow had just fallen. The child was dressed warmly for outdoor play, but she did not wear a scarf.

Aside from the facial rash, the child had no other complaints. The area was slightly pruritic; the mother had observed the child scratching the area when asleep. There were no relieving or exacerbating factors. The child’s past medical history was noncontributory, except for a history of atopic dermatitis. No treatments for this facial rash had been employed. 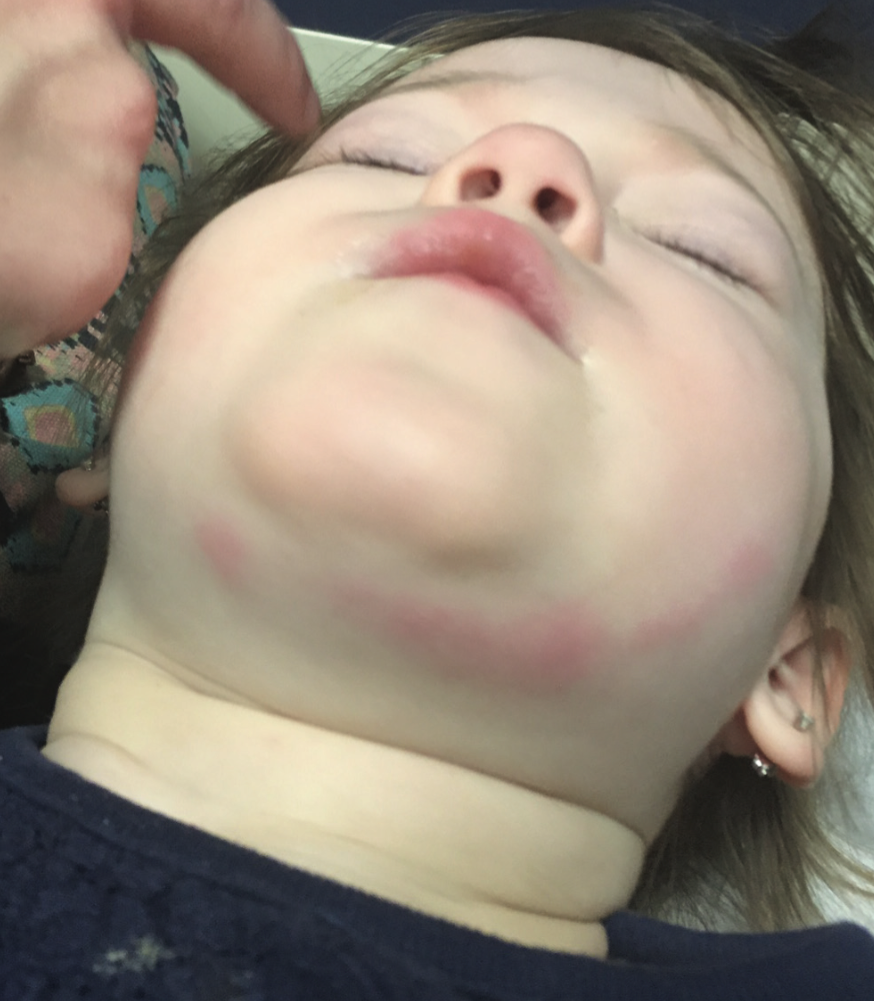 Figure 1: This facial rash appeared on a 2-year-old girl 2 days after playing in the snow.

On examination, the patient was afebrile and well appearing. The left facial area featured a slightly raised and erythematous plaque extending from the submental area, crossing the submandibular zone, and continuing superiorly in a curved, linear pattern along the midcheek, to the area parallel to the nasolabial fold (Figure 2).

The child fussed slightly when she was examined, indicating that the affected area possibly was slightly tender. However, the affected area was not indurated or warm. There were no other skin lesions, and the rest of the physical examination findings were noncontributory.

The girl received a diagnosis of cold panniculitis, which is a clinical diagnosis made with the combination of exposure history and rash visualization. This rash of cold panniculitis is seen almost exclusively in children, and it is secondary to irritation and inflammation of subcutaneous fat after exposure to cold temperatures.1,2 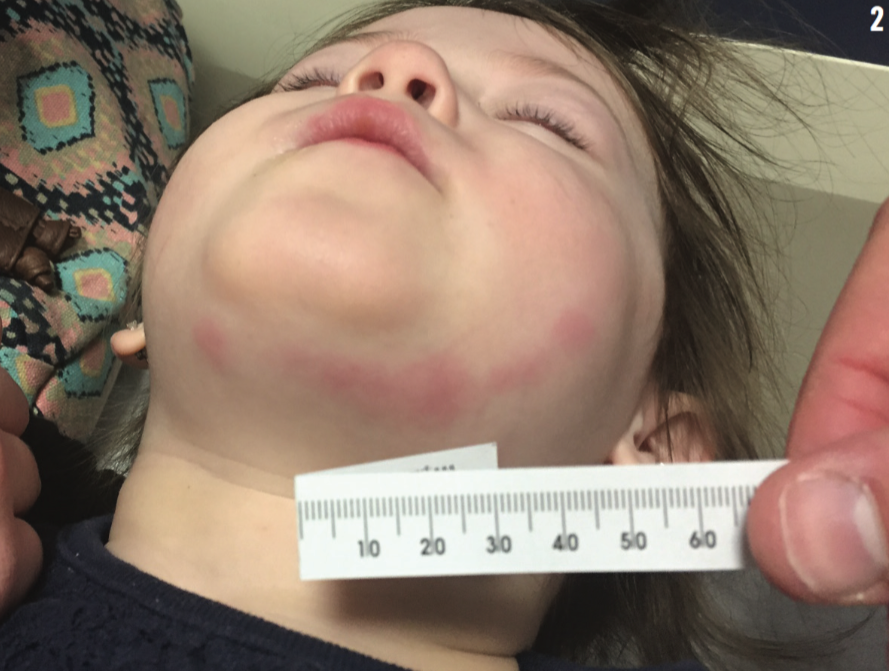 This patient had a history of extensive play in cold temperatures and snow, and her rash was located in an area of exposed skin. During physical examination of the child, it was noted that when tears streamed down her face, they followed the exact contour of the rash. This led to the conclusion that stressors (such as tears or melted snow) added to the integument exposed to the cold environment could have supported the development of cold panniculitis.1

Other types of panniculitis can arise from trauma, malignancy, and immune-related disorders.

Treatment of cold panniculitis is supportive, with the patient advised to avoid cold exposure.3 The rash should resolve within 1 to 2 weeks, assuming no further exposure to cold elements. Oral diphenhydramine given at bedtime may help if pruritis disrupts sleep.

R. Steven Stefancic is a medical student at the West Virginia University School of Medicine in Morgantown.

Jay H. Meyer, MD, is a pediatrics resident at the West Virginia University School of Medicine in Morgantown.

Linda S. Nield, MD, is professor of pediatrics and medical education at the West Virginia University School of Medicine in Morgantown.