Dr Messner is a clinical assistant professor in the department of pediatrics at the University of Florida College of Medicine in Gainesville. He is also a member of the divisions of child protection and forensic pediatrics and general pediatrics.

An almost 7-year-old girl was referred to Child Protective Services for evaluation of suspected sexual abuse after a school nurse noticed marks on her neck (Figure). The nurse was concerned that the marks were "hickeys," or suction marks, made by another person's mouth.

When the girl was questioned by the nurse about how the marks were made on her neck, she could not offer any explanation at first. After further questioning, the child recalled that she had tripped over a soccer ball and struck her neck on some tree roots. The nurse was not satisfied with this explanation and suspected that the child had been abused.

The child denied that anyone had ever touched, licked, or kissed her neck. (She said that if someone ever did touch her like "that," she would tell her mother.) When asked how she received the marks on her neck, she repeated that she had fallen on a soccer ball and struck her neck on some tree roots.

The child had oval, petechial lesions on both sides of her neck. There were no other abnormal physical findings.

What diagnostic clues can you glean from the clinical history and photograph? 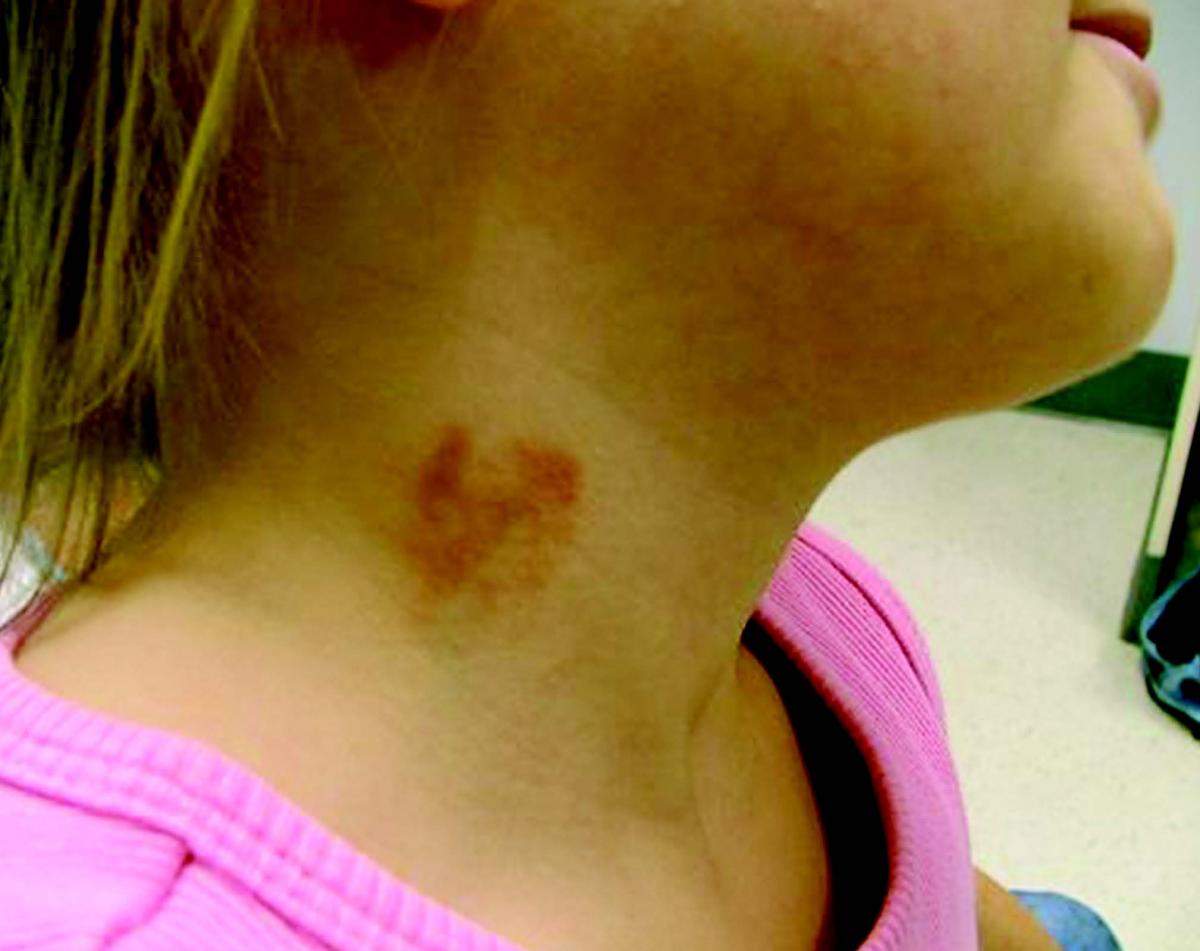 The lesions on this child's neck were friction-induced petechial lesions. 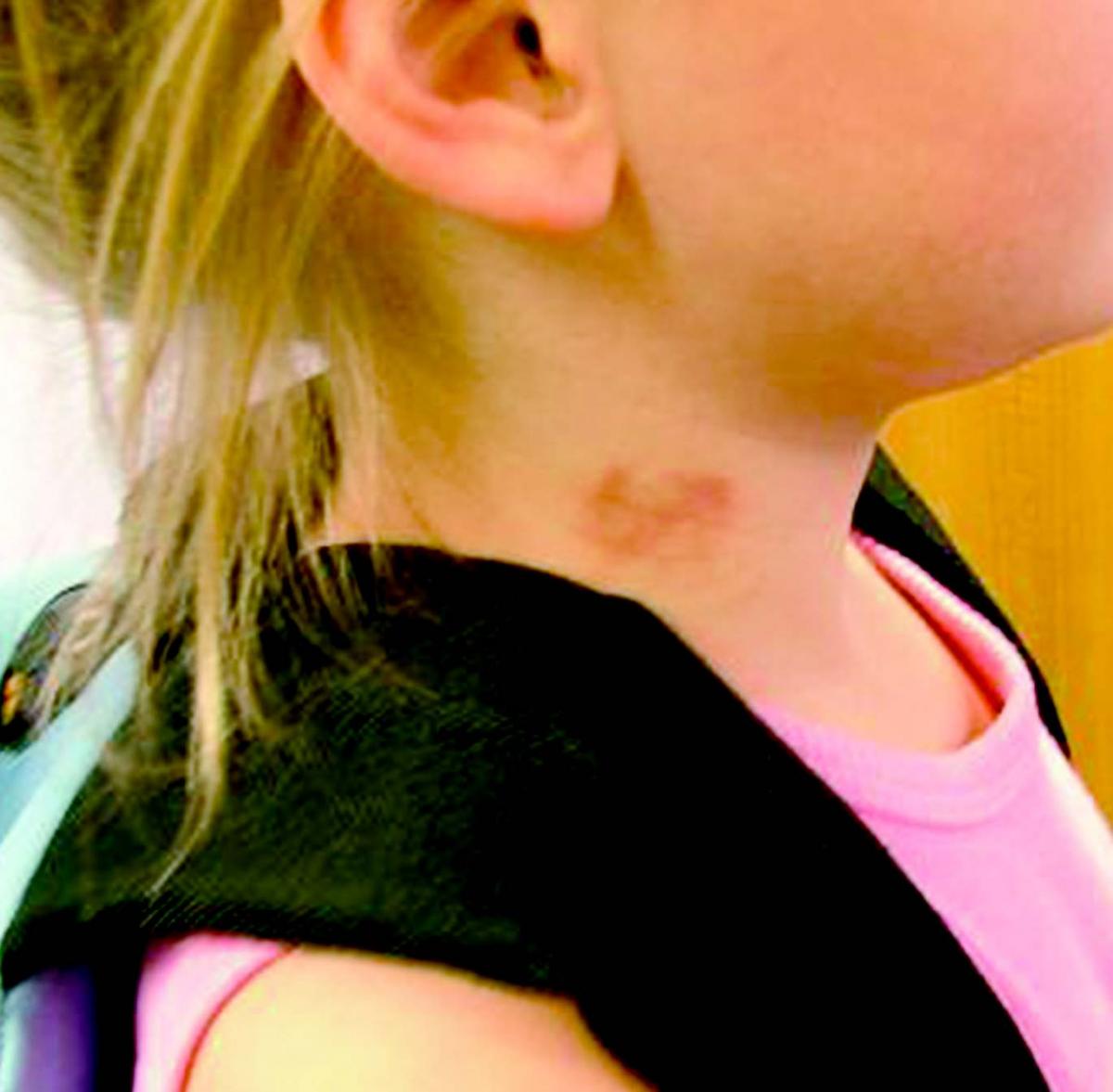 The history provided by the child is vital to the diagnosis. Her consistent denial that anyone had touched her neck, coupled with her explanation about what she would do had such an act occurred (ie, she would tell her mother), makes it unlikely that this child is a victim of abuse. When children who present to child protective teams for allegations of sexual abuse do not have any physical findings, the stance of the medical examiners is to believe the child's history.

This was highlighted by Adams and colleagues,1 who wrote that "more emphasis should be placed on documenting the child's description of the molestation and educating prosecutors that, for children alleging abuse, 'it's normal to be normal.'" The converse also holds true--when a child who is mature enough to provide an acceptable history and who does not appear to have been coached denies any wrongdoing, we as medical providers should explore alternative explanations for findings.

In this case, the child adamantly denied that she was intentionally injured, but the bilateral lesions made the explanation she offered unlikely. The marks certainly appeared to be consistent with suction-induced petechiae. Given her history and the symmetry of the marks, however, an alternative explanation was sought. 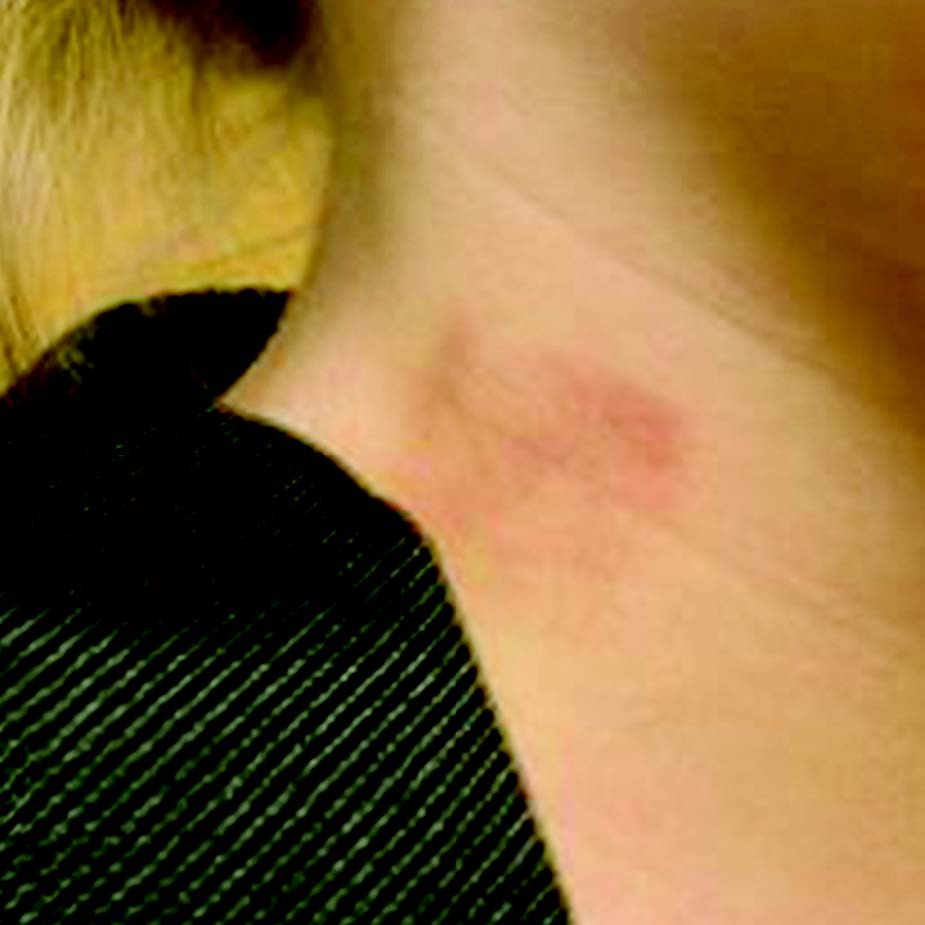 While every case of suspected child abuse clearly needs to be investigated on an individual basis, it is vital to take the history provided by the child into account. This holds for cases in which a history of abuse is either provided or denied. It is often possible to ascertain whether a child has been coached into denying abuse during the history-taking process. Just as in any field of medicine, when the history and physical examination results do not correlate, it is important to expand the differential diagnosis.