Chest Mass in an Infant With Stridor

These chest radiographs (Figures 1 and 2) were obtained from a 2-month-old boy who was admitted to the hospital for evaluation and management of inspiratory stridor, which had begun at 4 to 6 weeks of age. The films showed a mass in the left side of the infant’s chest.

On admission to the hospital, the infant had clinical findings consistent with mild laryngomalacia characterized by mild inspiratory stridor, normal voice quality, and normal oxygen saturation.

Another significant finding on physical examination was hypospadias, with the urethra emerging on the underside of the glans penis. The testes were normal. 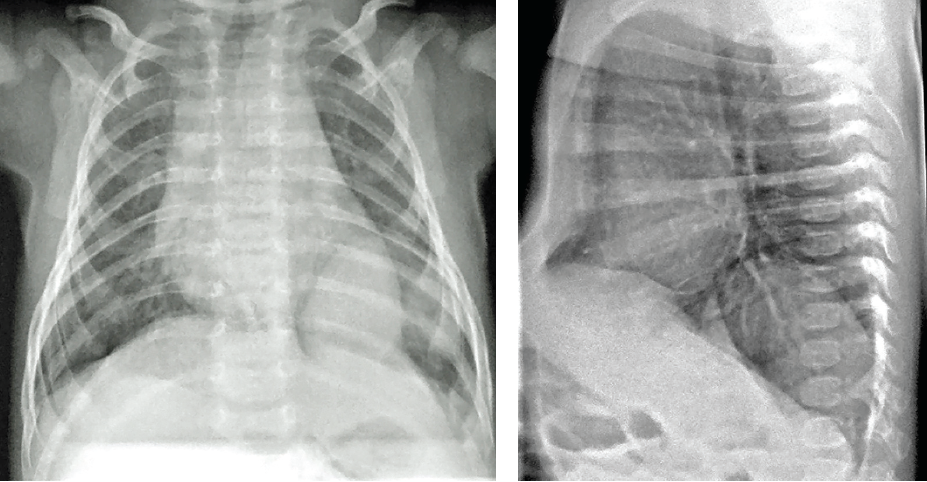 How do you read these images?

Based on the radiographs and clinical presentation, the infant received a diagnosis of left thoracic ectopic kidney.

Thorough radiologic evaluation showed the child’s right kidney to be anatomically normal. Both kidneys were shown to be functioning normally, with no evidence of vesicoureteral reflux.

After discharge from the hospital, the patient underwent surgical repair of his hypospadias at 6 months of age. The child is now 3 years of age, and his laryngomalacia has totally resolved. His urologic status remains normal.

Burke and colleagues in 1967 compiled a list of 31 cases of intrathoracic kidney.5 They found the left kidney to be most commonly ectopically situated, and they described no case of bilateral ectopic kidneys. The patient’s sex was known in 17 of the 31 cases; 15 were male. The intrathoracic kidneys were asymptomatic, and in all cases, their function was unimpaired.5

Cases of isolated intrathoracic kidney in children, without evidence of bowel herniation, can be safely managed nonsurgically with observation alone,4 as was the case with this patient. The ectopic kidney usually is asymptomatic, although associated urologic abnormalities can occur in children, such as our vesicoureteral reflux, contralateral renal dysplasia, cryptorchidism, and (as in our patient) hypospadias.9