Chad A. Hoyt, MD, FACC, FACP, ABIM, is a cardiologist with The Cardiovascular Group, a division of Centra Health Medical Group in Lynchburg, Va.

Dean G. Gianakos, MD, ABIM, is on the residency faculty at Centra Health Lynchburg Family Medicine in Lynchburg, Va., the associate director and associate professor of clinical family medicine at the University of Virginia.

A 45-year-old premenopausal Caucasian woman with no coronary risk factors presented to a rural community hospital complaining of substernal, burning chest pain. EKG on arrival demonstrated ST elevation in leads V2-V5. The first troponin level was 0.05. Arrangements were made for transfer to a cardiac treatment hospital.

The cardiologist at the accepting hospital reviewed the EKG via fax. He and ordered initiation of half-dose thrombolytic therapy (TNK) along with Integrilin and Lovenox. During transfer, the patient became pain free; she had a total of two hours of chest pain. On arrival, a repeat EKG demonstrated resolution of the ST elevations. Her troponin on admission was 108, CK 1400- with an MB fraction of 60. She remained stable in the coronary intensive care unit, with a planned cardiac catheterization the following morning. 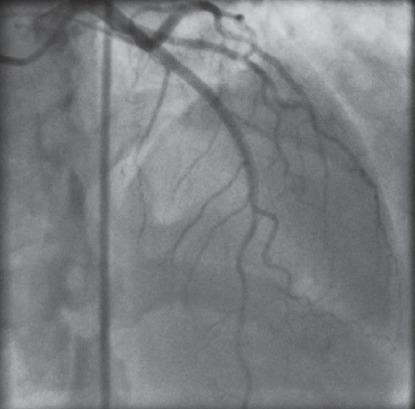 Figure 1. the coronary circulation with dye allowing slight visualization of the dissection in the left anterior descending (lAD) artery.

Cardiac catheterization revealed “an area of haziness and contrast retention which propagated distally through areas of tortuosity to a diameter of approximately 1 mm within the left anterior descending (LAD) artery. The findings were consistent with spontaneous coronary artery dissection (SCAD). Due to the length of dissection, the tortuosity of the LAD, and the 2 mm difference in diameter between proximal and distal segments, stent placement was not recommended. Cardiac ejection fraction was 55%.

Outcome of this Case

Later in the day, the patient developed chest pain and ST-elevation on EKG. She underwent urgent, off-pump coronary artery bypass grafting (CABG) of the LAD using the left internal mammary artery. Surgery was successful. She remained in the hospital five days, and was discharged in good condition. 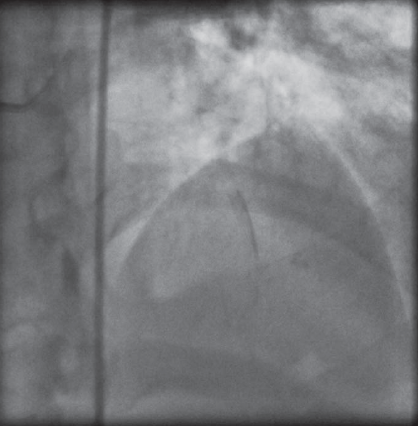 Figure 2. the area of the lAD where the dissection had occurred by allowing visualization of retained dye that had leaked into the vessel wall.

SCAD is a rare cause of myocardial infarction. Approximately 300 cases have been reported in the medical literature. Of those, 80% of the cases occur in women 35 to 40 years of age.1 One-third occur in the third trimester of pregnancy or within three months post-partum.2,3 SCAD has also been reported in women during their menstrual cycles.4

The cause of SCAD is not known. However, estrogen is believed to have an atheroprotective effect.5,6 Although estrogen rises during the third trimester of pregnancy, it abruptly declines following delivery and during menstruation, suggesting that low estrogen levels may be a mechanism of disease in these women.

Mortality of SCAD is 75%, and most patients are diagnosed post-mortem.1,2 The LAD is involved in 78% of cases, with left main and multivessel dissection in 24% and 40% respectively.3 Patients who survive SCAD have an 82% chance of long-term survival.1 Treatment includes stent placement when possible. Conservative management is an option for stable lesions. CABG is reserved for left main disease, multivessel dissection, and/or atherosclerotic burden in ≥1 vessel.7,8

Medical management is similar to other acute coronary syndromes, with emphasis on anti-thrombotic therapy, aspirin, clopidogrel, glycoprotein IIb/IIIa inhibitors, and nitrates or ß-blockers. Thrombolytic treatment is controversial, because it can potentially extend the dissection. However, it has been successfully used in some patients.7