A 17-year-old male presented with swelling and pain in his left leg. The adolescent was obese, with a body mass index of 38.4 kg/m2. On presentation, his blood pressure was elevated at 180/111 mm Hg, and results of laboratory tests showed an elevated creatinine level of 1.7 mg/dL.

Based on the leg pain and swelling, he received a diagnosis of cellulitis. He was admitted to the hospital and treated with antibiotics. The hypertension and elevated creatinine were attributed to the pain but were refractory to intravenous pain medications. Results of the workup for secondary causes of hypertension, including fractional excretion of sodium, cortisol, urinary eosinophils, urinalysis, echocardiography, and renal Doppler ultrasonography, were negative. The patient was diagnosed with primary hypertension and was treated with amlodipine and furosemide, with good response noted. 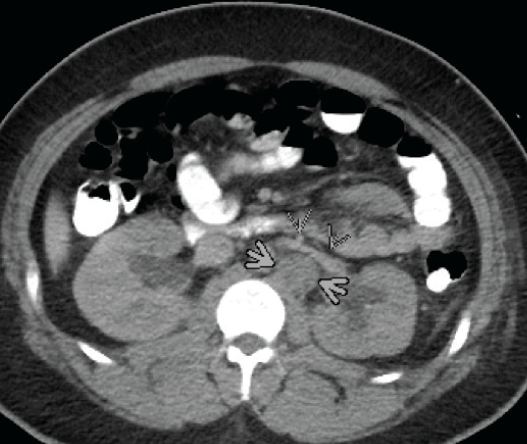 At the post-hospital follow-up, the patient’s blood pressure was 160/98, his creatinine level was 12.6 mg/dL, and he was anuric. He was admitted to the pediatric intensive care unit, at which time findings of a genitourinary examination included a left testicular/scrotal mass that had not been noted previously.

A biopsy sample of the mass was obtained, and pathology test results (Figure 3) were positive for myogenin, a specific marker for rhabdomyosarcoma (RMS). Subsequently, the patient received a diagnosis of retroperitoneal alveolar RMS. 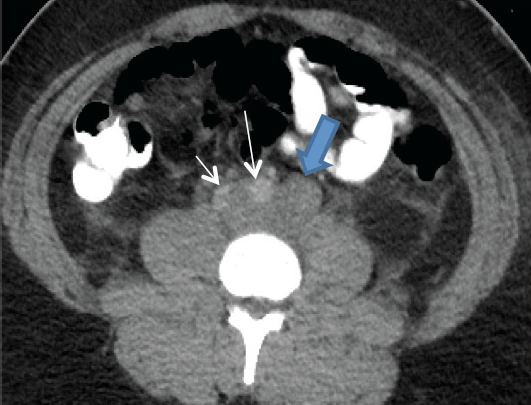 Our patient’s negative workup for secondary hypertension, his obesity, and the positive response to antihypertensives led to a diagnosis of primary hypertension.3 But the hypertension’s underlying pathology was a rare pediatric malignancy, RMS.

RMS accounts for 3.5% of childhood cancers.6 It usually presents in children younger than 14 years of age, and 30% of cases present in the retroperitoneum.6 The most common initial symptoms of retroperitoneal RMS are ascites and urinary obstruction,6 which were not present at our patient’s admission.

Only 3 cases have been reported in the literature in which patients with RMS initially presented with hypertension.7-9 Accordingly, based on our patient’s presentation and negative workup, the clinical suspicion for RMS was low. Magnetic resonance imaging (MRI) is the diagnostic modality of choice for suspected cases of RMS.7 Without a high index of suspicion for RMS, an MRI would not be pursued simply for hypertension.

This case offers an example of the importance of maintaining a high index of suspicion for secondary causes of hypertension, even with an essentially normal workup, particularly in cases where presenting symptoms are inconsistent with the final diagnosis. This case reflects the importance of pursuing a careful physical examination and comprehensive workup of newly diagnosed hypertension in children and adolescents before settling on a diagnosis of primary hypertension. 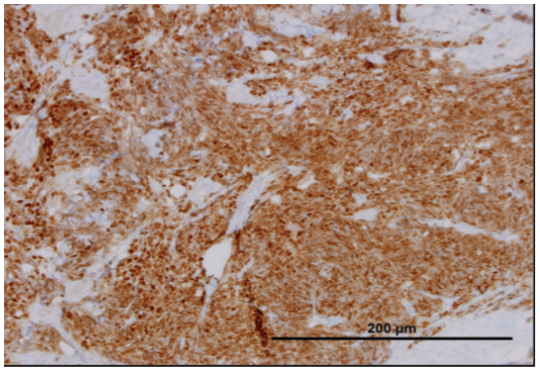 Nian Verzosa is a third-year medical student at the University of Illinois College of Medicine at Peoria.

Shaun Deese, MD, is a resident at OSF Saint Francis Medical Center and Children’s Hospital of Illinois in Peoria.

Harleena Kendhari MD, is an assistant clinical professor of pediatrics at the University of Illinois College of Medicine and a pediatric hospitalist at Children’s Hospital of Illinois.