A Boy With Septic Arthritis and Osteomyelitis Associated With Pantoea agglomerans

A previously healthy 10-year-old boy presented with recurrent, painful swelling and redness of his left elbow without fever after having fallen backward onto an aloe vera plant (Figure 1) 4 months ago.

Immediately after the fall, the boy had only experienced localized pain. One week later, however, his left elbow had become swollen, erythematous, and tender. At that time, he received a diagnosis of acute humeral osteomyelitis and septic arthritis, was hospitalized, underwent incision and drainage, and was given clindamycin for 6 weeks to treat suspected methicillin-resistant Staphylococcus aureus (MRSA), with clinical improvement. The wound and blood culture results were negative for bacteria and fungi. 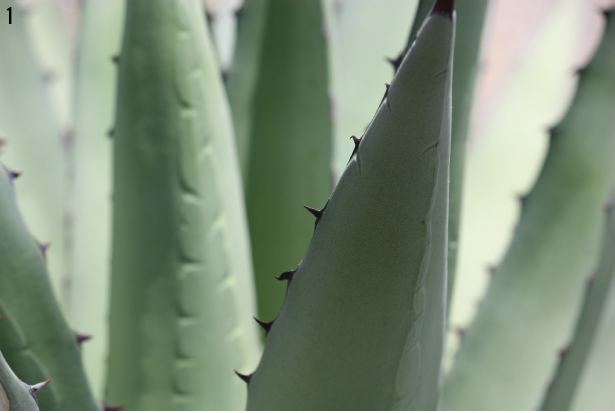 Two months before the current presentation, he experienced pain and swelling of his left elbow. He again was hospitalized, underwent incision and drainage, and was treated with clindamycin and ciprofloxacin. Bacterial, fungal, and anaerobic wound culture results again were negative. After another 6 weeks of antimicrobial treatment, he had a normalization of his inflammatory markers, and he experienced clinical improvement.

Nevertheless, pain and swelling in the same elbow returned a third time, a week prior to this presentation.

On physical examination, the boy had limited range of motion of his left elbow, with swelling and redness consistent with septic arthritis. Laboratory test results included a C-reactive protein level of 5.8 mg/dL, an erythrocyte sedimentation rate of 37 mm/h, and a white blood count of 7,800/µL.

The patient was treated with a regimen of trimethoprim-sulfamethoxazole and ciprofloxacin for 6 months for chronic osteomyelitis. After the antibiotic regimen, follow-up laboratory tests showed normal inflammatory markers, and he had experienced no recurrence of symptoms. 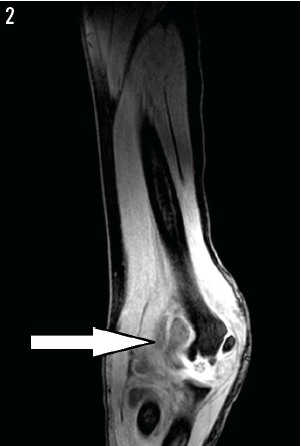 P agglomerans is a Gram-negative, aerobic bacillus found on plants and soil that have been contaminated by animal or human feces. Deep tissue and bone infections can occur after inoculation of the bacteria with the thorns of various plants, including palm, yucca, hawthorn, bougainvillea, sentry plant, blackthorn, cactus, rose, and lemon tree.1,2

The infection typically presents with chronic synovitis or osteomyelitis without fever.2 Aspiration of the joint reveals turbid fluid with a high leukocyte count with a predominance of polymorphonuclear cells.

Patients’ symptoms seem to respond with removal of the foreign body by surgical means and with appropriate antibiotic coverage. If osteomyelitis becomes chronic, an extended regimen of antibiotic therapy may be required.

When a patient presents with septic arthritis, empirical antibiotics administered to cover Gram-positive organisms such as MRSA may not treat infection with P agglomerans. The organism often is difficult to culture and identify by traditional means. Newer bacteria identification methods such as broad-spectrum 16S rDNA polymerase chain reaction assay have been used to identify this organism.3 This bacteria species has been linked to contaminated intravenous fluids, total parenteral nutrition, and blood products, particularly when these contaminated products have been administered to immunocompromised individuals.2,4

Although uncommon, P agglomerans should be considered in the differential diagnosis of patients with musculoskeletal infections, particularly patients with a history of thorn injury and negative wound culture test results.

Clifford N. Chen, MD, is an assistant professor in the Division of Hospitalist Medicine, Department of Pediatrics, at the University of Texas Southwestern and at Children’s Medical Center in Dallas, Texas.

Benjamin C. Lee, MD, is an associate professor in the Division of Hospitalist Medicine, Department of Pediatrics, at the University of Texas Southwestern and at Children’s Medical Center.