Boy With Pruritic Rash on Both Cheeks

Dr Adams is clinical associate professor of medicine at the University of Calgary. Dr Barankin is medical director and founder of the Toronto Dermatology Centre in Ontario.

Alexander K. C. Leung, MD—Series Editor: Dr Leung is clinical professor of pediatrics at the University of Calgary and pediatric consultant at the Alberta Children’s Hospital in Calgary 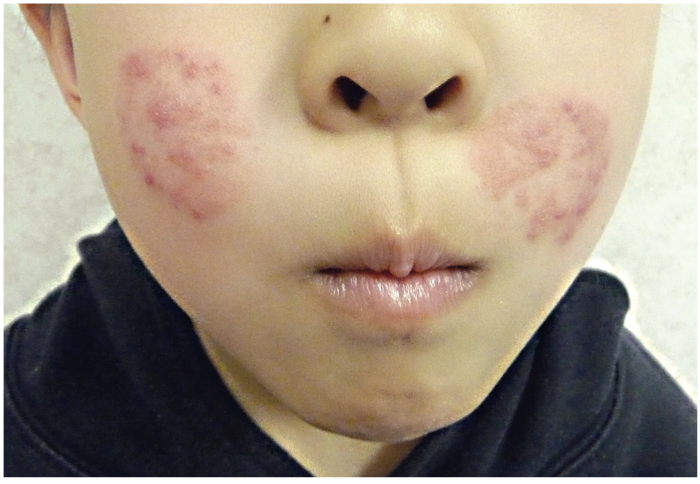 A 9-year-old boy presented with a pruritic, erythematous rash on his cheeks. He had been treated for 1 month with 0.1% betamethasone valerate cream. There was no associated fever or joint symptoms. His past health was unremarkable. All other family members were healthy and with no history of skin problems.

Normally, the dermatophytes that cause tinea faciei—Trichophyton rubrum, Trichophyton mentagrophytes, Trichophyton tonsurans, Microsporum cani,4,5 and rarely Microsporum gypseum6—can be eliminated from the stratum corneum by a cell-mediated immune response.7 It is believed that tinea incognito is caused by a corticosteroid/calcineurin inhibitor-modified response of the host to a fungal infection rather than a pharmacologic effect on the fungus.6

Corticosteroids mediate their anti-inflammatory effects through binding to a cytoplasmic glucocorticoid receptor in the target cells and forming complexes that enter the nucleus of the cell.8,9 Once inside the nucleus, the corticosteroid-receptor complex interacts with glucocorticoid-response elements and alters transcription of various proinflammatory genes, with resultant suppression of inflammatory cell lines and cytokines.10

Calcineurin inhibitors work by binding to a cytoplasmic immunophilin.9 The complex inhibits the activity of calcineurin to dephosphorylate the nuclear factor of activated T-cell, a transcription factor required to activate IL-2 gene transcription. Inhibition of IL-2 production blocks the activation of T helper cells and T regulatory cells, and the activation of natural killer cells and monocytes.11 The immune responses that stimulate inflammation are therefore down-regulated.

Corticosteroids/calcineurin inhibitors suppress the immune response mounted by the host and allow the fungus to proliferate easily.12 As a result, the inflammation and pruritus is inhibited, erythema and scaling are decreased, and the tinea may take on a bizarre appearance.2,12 Potent fluorinated corticosteroids seem most likely to produce tinea incognito.12,13 This is especially so when they are applied under occlusive dressings.4

The clinical manifestations of tinea incognito are highly variable. The rash can be rosacea-like, eczema-like, or discoid lupus erythematosus–like, especially on the face; and impetigo-like or eczema-like on the trunk and limbs.14 The lesion can sometimes be pruritic and may be accompanied by a burning sensation.16

Tinea incognito should be suspected in a patient with any erythematous, scaly patch or plaque that fails to respond to treatment with corticosteroids or calcineurin inhibitors; this is especially the case when the rash is unilateral. The diagnosis can be confirmed by finding the fungal mycelium in the stratum corneum using a potassium hydroxide preparation of scrapings from the lesion. 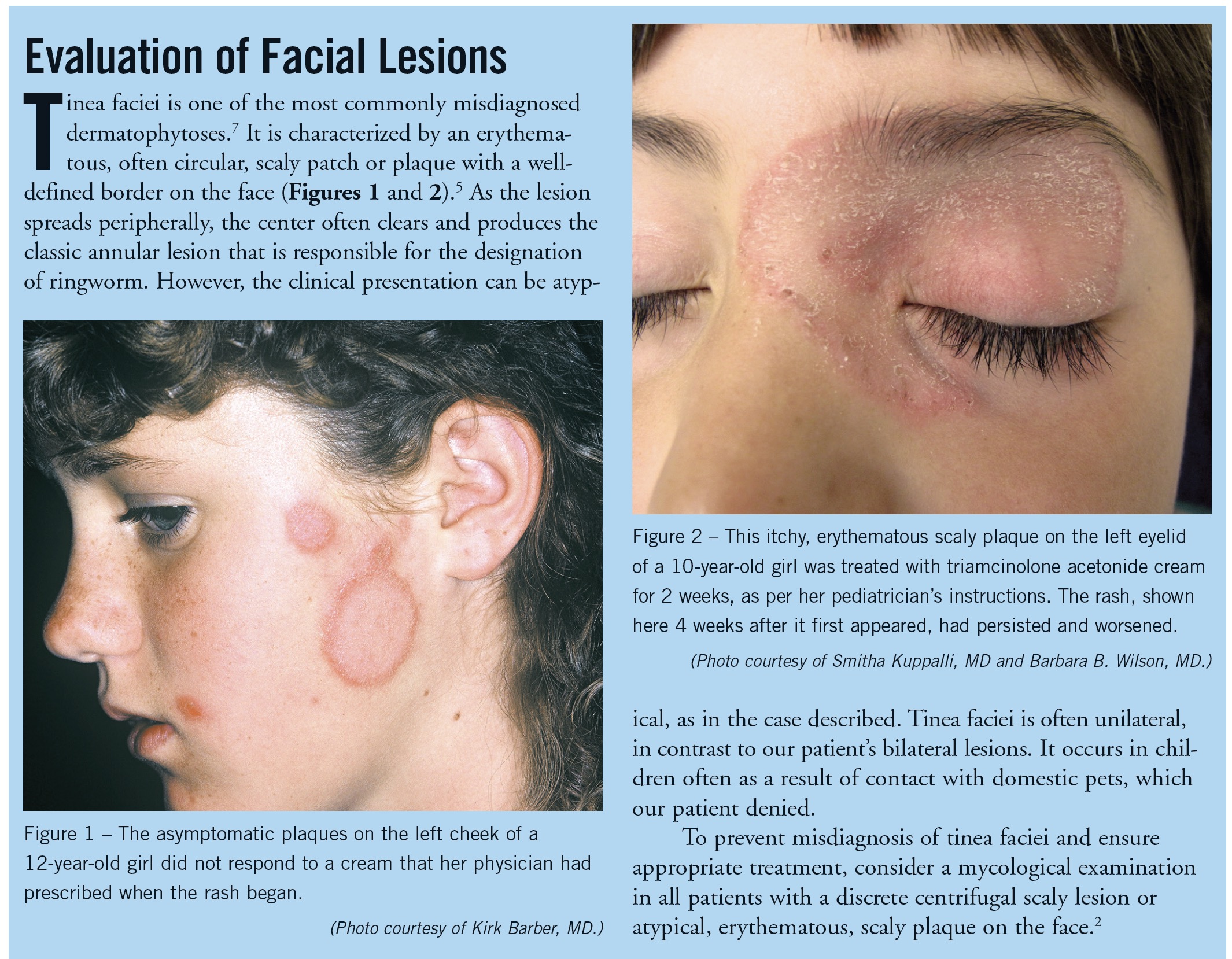